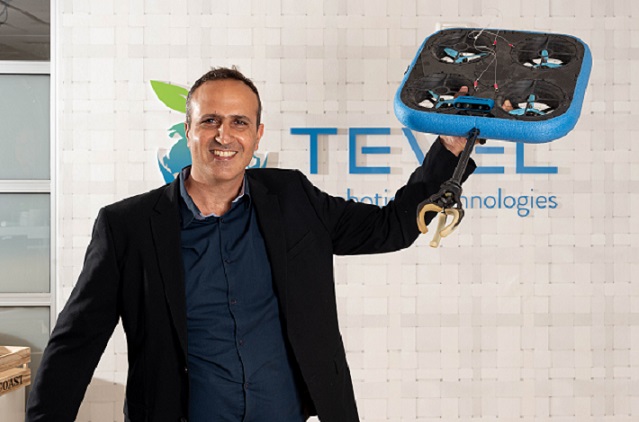 Tevel Aerobotics Technologies is an Israeli startup which utilizes drones to harvest fruit. The company develops is own tech and is completing a $20 million fundraising round for a valuation of $45 million.

So now Startup Nation is even making new ways to harvest fruit.

Tevel Aerobotics says that its mission is to lead the transformation from manual fruit picking into on-demand, flying autonomous robots. 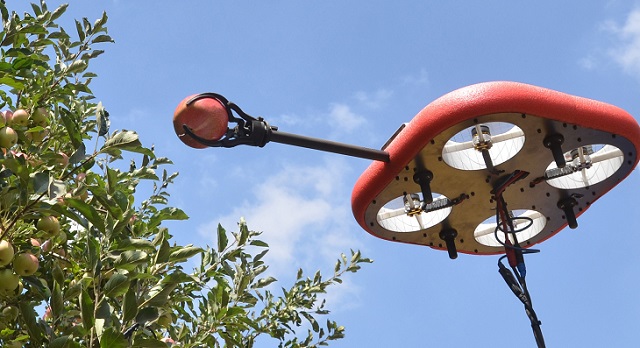 A Tevel Drone in action

Everybody is talking about drones these days, or if you prefer UAVs – unmanned aerial vehicles. The American military has been using them for years to “take out” terrorists. While this practice avoids risking the lives of soldiers, it has met with a fair share of controversy for a number of reasons.

Amazon has been experimenting with drones to make deliveries. Just schedule a time when you will be home and the company will soon drop off your order at your doorstep by air, bypassing the postal service. And with all of the complaints with America’s mail these days such a service is surely welcome.

So drones are no longer jus toys for kids to play with, flying them around in parks. They can now be used to accomplish certain tasks which may be dangerous and thereby not risk anyone’s welfare.

But the downside, of course, is that drones can now also be used to replace people in many industries and as a result do away with many jobs.

But Tevel Aerobotics Technologies LTD is not about doing away with labor. It is about finding ways to solve the problems with labor shortages where they exist.

Sure customer service and sales jobs can be outsourced to just about anywhere in the world. New technologies make international calling so cheap that someone sitting in India or Thailand and speaking with a perfect American accent can field calls about service complaints for a cell phone provider coming from Cleveland or Detroit.

But when it comes to agriculture, what can you do? 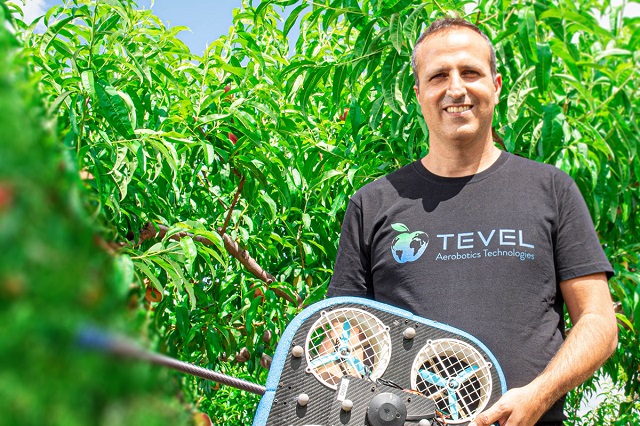 Israel has had problems in recent years with filling the open jobs in the agricultural field. Tevel Aerobotics Technologies’ CEO and founder Yaniv Maor spoke about this issue in an interview with Jewish business News.

“One of the biggest challenges today in agriculture is a shortage in labor,” said the company’s 46 year old leader.

Yaniv first got the idea for Tevel about a decade ago while watching a news report on television about how Israel was suffering from a labor shortage in agriculture. Young Israelis were offered a considerable sum of money to work in orchards and none of them lasted even one full day.

They all found the work to be too difficult.

Israel had basically “imported” agricultural labor from the Far East for some time. But this was a costly process with many bureaucratic obstacles to get through. This, combined with the short annual period of fruit harvesting in Israel, led to an end for such programs.

So Yaniv Maor looked for a way to solve the problem of labor shortages — not a means to have machines replace people who already did this work.

“I was affected by the fact that farmers cannot even bring people to work. So when I founded the company I realized that this was an even bigger problem than I thought.”

Yaniv already wanted to do something about this problem ten years ago, but the technology available to realize his dream did not yet exist then. Not until three years ago.

Yaniv Maor studied for a BSc. and an M.E. in computer engineering and systems engineering at Israel’s renowned Technion in Haifa. Yaniv has 20 years of experience with leading R&D projects and companies in the consumer electronics, industrial and defense markets.

So where did the idea of combining unmanned aerial vehicles with harvesting fruit come from?
“In the kitchen at home I was thinking about how to solve these problems in a smaller cost effective way, and then it came out- why not to have flying robots like birds?,” said Yaniv.

Yaniv Maor submitted patents for he devices which he designed and built himself. The Tevel founder also tested his creations with oranges in his home garden. 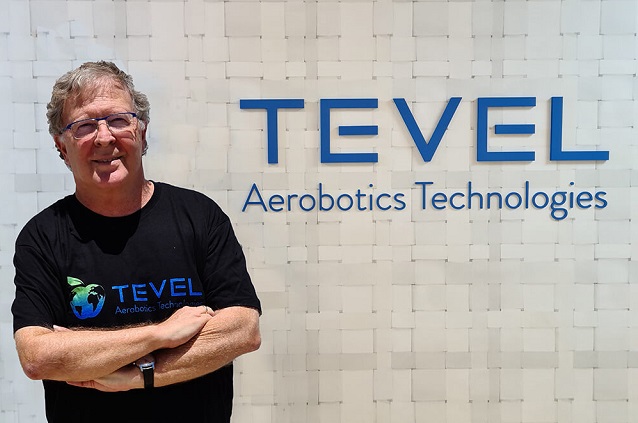 He raised Tevel’s initial capital on his own in just six months, acquiring $1.3 million in seed funding, some of it with the support of Oz Desheh and Eyal Desheh.

Unfortunately, Oz Desheh, co-founder of Tevel Aerobotics Technologies and an extraordinary and talented person, passed away from brain cancer during its seed investment round.

His brother, Eyal Desheh, joined in his place as company Chairman.

The company’s name came from Yaniv’s daughter. It means universe.

One thing that Yaniv was adamant abut was that we acknowledge the team effort behind the company. So here is their team picture:

Some day you might find yourself eating an orange or an apple which was picked from a tree by a drone. When you do, remember who made it all possible.