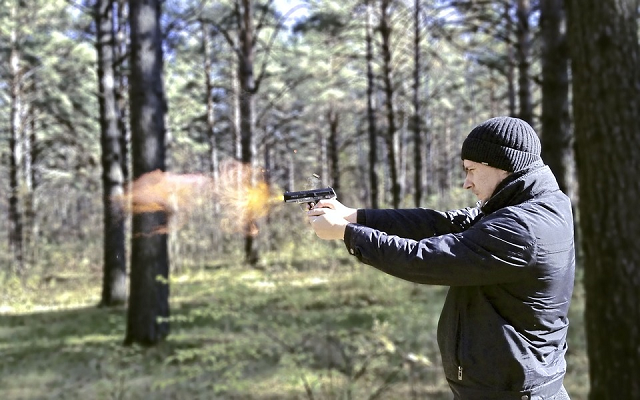 Walmart is so concerned with the possibility of continued violence, in this the most heated election year in America since 1860, that it is removing guns from public display from its stores. Walmart operates more than 4,700 retail locations in the US, but only sells guns in regions where hunting is prevalent.

The move comes after recent rioting in Philadelphia. Scenes of rioters looting stores have been shown all over the Internet. Now think about what could have happened if any of the looted stores were filled with guns.

The 2020 American Presidential election has been marked by nationwide protests over the killing by police of several different African Americans in the country.

Right-wing groups including outright Nazis have taken to the streets to counter-protest. President Trump himself called on the unabashedly racist organization Proud Boys to “stand back and stand by.”

The President has also consistently called into question the validity of this year’s election results when they come. He has made false claims of voter fraud and attempts to block his reelection.

Supporters of President Trump have been very vocal about their disdain for his opponents and their belief that should he lose the election it could only be because the other side stole it.

And a look at the maps shown on the news channels of where in America you see the concentrations of Trump supporters versus the areas of Biden support you see a nation divided by geography.

Things have not been this bad in America since the eve of its Civil War. In the 1860 Presidential elections, the Republican Abraham Lincoln won, but without an absolute majority of the vote. Tis prompted seven slave states in the south to secede even before Lincoln formally took office.

The preceding years in America saw widespread violence including the John Brown raid.

Many people fear such violence again this year no matter what the outcome of these elections.

Think about that before talking of people’s 2nd Amendment right to bear arms.

But Walmart seemed to feel a need to placate both sides of the gun control debate with its statement on the decision.

“It’s important to note that we only sell firearms in approximately half of our stores, primarily where there are large concentrations of hunters, sportsmen, and sportswomen,” a Walmart spokesperson said in a statement Thursday.

“We have seen some isolated civil unrest and as we have done on several occasions over the last few years, we have moved our firearms and ammunition off the sales floor as a precaution for the safety of our associates and customers. These items do remain available for purchase by customers.”