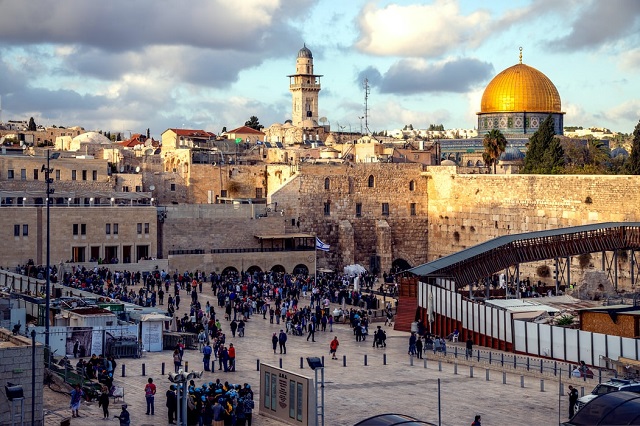 Soon American citizens born in Jerusalem might be able to have Israel listed as their nation of birth on their US passports. Politico reported that a U.S. Official confirmed Wednesday that The Trump administration will soon announce the change of policy.

Americans in Israel have long resented the US State Department’s policy of not listing Israel as the place of birth for people who were born in Jerusalem. Today the long standing custom of recording the place of birth in a passport as “West Jerusalem, Jerusalem,” with no mention of Israel is still in effect.

People expected a change of policy after the US officially recognized Jerusalem as part of Israel and as the nation’s capital in 2017. The American Congress had even passed a law requiring such a change of policy.

But that law was overturned by a decision of the US Supreme Court which held that only America’s executive branch, through its State Department, had such authority and not the Congress.

It is not in the least bit surprising that this news has come out now with less than a week to go until the Presidential elections. One of President Trump’s most important campaign promises on which he delivered was to move the U.S. in Israel to Jerusalem and recognize the city as Israel’s capital.

He has also taken credit for somehow pushing the UAE and Bahrain to enter into their recent peace deals with Israel.

These are the sort of achievements that the President really needs to highlight in order to galvanize his corps base of support. This base is, in part, comprised of Christian conservatives who supported his election in 2016.

Donald Trump won over this sector’s support by promising to appoint conservative justices to the Federal courts, including the Supreme Court, who would vote to at the very least uphold any state laws which limit access to abortions, if not allow for new laws banning abortion all together.

He also selected the popular conservative anti-abortion governor of Indiana Mike Pence as his running mate. And evangelical Christians love Israel and believe that God wants the United States to support it in any way as its existence to them represents the coming of the Messiah.

Then there are all of the wealthy Jewish donors like Sheldon Adelson and a variety of more anonymous Jewish businessmen who donated large sums of money to President Trump’s 2016 campaign.

These people have surely been satisfied with the President’s Israel policies, but may have wanted further assurances in exchange for more donations to his 2020 campaign. Sheldon Adelson himself just recently donated $75 million to the Trump campaign through the Preserve America PAC and together with his wife Miriam Adelson has given a total of $176 million to Republican causes in the 2020 election so far.

The move will obviously encourage President Trump’s Orthodox Jewish supporters. But most of them live in State like New York, Maryland, Illinois and California which he has virtually no chance of winning. But there are still plenty of Orthodox Jews in Pennsylvania as well as Michigan and Wisconsin, the three states which Donald Trump flipped in 2016 and which gave him the election that year.

As of now, all three of those states are being placed squarely in the pro-Biden category.

That leaves the battleground state of Florida where so many Jews, especially elderly retired Jews, live. Among them there are plenty of non-orthodox who will also be swayed by the argument that the Democrats are somehow anti-Israel and that only President Trump can be trusted to support it.