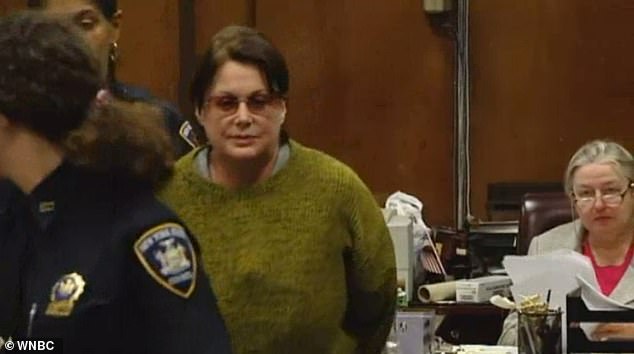 George Kogan was murdered by a hitman in 1990. The killer was hired to do the job by Barbra Kogan’s lawyer, Manuel Martinez, for $40,000. She was getting her hair done at a salon at the time of the murder.

The couple was embroiled in a bitter divorce at the time. A judge had turned down Barbra’s demand of $5,000 in weekly alimony payments. George Kogan had a $4.3 million life insurance at the time.

George Kogan was a successful antiques and art dealer and his family owned a chain of department stores in Puerto Rico,

Barbra Kogan was dubbed the Black Widow murderer for the killing.

The 49 year old Puerto Rican born son of Holocaust survivors was gunned down on East 69th Street on the Upper East Side of Manhattan on October 23, 1990. George Kogan was on his way to meet his girlfriend Mary-Louise Hawkins when he was killed.

The now 77 year old Barbra Kogan did not even acknowledge the murder for twenty years. She is getting out of jail after serving only 12 years of a 36 year sentence.

She pleaded guilty to grand larceny, conspiracy to commit murder, and murder in the first degree. But only after her lawyer Manuel Martinez was caught for his involvement in the murder in 2010.

Apparently Barbra Kogan told the NY parole board that she did not even remember killing her husband. She reportedly said, “Actually, when he was murdered, I was so astounded.”
“I didn’t even — I didn’t think it was me. I thought, ‘What is going on here?’”

Hawkins opposed the release telling the parole board, “She managed to obtain my parents’ unlisted telephone number and occasionally dialed them in the middle of the night in order to catch them off guard — to remind them yet again that she wanted the money and valuables she thought George had left behind.”