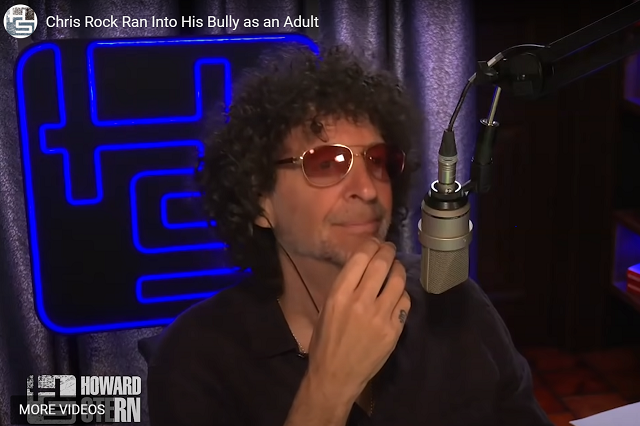 Howard Stern is expected to re-sign with SiriusXM satellite radio for $120 million, Bloomberg has revealed. The 66 year old legend has been on SiriusXM since he joined Serious in 2006.

Love him, or hate him, or love hating him, Howard Stern has undeniably made history in his more than four decades on the radio. After making his breakout in the 1980s with a nationally syndicated program. Stern made headlines consistently for offending just about everyone and racking up millions in fines from the FCC for indecent material on air.

His constant feuds with the government, in part, led him to make the jump to satellite radio where, like cable, broadcasts are uncensored. Since there he has grown into possibly the best celebrity interviewer in the business. While Howard Stern still talks frequently about pornography and his stomach problems, long gone are the days when he obsessively asked every guest about their sexual histories.

But Howard Stern told his listeners yesterday “I have seen no contract, I have heard nothing about this money.”

“I’m ready to take that deal if I can get it. It sounded awesome,” added Stern.
Engaging in his usual self-deprecation, Howard Stern also said, “I’m telling Sirius now, whatever I read, I want. I’ll take that, right now. I’m a bad negotiator. I’m like, ‘OK, I’ll take it, I’m in, let’s do it.’”

.@SammyHagar told Howard Stern he and #EddieVanHalen made amends in 2020 and were texting each other. “It’s been a lovefest since we started communicating earlier this year.”

Howard Stern has taken personal credit for the success of SiriusXM in recent years. Never mind the fact that the merger of the only two satellite radio companies, Sirius and XM, not only combined their respective subscriber bases, but also ended any competition. The increase in their combined subscribership can also be tied to deals where car manufacturers offer their expensive radio built in to new cars and rental companies have made their own deals with the company. XM also brought with it the highly lucrative NFL Radio package.

SiriusXM CEO Jim Meyer recently commented on Howard Stern saying, ““I can tell you that we understand the economics very, very well, for instance, of content like Howard Stern. I can look every investor in the eye and tell them that is a good investment for Sirius XM.”

In this article:Finance, Howard Stern