Fall traditionally marks the start of flu season in the U.S. and this year is expected to be more difficult than usual due Covid-19. Yesterday, President Trump once again downplayed the threat posed by the coronavirus by exaggerating influenza’s death toll. He tweeted that many people die from the flu each year, “sometimes over 100,000”, a claim that was quickly debunked. Twitter hid the president’s post, tagging it with a warning that it violated its rules about spreading misleading and potentially harmful information related to Covid-19. Up to October 07, 211,000 Americans had died from Covid-19, a toll that is expected to continue rising during the winter months. So just how wrong was the president about the flu and how many people die from it annually?

Seasonal influenza viruses can occur throughout the year in the U.S. but they hit hardest during the fall and winter, peaking between December and February. Data from the Centers for Disease Control and Prevention shows that the 2019-2020 flu season involved two waves of activity and moderate severity with 38 million people contracting influenza, 18 million visiting a health care provider, 400,000 being hospitalized and 22,000 sadly passing away. That is a significantly lower total than the 100,000 deaths tweeted by President Trump. Even the deadliest flu season of the last decade, 2017-2018, had a lower death toll with an estimated 61,000 people dying. 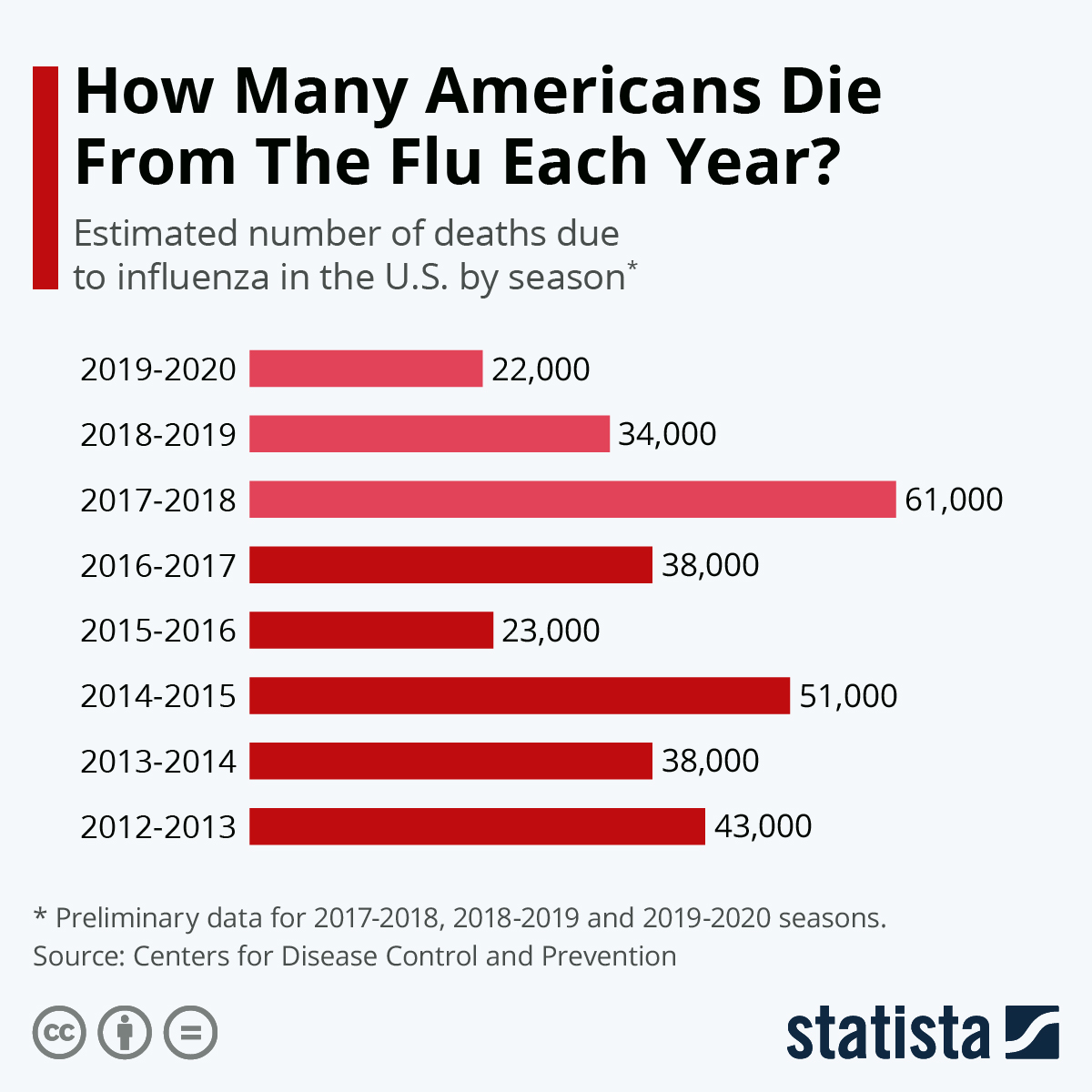