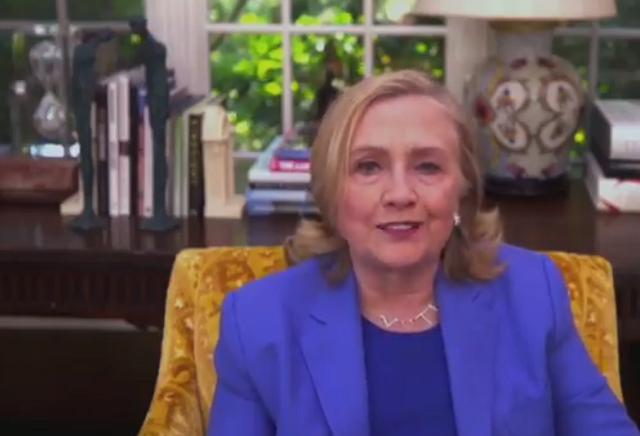 Steven Spielberg and Hilary Clinton have collaborated on a new television program for the CW network called “The Woman’s Hour.” About the fight to get women the right to vote in America, it will be produced by Spielberg’s Amblin Entertainment. Clinton will serve as an executive producer on the anthology series.

The new show is based on Elaine Weiss’ book “The Woman’s Hour: The Great Fight to Win the Vote.”

According to a press release, “each season of ‘The Woman’s Hour’ will celebrate those who changed history and have strong contemporary reverberations, appealing to today’s rising tide of young, politically active audiences.”
–

Aspiring authoritarians thrive on feelings of powerlessness among the people they hope to rule.

Now is our moment to make sure Donald Trump and the GOP know we aren't powerless—and we rule ourselves. https://t.co/GBK2e4a4gU

Rights for the book were optioned by Amblin Television in 2018, after Hilary Clinton brought the project to long-time supporter and Amblin Chairman Steven Spielberg. Clinton first discovered the book after Weiss made it her mission to get the novel to the former Secretary of State, after realizing the striking parallels between the women’s suffrage movement and the 2016 presidential election between Clinton and Donald Trump.

Soon to be a major television event, the nail-biting climax of one of the greatest political battles in American history: the ratification of the constitutional amendment that granted women the right to vote.

Nashville, August 1920. Thirty-five states have approved the Nineteenth Amendment, granting women the right to vote; one last state–Tennessee–is needed for women’s voting rights to be the law of the land. The suffragists face vicious opposition from politicians, clergy, corporations, and racists who don’t want black women voting. And then there are the “Antis”–women who oppose their own enfranchisement, fearing suffrage will bring about the nation’s moral collapse. And in one hot summer, they all converge for a confrontation, replete with booze and blackmail, betrayal and courage. Following a handful of remarkable women who led their respective forces into battle, The Woman’s Hour is the gripping story of how America’s women won their own freedom, and the opening campaign in the great twentieth-century battles for civil rights.