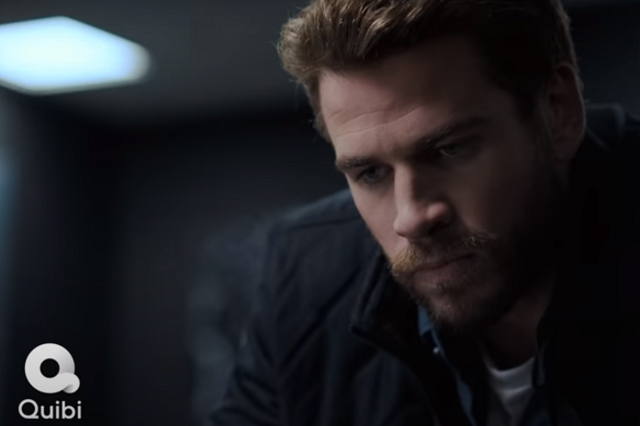 You’ve heard of Quibi, right? The short form video platform owned by Jeffrey Katzenberg just might be up for sale.

Quibi is home to hits like Most Dangerous Game, based on the famed short story “The Most Dangerous Game” by Richard Connell and stars Liam Hemsworth and Christoph Waltz, “The Fugitive” which stars Kiefer Sutherland, the Steven Soderbergh series “Wireless,” the comedy “Flipped” with Will Forte and Eva Longoria and more. Laurence Fishburne and Jasmine Cephas Jones just picked up Quibi’s first Emmy awards for the show “#FreeRayshawn.”

Combined, a season of shows comes out to about 2 hours of viewing time. So each drama is kind of like a single movie.

Congratulations to Laurence Fishburne and @JasCephasJones for their Emmy® Awards for Outstanding Actor and Outstanding Actress in a Short Form Comedy or Drama Series! #FreeRayshawn #Emmys pic.twitter.com/xGd9Zo00ga

The live streaming service launched just this past April and only buys has seven-year licenses on its content. Even though Quibi does not own its own content, the service still raised $1.75 billion in investments.

One would think that with everyone in lockdown because of Covid-19 this would be a great time for a new streaming service, with all those people stuck at home with nothing to do. But the crisis has also brought recession and so either people are out of work or worried about losing jobs so it is not a time to look for new subscribers. And the short format may not be so appealing to most people. Variety reported in July that only 8% of the people who took advantage the free trial converted to paying subscribers.

“Meg (Whitman QUIBI CEO) and Jeffrey are committed to continuing to build the business in the way that gives the greatest experience for customers, greatest value for shareholders and greatest opportunity for employees,” a spokesperson for the company told the Wall Street Journal. “We do not comment on rumor or speculation.”

In this article:Jeffrey Katzenberg, Finance