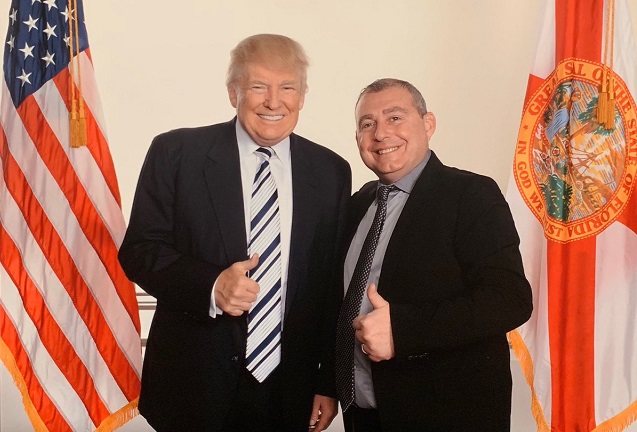 Lev Parnas, the Jewish Ukrainian born businessman, was slapped with new federal charges on Thursday which accuse him of defrauding investors in a company he founded. Parnas is best known for being a buddy of former NY Mayor Rudy Giuliani and for helping to “dig up dirt” on President Trump’s enemies.

Mr. Parnas was first arrested on charges of fraud and campaign finance violations in October 2019. Those charges were related to his involvement in President Trump’s attempts to get destructive information in Ukraine that could be used against Joe Biden and his family.

The new charges are related to money raised in investment for Fraud Guarantee which, ironically enough, was supposedly established to help protect people from fraud. More than $2 million was raised for the new company which never actually launched.

So yet another close associate of President Trump is under Federal indictment. How many does that make now? Since Parnas has clearly broken from the President’s inner circle he probably won’t get either a pardon or clemency from the President as others like Roger Stone have gotten. He is more likely to end up like Michael Cohen.

Parnas has been taking to Twitter to slam Trump and his administration, saying things like, “This is one of the more disgusting things I’ve seen from a disgusting administration. The goal of the GOP is to turn us into North Korea with (some) internet access.”

He has also threatened Donald Trump’s Attorney General Bill Barr tweeting, “Does anyone know Bill Barr’s schedule? I’d like to be in the same place at the same time as him. Tell Bill that he’ll know me by my “I’m gonna punch Bill Barr in the mouth” face mask.”

This is one of the more disgusting things I’ve seen from a disgusting administration. The goal of the GOP is to turn us into North Korea with (some) internet access. https://t.co/BOEPiEFTyS

Aaron Parnas, Lev Parnas’ son, released a statement saying, “todays developments do not alter my father’s presumption of innocence, because under this country’s criminal justice system, all defendants remain innocent until proven guilty.”

The presumption of innocence card is always played by prominent people when charged with crimes.

The younger Parnas made a plea for sympathy for his family adding, “when a loved one is arrested, it not only affects him or her – it affects the entire family. For months, our family was hounded by reporters, journalists, and members of the public seeking their next big story.”

So Lev Parnas Is being treated no differently than anyone in the public sphere.
–