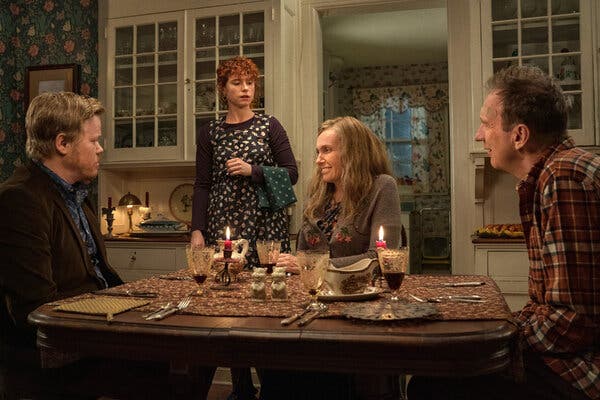 I’m Thinking of Ending Things is the latest gem from the brilliant and bizarre mind of Oscar-winner Charlie Kaufman. It has just been released on Netflix and the critics are raving about the movie.

Being John Malkovich, Adaptation, Eternal Sunshine of the Spotless Mind, if you have not seen any of these movies yet, then we pity you. Go and see them now. A movie where people go through a secret door and take over the mind of a famous actor, a movie where people can have their painful memories wiped away after a bad break up, a movie about a real life game show host who may or may night have been a secret CIA agent, the list goes on. The fun of a Charlie Kaufman flic is the strange ride he takes us on as the viewers.

In “Adaptation,” Nicholas Cage plays both Charlie Kaufman himself and his fictitious twin brother. Chris Cooper won the Oscar for best supporting actor for his performance opposite Meryl Streep. “Being John Malkovich” saw the title character play himself in a movie which leaves the viewer thinking, “what did I just watch,” and feeling compelled to watch it again.

Charlie Kaufman both wrote and directed “I’m Thinking of Ending Things” and it stars Jesse Plemons, Toni Collette and David Thewlis. If you are social distancing right now then this is a movie which should cheer you up a bit. It’s not a comedy. It’s just a great film.

We don’t want to ruin anything for you, but the basic story is that of a young woman who, full of misgivings, travels with her new boyfriend (Plemons) to his parents’ (Collete and David Thewlis) secluded farm. Upon arriving, she comes to question everything she thought she knew about him, and herself. As with all Charlie Kaufman movies, this one is a bizarre trip for the viewer.

In an interview with Yahoo, Charlie Kaufman talked about how some people are describing this as a horror movie. 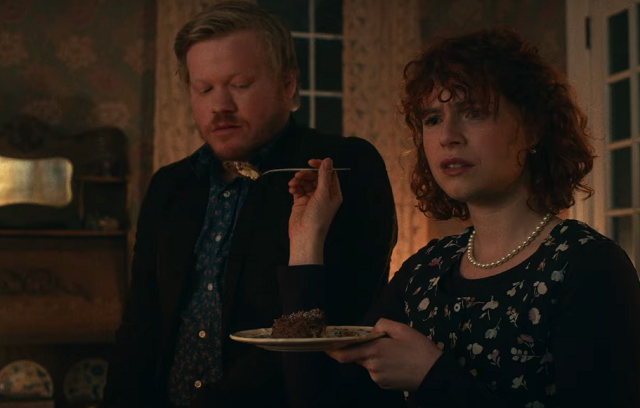 Richard Roeper wrote in the Chicago Sun Times: “Jessie Buckley and Jesse Plemons are brilliant together. Their early conversations, bizarre as the topics might be, have the comfortable if slightly tense rhythms of a couple who are beginning to know each other perhaps too well. When the storyline takes some drastic hairpin turns and the entire vibe of the film changes, they’re right there setting the tone. Kaufman frames certain shots like someone who loved “The Shining,” and stages a wildly creative dance number out of nowhere. The sets and lighting and crisp editing help create that distinctive Charlie Kaufman flavor. “I’m Thinking of Ending Things” is crazy good.”

A.O. Scott wrote in The New York Times: “In “I’m Thinking of Ending Things,” the effects arrive before our understanding of their causes. We know what we’re feeling, but we don’t know why. As far as we can guess, we are in the head of a woman named Lucy (Jessie Buckley), who is taking a car trip with her boyfriend, Jake (Jesse Plemons). “You can’t fake a thought,” Lucy muses to herself, and one of her thoughts is summed up in the movie’s title. She and Jake haven’t been dating that long, and she doesn’t see much of a future for them. Does Jake somehow know what she’s thinking?”