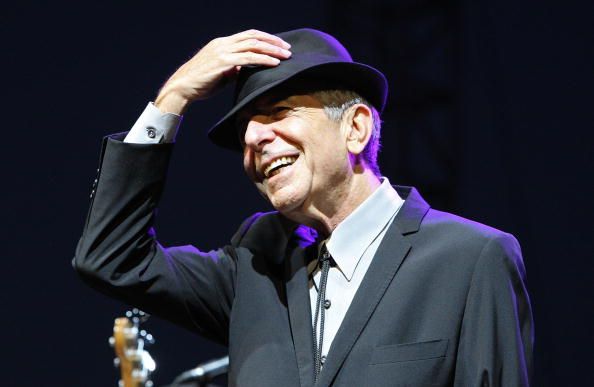 The estate of legendary Jewish musician Leonard Cohen is letting the world know that it did not authorize the use of his songs at any of President Trump’s election rallies. In fact, it specifically denied requests to use his songs, like his most famous of all Hallelujah.”

Anyone who knew Leonard Cohen personally or was a fan of his can certainly understand the outrage. When Leonard Cohen died just after the 2016 Presidential election won by Donald Trump, rock musician Marilyn Manson even went so far as to say on Twitter, “You picked a good time to get out.” And the cold open of Saturday Night Live that week had Kate McKinnon doing her Hilary Clinton impression while doing a solo performance of “Hallelujah” on a piano.

Supporters of President Trump may not be happy with the sentiment, but the law is clear. Once told to stop using the song by the Estate of Leonard Cohen then Trump 2020 must cease to do so.

President Trump is already being sued by musician Neil Young for using his two songs “Rockin’ in the Free World” and “Devil’s Sidewalk,” at Trump 2020 events. The Rolling Stones and Rihanna have also insisted that the Trump 2020 campaign stop using their music at events. And the family of the late Rock musician Tom Petty sent the President’s reelection campaign a cease and desist order over its use of his song “I Won’t Back Down.” And if that were not enough the estate of musician Prince complain that the campaign used his song “Purple Rain” at an event in Prince’s home town of Minneapolis after it had promised not to do so.

Michelle L. Rice, lawyer for Leonard Cohen’s estate said in a statement, “We are surprised and dismayed that the RNC would proceed knowing that the Cohen Estate had specifically declined the RNC’s use request, and their rather brazen attempt to politicize and exploit in such an egregious manner ‘Hallelujah,’ one of the most important songs in the Cohen song catalogue. We are exploring our legal options.”

“Had the RNC requested another song, “You Want it Darker’, for which Leonard won a posthumous Grammy in 2017, we might have considered approval of that song.”

Statement from Brian J. Monaco, President, Global Chief Marketing Officer, SONY/ATV Music Publishing: “On the eve of the finale of the convention, representatives from the Republican National Committee contacted us regarding obtaining permission for a live performance of Leonard Cohen’s “Hallelujah”. We declined their request.”

The singer Tori Kelly was not happy that they used her version of Hallelujah tweeting, “Seeing messages about my version of ‘Hallelujah. All i know is neither myself nor my team received a request.”