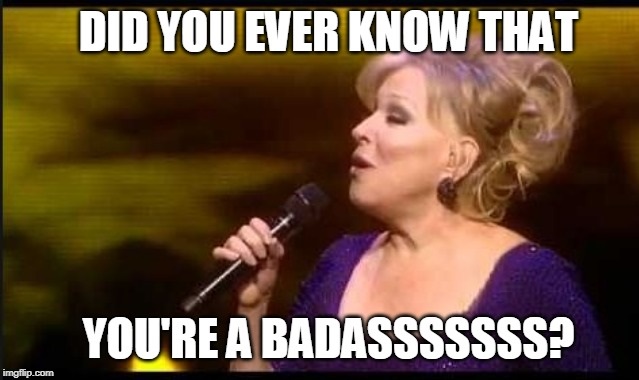 At 74, Bette Midler still knows how to stir things up. The Jewish singer and actress caused a bit of a controversy this week for her comments about First Lady Melania Trump. She has since apologized, but let’s just say that she is no fan of Donald Trump.

Midler said of Melania Trump on Twitter, “Oh, God. She still can’t speak English.” The remark was made while Mrs. Trump addressed the Republican National Convention Tuesday night. So it would seem that President Trump is not the only one in America who knows how to offend people on social media. The actress added, “”#beBest is back! A UGE bore! She can speak several words in a few languages. Get that illegal alien off the stage!”

Outspoken conservative pundit Ben Shapiro responded with, “No, she’s just speaking with an accent. You, however, are a fool in any language.” Ouch!

Midler had more to say tweeting, “”#beBest is back! A UGE bore! She can speak several words in a few languages. Get that illegal alien off the stage!” And this, “You are one lucky Slovenian! And after all that surgery, you hit a kind of horrible jackpot, chained to [a] colossal idiot.”

While sort of apologizing, but without deleting the original Tweet, Bette Midder tweeted on Wednesday, “Well, all hell has broken loose because I said Melania ‘still can’t speak English’ last night. I was wrong to make fun of her accent. America is made up people who speak with all kinds of accents, and they are all welcomed always.”

Bette Midler also tweeted, “A pandemic, a pair of hurricanes, and several social and economic emergencies are throttling America. Unless you’re watching the RNC, which is ignoring them.”

Well, all hell has broken loose because I said Melania “still can’t speak English” last night. I was wrong to make fun of her accent. America is made up people who speak with all kinds of accents, and they are all welcomed always.

Bette Midler will soon appear in the special “Coastal Elites” on HBO. In it five characters make confessions under quarantine that touch on their lives during the 2020 pandemic and living in a world of deeply divided politics. Directed by Jay Roach and written by Paul Rudnick, the doc includes Dan Levy, Sarah Paulson and Issa Rae and is due out on September 12th.

As part of a Television Critics Association panel for Coastal Elites, Bette Midler said, “I do have to say that they followed every single protocol, and everybody was great,” Midler said. “I mean, they kept their distance. They cleaned, they kept their distance, they did what they had to, they came in two days before, did everything they had to do, they left, they left it pristine. I mean, I felt very well taken care of. I really did.”

“It was all very strange, but it was kind of wonderful, too, in a way,” she added. “I had two cameras, but really I was only allowed to look into one. The hardest part, I think, was the connection between me and the person that I was talking to.”

On Covid-19 Bette Midler said, “I’m so paranoid, because I’m so old, you know? I feel like anything can happen to me. If I go to the post box, I’m in trouble. So, I really felt that I was in superb hands. Every question that I had was answered and I got a free test. I got a free COVID test out of it, so it was win/win all around.”