While overall retail sales in the United States have rebounded relatively quickly following an unprecedented dip due to the COVID-19 pandemic, some retail categories are still trailing 2019 sales levels by a significant margin halfway through 2020. Sales of clothing and accessories stores for example have been almost 40 percent lower in the first six months of 2020 compared to the previous year, with electronics retailers and bookstores also heavily hit by the pandemic.

The temporary freeze in consumer spending as well as the gradual shift to online shopping accelerated by stay-at-home orders could turn out to be the final nail in the coffin for many struggling retailers. According to estimates from Coresight Research, a market intelligence company focusing on the retail industry, retail store closures could spike this year, with the company’s latest forecast predicting 20,000 to 25,000 stores to shutter this year. 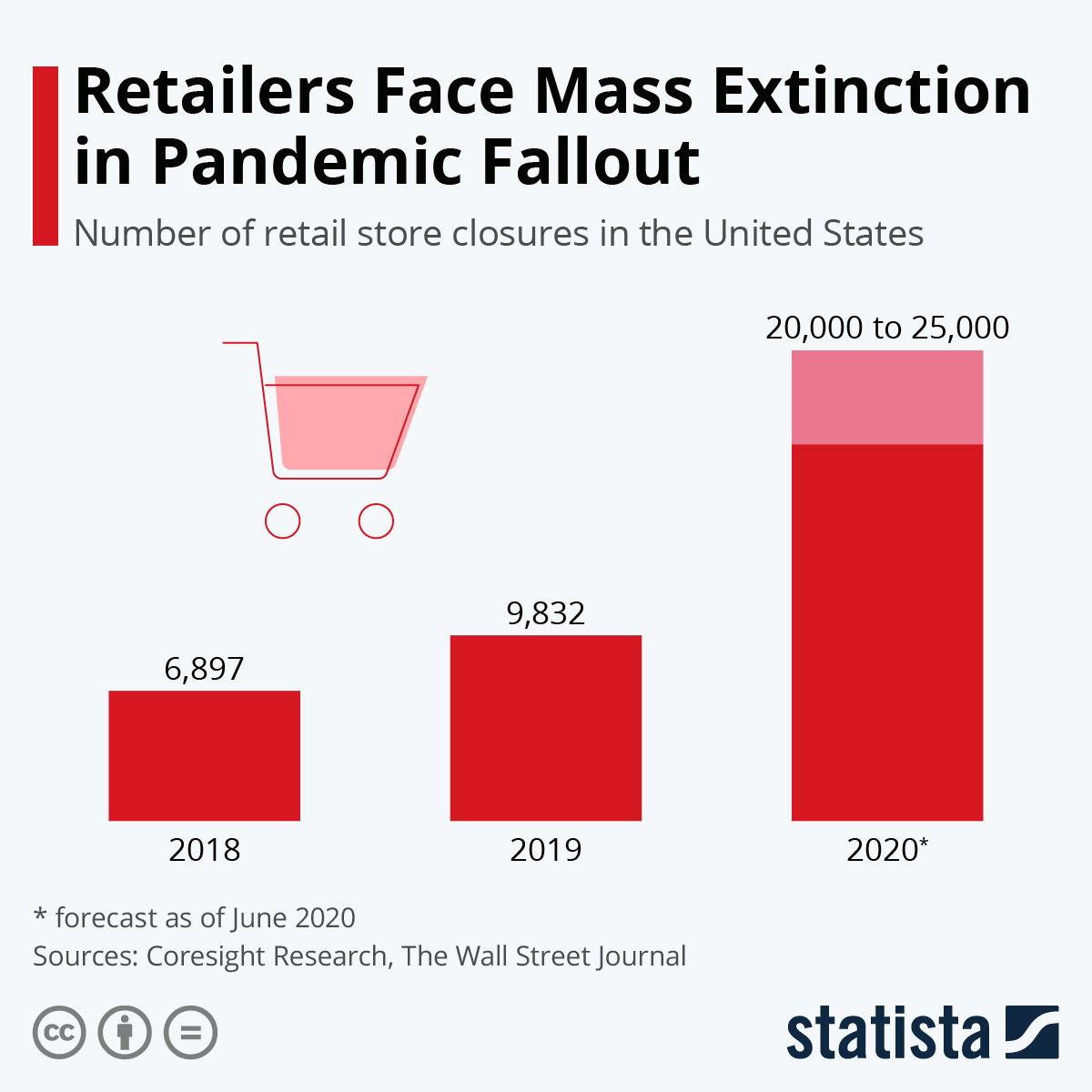 Following an unprecedented plunge in April and a sharp rebound in May, U.S. retail sales continued to recover from the historic slump brought about by the COVID-19 pandemic in June and July. According to advance estimates released by the U.S. Census Bureau last week, total retail and food services sales amounted to $536 billion last month, up 1.2 percent over June and 2.7 percent over last year’s July figure. The latest increase puts retail sales back on its pre-pandemic trajectory, which is surprising considering the sharp uptick in new cases in July.

Due to the widespread lockdown instated to contain the spread of COVID-19, retail sales had plunged 14.7 percent in April, following an already unprecedented 8.2 percent drop in March. To put this in perspective, the highest drop prior to March 2020 had occurred in November 2008, when retail sales declined by less than 4 percent at the height of the financial crisis. As the following chart shows, retail sales have very rarely dipped significantly in the past, with the financial crisis being the most notable exception of the past three decades.

The latest rebound was led by those stores hit hardest by the shutdown in the first place, with clothing store sales up 110 percent over May and other specialty stores also seeing double-digit increases in sales. While the quick bounce back in consumer spending is certainly encouraging, it needs to be noted that spending levels are still below pre-crisis levels for many retailers. Clothing store sales were still 21 percent below last year’s level in July for example, while food services and drinking places trailed last 2019 sales by 19 percent last month. 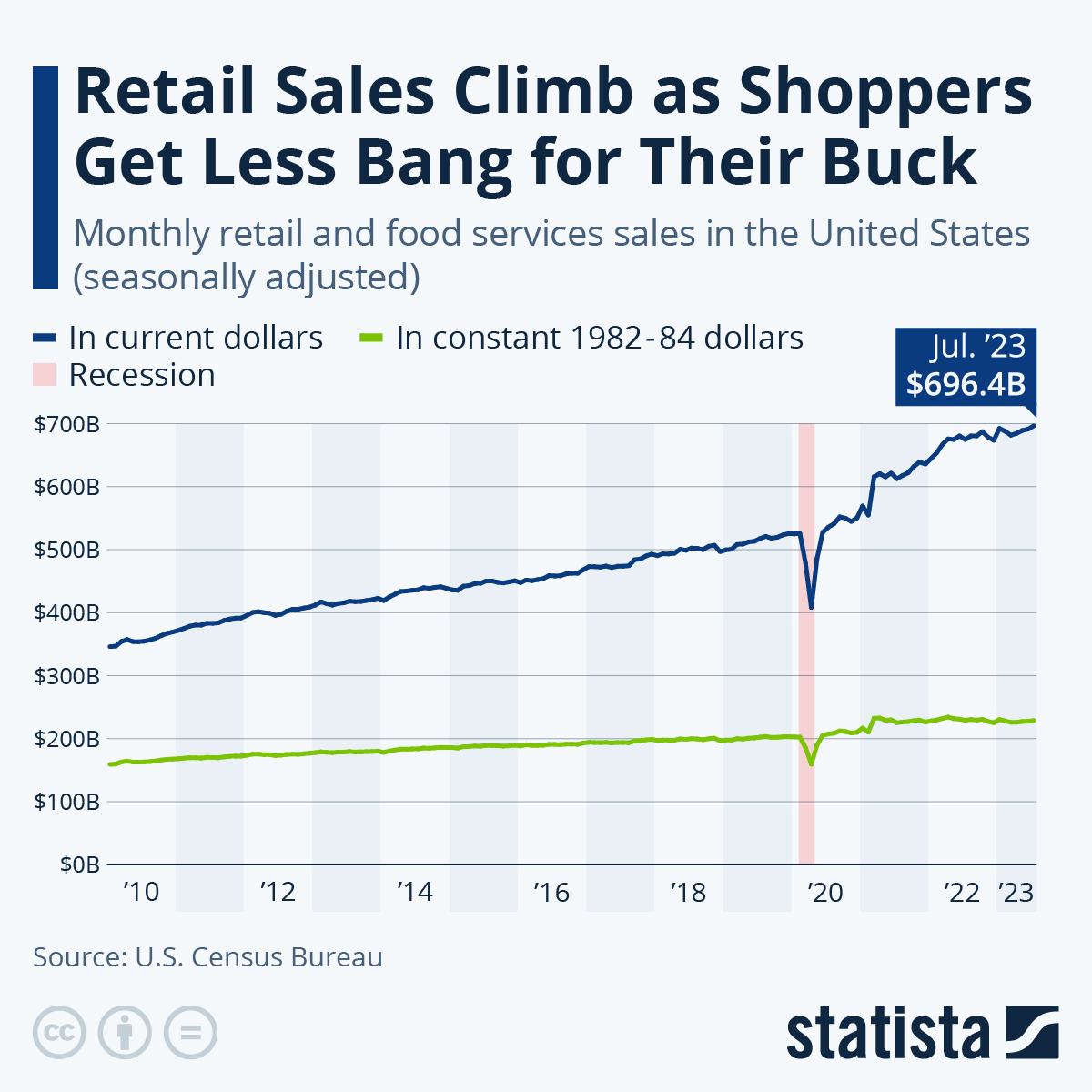