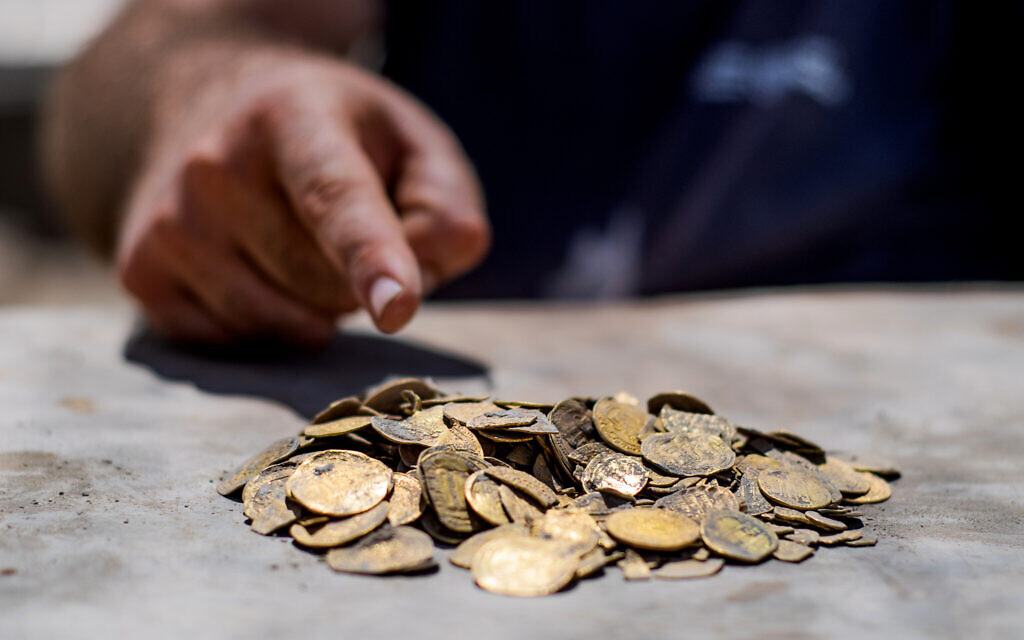 A person who lived 1,100 years ago, deliberately buried a clay jar in the ground, containing 425 gold coins – 24 carats. The pile of impressive and rare coins from the Abbasid period (end of the 9th century) was discovered during an archeological excavation by the Israel Antiquities Authority in Central Israel.

The hoard consists of full gold dinars, but also – what is unusual – contains about 270 small pieces of gold dinars cut to serve as ‘small change. The cutting to of gold and silver coins to pieces, was a regular feature of the monetary system in Islamic countries after the 850s, with the sudden disappearance of bronze and copper coins.

The Antiquities Authority refused to reveal the exact location of the excavation, for fear of antiquities robbers arriving in the area. The excavation at the site was funded by the Israel Land Authority as part of preparatory work for the construction of a new residential neighborhood. 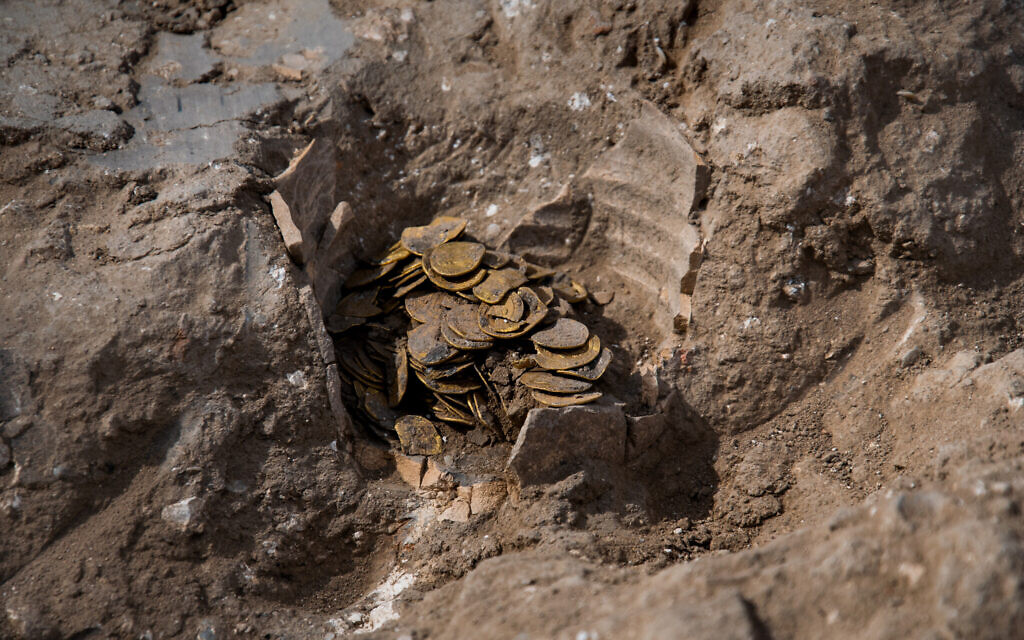 The coins uncovered by two in a young group of volunteers, before their army service, as part of Israel’s Antiquities Authority’s policy to bringing young people closer to their past. Last Tuesday, the two suddenly noted something shimmering in the ground while working at the excavation.

According to Oz Cohen, one of the youth, “It was amazing. I dug in the ground and when I excavated the soil, saw what looked like very thin leaves. When I looked again I saw these were gold coins. It was really exciting to find such a special and ancient treasure.”

According to Dr. Robert Kool, a coin expert at the Israel Antiquities Authority, “This is one of the earliest known caches from this period found in Israel. The total weight of the pile is about 845 grams – a considerable amount of money in those days. For example, with such amount of money, a person could buy a luxurious house in one of the best neighborhoods of Fustat, the enormous wealthy capital of Egypt in those days. 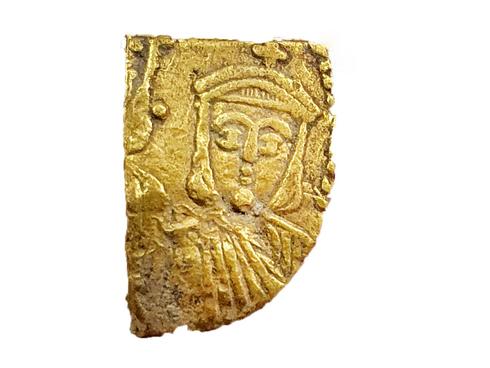 One of the cuttings is an exceptionally rare piece, never found in excavations in Israel: a fragment of a gold solidus of the Byzantine emperor Theophilos (829 – 842 CE), minted in empire’s capital of Constantinople. The appearance of this small byzantine coin fragment in an Islamic coin hoard is rare material evidence of the continuous connections (war, trade) between the two rival empires during this period.

According to Dr. Kool, “this rare treasure will certainly be a major contribution to research, as finds from the Abbasid period in Israel are relatively few. Hopefully, the study of the hoard will tell us more about a period of which we still know very little. ” 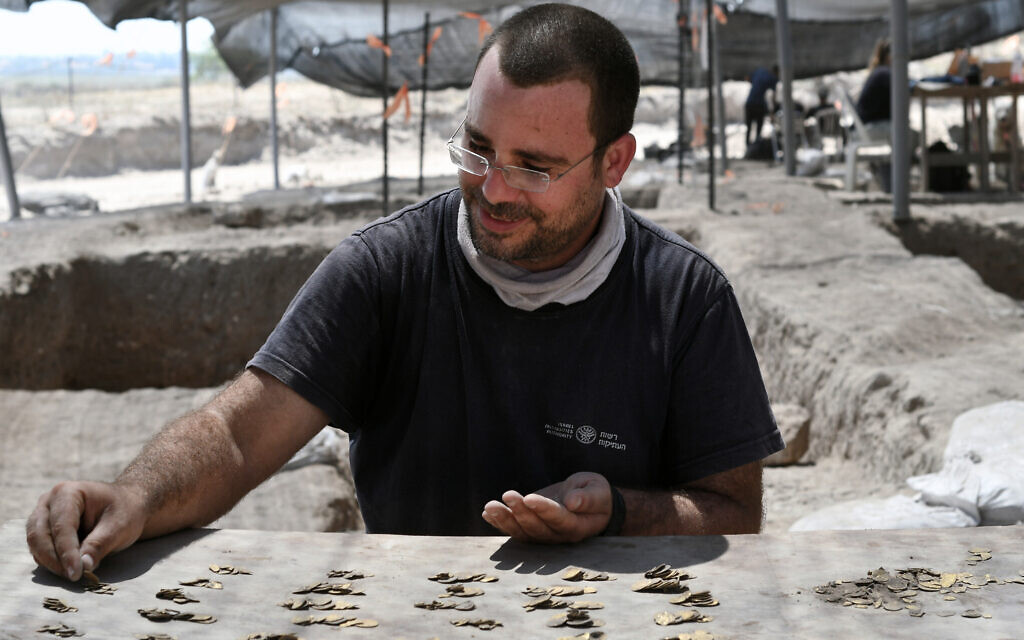 “The person who buried this treasure must have expected to retrieve it, and even secured the vessel with a nail so that it would not move,” said the directors of the excavation, Liat Nadav-Ziv and Dr. Elie Haddad. “We can only guess what prevented him from returning to collect this treasure.”

Finding gold coins, certainly in such a considerable quantity, is extremely rare. “We almost never find them in archeological excavations, given that gold has always been extremely valuable, melted down and reused from generation to generation,” Nadav-Ziv and Haddad added, “The coins made of pure gold that does not oxidize in the air were found in excellent condition as if buried the day before.”

Their finding may indicate that international trade took place between the area’s residents and remote areas.

During the end of the 9th century CE, the region was part of the vast Abbasid Caliphate, stretching from Persia in the east to North Africa in the west, and whose center of government was in Baghdad, Iraq.