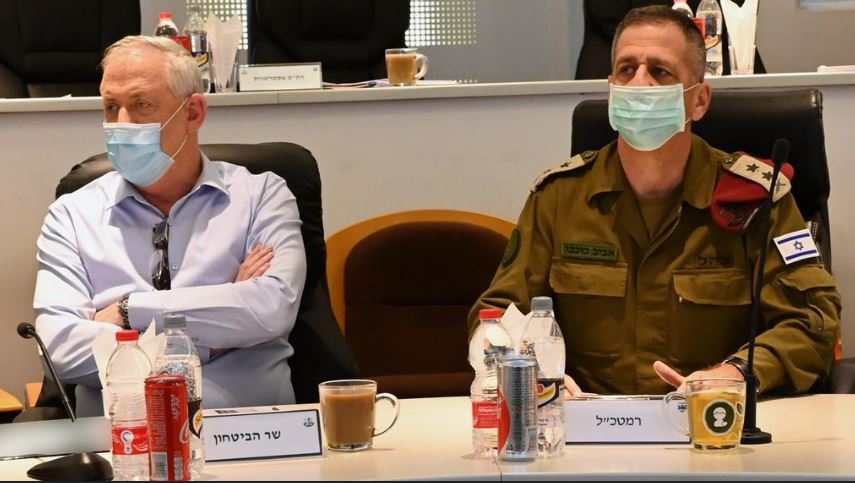 A record-breaking 10,000 soldiers on active duty and civilian employees working on military bases have been ordered to quarantine as of Thursday morning after coming in contact with confirmed coronavirus carriers.

Among those asked to self-isolate is the IDF Chief of Staff Aviv Kochavi, who is forced to quarantine for the second time since the start of the outbreak in Israel. The army said the chief of staff feels well and does not display any symptoms.

As of Wednesday evening, 350 confirmed COVID-19 cases have been reported in the IDF, twice the number that was reported during the first wave of the pandemic, most of whom are either asymptomatic or suffering from mild symptoms.

The IDF said a majority of those quarantined continue to carry out their duties secluded from others and under strict medical supervision.
Confirmed carriers serving in combat unit who feel well enough to train can continue to do so without coming in contact with their comrades.

On Tuesday, reports emerged that the IDF has reduced the amount of coronavirus tests by eliminating the test done to carriers after they’ve completed the isolation period.

Despite the increase in cases, the IDF has not reinstated lockdowns of bases, as had been done during the first wave of the virus, but social distancing is enforced on bases and leaves home are limited to once every three weeks for combat units.

The Health Ministry reported that on Wednesday alone 1,231 new cases were confirmed, bringing the number of active patients currently ill with the disease to 15,209, the highest tally since the start of the outbreak in Israel.

The Health Ministry also reported that 118 patients are now in a serious condition, of which 41 are ventilated, with the death toll climbing to 346.

The report also said that since the start of this week, 5,351 people have tested positive for the pathogen.