The national unemployment rate in the U.S. has fallen over the past two months from heights not seen since the Great Depression. Unemployment went down from 14.7 percent in April to 13.3 percent in May, and it went down even further for June as employers invited their workers back to work as part of reopening measures across the country.

In June, the national unemployment rate fell from 13.3 percent to 11.2 percent. The leisure and hospitality industry gained the most jobs for the second straight month, with an unemployment rate falling again from 35 percent in May to 28 percent in June. Hotels and cruise lines, which have been forced to cut millions of jobs since March, are quickly creating reopening plans in line with city, state and federal plans. In May, Carnival Cruise Line announced some ships will return to business by August 1 but has since pushed back its start date into September. Transportation unemployment also fell dramatically in June, falling to just below 13 percent.

Retail is seeing a huge resurgence as the country moves into July. Stores are reopening their doors in most states, and consumers may be less reluctant to socially distance in a store rather than sit in a movie theater or restaurant. Retailers on the ropes who have permanently closed stores or filed for bankruptcy, like Macy’s and J.C. Penney, are holding their breath for consumers to show confidence and begin semi-regular purchasing patterns. New data from the University of Michigan suggests consumer confidence is ticking upward as states begin reopening businesses. 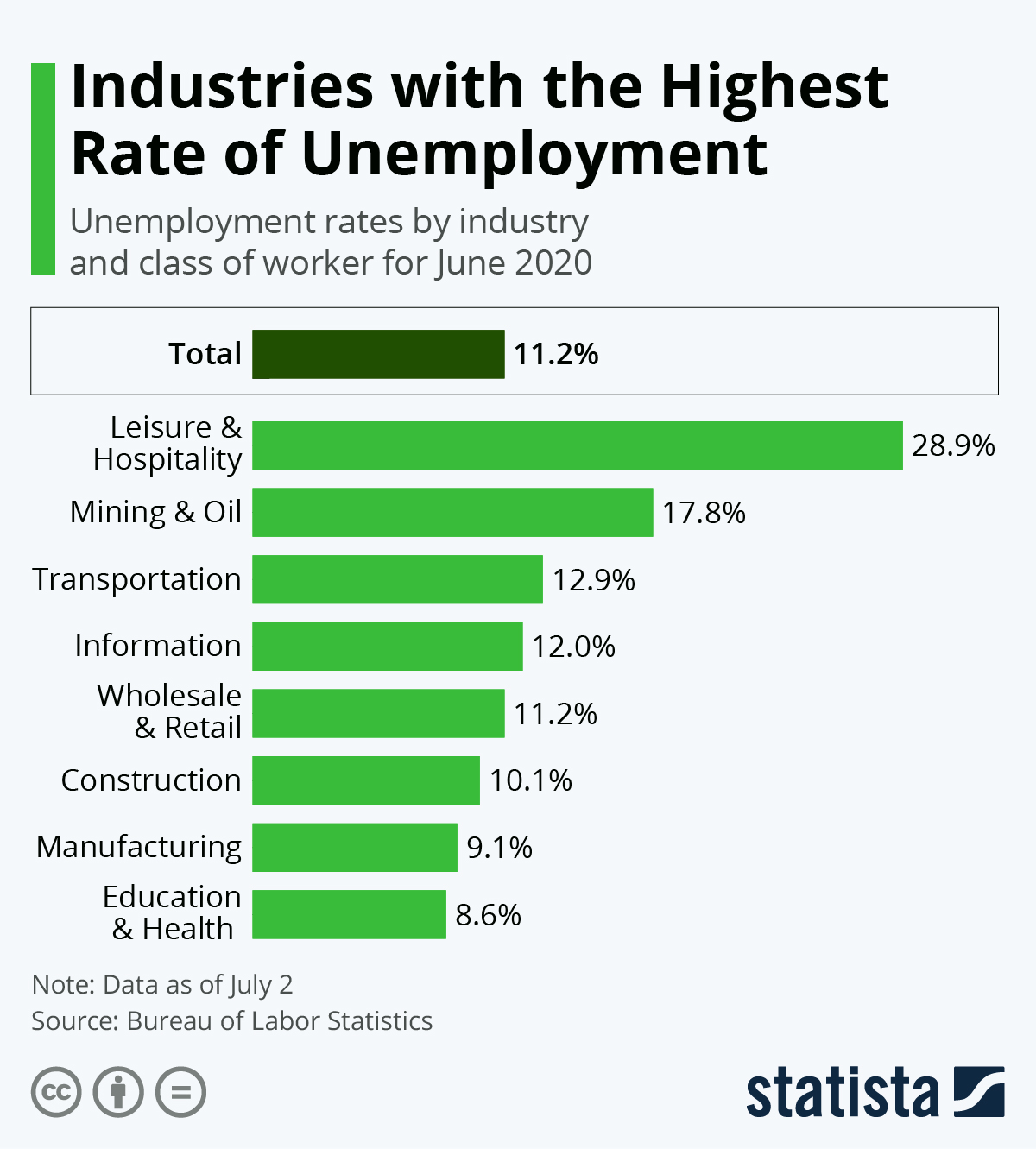