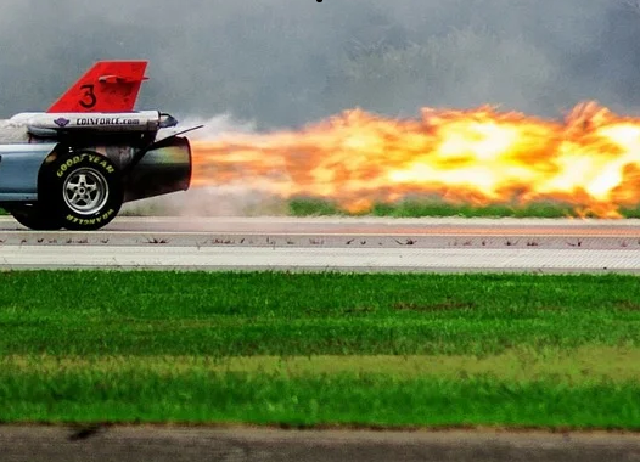 People can use a variety of enhancements to make their cars have more power and speed when they drive it. One example of that is the turbocharger. It was first invented by a German automotive engineer named Alfred J. Buchi. He patented it in 1905. The original design of the turbocharger featured an exhaust-driven turbine used to power a compressor that would force more air into an engine’s cylinders. There’s much more that can be learned about the turbocharger that can give you a greater appreciation for it. Here’s everything you should know about a turbocharger.

A turbocharger is a device that increases an internal combustion engine’s power output and efficiency by forcing more air into the combustion chamber. They were originally called turbosuperchargers when forced induction devices were all referred to as superchargers. Now, only mechanically driven forced induction devices are referred to as superchargers. Turbochargers allow cars to burn fuel faster by forcing more air into the cylinders, which makes a car go faster.

How do turbochargers work?

Turbochargers are somewhat similar to jet engines. Jet engines suck in cold air, squeeze it into a chamber to burn with fuel, and then pushes hot air out of the back. When the hot air goes out, it moves past a turbine that drives the compressor, which is located at the front of the engine. What a turbocharger does is it uses exhaust gas to drive a turbine. It results in the air compressor spinning, which causes increased air into the cylinder, and then the cylinders burn more fuel each second. If you’re a little lost on what turbines and compressors are, here’s more detail on both.

Turbochargers typically have two air fans sitting on a metal shaft spinning around together. One fan is called a turbine and is located in the exhaust stream from the cylinders. When the cylinders blow hot gas past the fan’s blades, they rotate, and the shaft they’re connected to also rotates. The shaft is called the center hub rotating assembly, or CHRA for short. The second fan is referred to as the compressor, and because it’s located on the same shaft as the turbine, it spins as well. Compressors are typically mounted on the car’s air intake, which allows it to draw air into the car, and then force it into the cylinders.

Where does a turbocharger get the extra power from?

It’s often believed that the waste exhaust gas causes the turbocharger to give a car more power. In actuality, the energy from the exhaust drives the compressor, and as mentioned earlier, contributes to the engine burning more fuel with each second. It’s the increase of fuel being used that’s giving your car extra power. The main role of the exhaust gas is to power the turbocharger. The turbocharger isn’t connected to the car’s wheels and crankshaft, and therefore, isn’t directly adding to the driving power of the car. All the turbo is doing for your car is enabling your engine to burn fuel faster, thus making it more powerful.

How much extra power can a car get?

The amount of extra power your car will get is generally based on the size and the efficiency of your turbocharger. Nonetheless, at a certain point, no matter how big and how efficient your turbocharger is, you’ll eventually hit a limit in the amount of power you can have. At some point, your cylinders won’t be big enough to burn the amount of fuel they’re receiving at one time. There’s also only so much air that can be forced into them through an inlet of certain sizes. Additionally, there are limits on how much exhaust gas can be expelled at once, limiting the energy used for driving your turbocharger. Nonetheless, even though there’s a point where the power may no longer increase, turbochargers can help you get it as high as possible.

What are the advantages and disadvantages of a turbocharger?

As has been stated throughout this article, the advantage of a turbocharger is it gives you more power output for your engine. It also helps produce less air pollution, and in some cases, can save around 10% of your fuel. Engines fitted with turbochargers can be lighter and smaller than engines producing the same power without using a turbocharger. It’s in that respect that the turbocharger can provide a vehicle with better fuel economy. With all of these advantages, you might wonder why all cars don’t have turbochargers.

Given that the turbo is more complex than regular engines, it can be much more expensive to maintain and repair. In addition, because turbochargers are designed to push an engine to do more, the engine components deal with higher pressure and temperatures. As a result of the increased pressure and temperature, parts are more likely to fail sooner. It’s one of the reasons why turbocharged engines generally don’t last as long. Driving can also be a little bit challenging with turbochargers. Since your exhaust gas powers it, there can be a delay between when you push the accelerator and when the turbo starts to power your car.

What does a twin-turbo do?

These were the basics of how turbochargers operate and provide your vehicle with more power and speed. There’s much more to this device beyond the basics discussed.