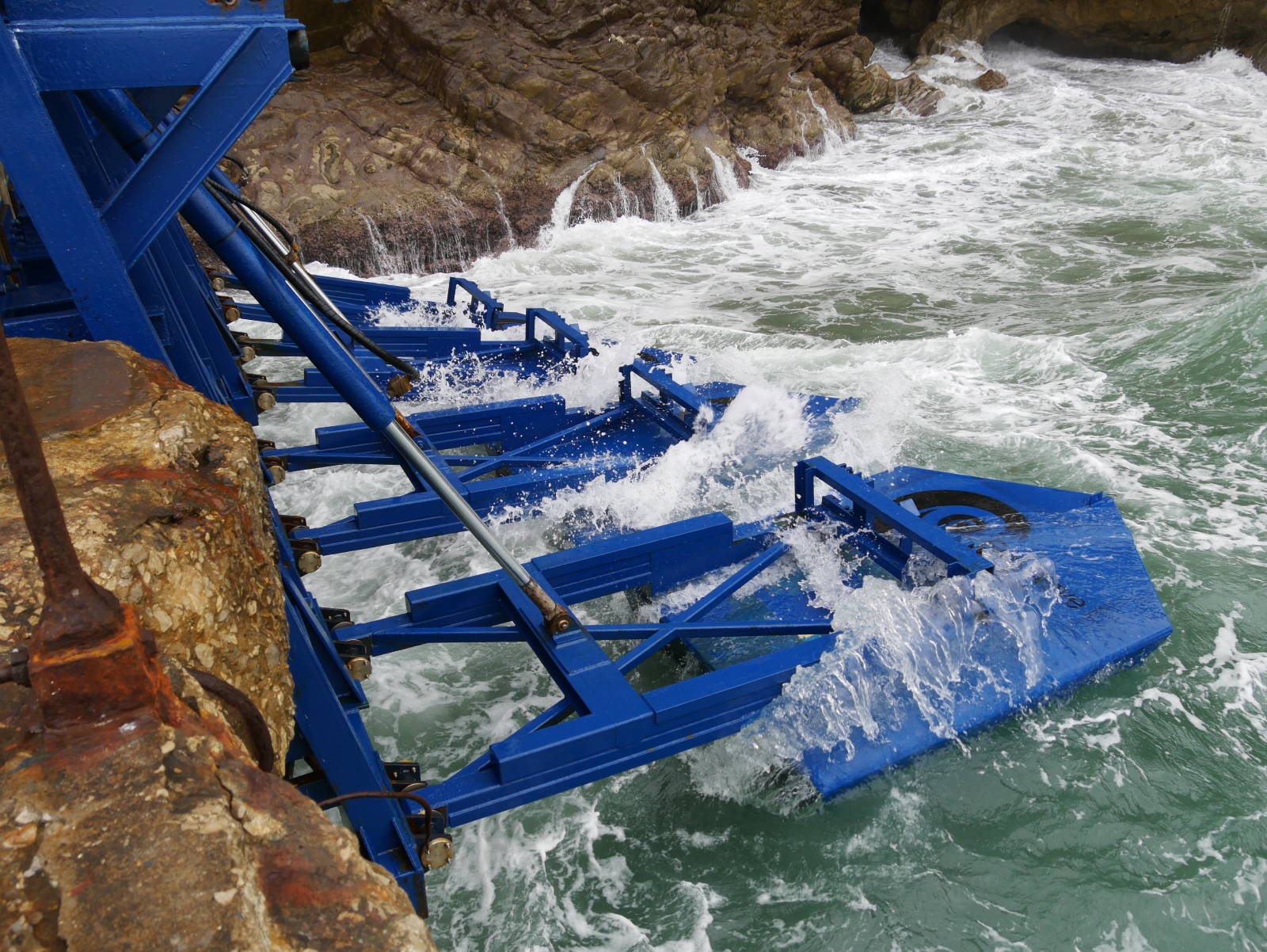 When Inna Braverman was two weeks old, the Chernobyl nuclear plant exploded. It was 1986 and the Braverman family was living just outside Kiev, well within the fallout range from the Chernobyl disaster. As baby Inna breathed in air tinged with radioactive dust, she stopped breathing.

“I went into full respiratory arrest,” Braverman explains in an emotional interview with ISRAEL21c.
Braverman’s mother approached her daughter’s crib and began screaming. But she was also a nurse. After a few long seconds of paralysis, she administered CPR to the tiny infant. It saved her life.

Four years later, the Braverman family left the former USSR for Israel. Inna was still very sick. “I’d get blue marks on my body, as if I’d been hit.” But the effects of radiation poisoning eventually dissipated and Braverman grew up healthy in the Holy Land.

Chernobyl influenced Braverman’s life in another way – and that influence has the chance to dramatically influence the world for the better.

“I got a second chance,” she says. “And I grew up knowing that I must do something different, something big with my life. If Chernobyl was all about producing energy in an unsafe way, I wondered whether there was a cleaner way to harness electricity. 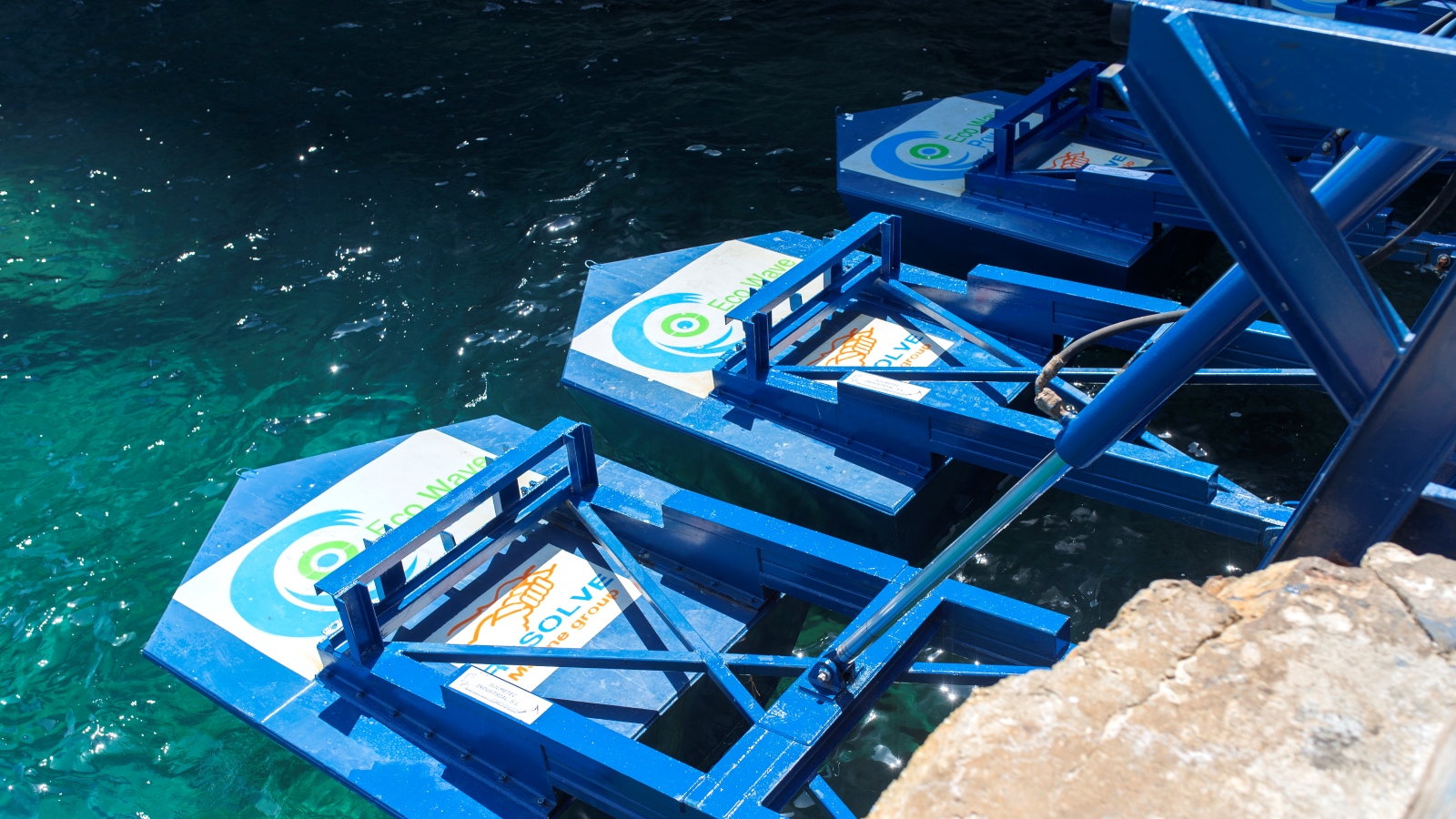 Twenty years later, fresh out of the University of Haifa, Braverman realized the answer.

There were plenty of companies working with solar, wind and hydro-electric power generation. But none had succeeded in trying to use one highly prevalent renewable source of energy–the ocean’s waves.

The ocean moves just as much as water flowing down a river or cascading off a dam. But transforming the crash of waves into electricity has been elusive, not the least because a particularly strong wave can quickly destroy wave-to-electricity equipment. That’s what happened with Pelamisin Europe and Oceanlinx in Australia, both now out of business.

The prevailing wisdom for wave energy capture has been to construct a large installation offshore, a few kilometers in the middle of the sea. But, says Braverman, that’s expensive and unreliable.

Offshore waves can reach tsunami-like heights that can pulverize the equipment, so few insurance companies have been willing to cover these kinds of installations and, if they do, it’s at a high cost.

Even worse, despite the positives of ocean wave-generated power, environmentalists are generally opposed because the installations “create a new presence on the ocean floor, which disturbs the natural marine environment,” Braverman says.

Braverman thought of a less expensive, safer alternative: Installing “floaters” on existing manmade structures – piers, jetties and breakwaters – and putting the main energy-creating equipment with its sensitive computers and generators on land. 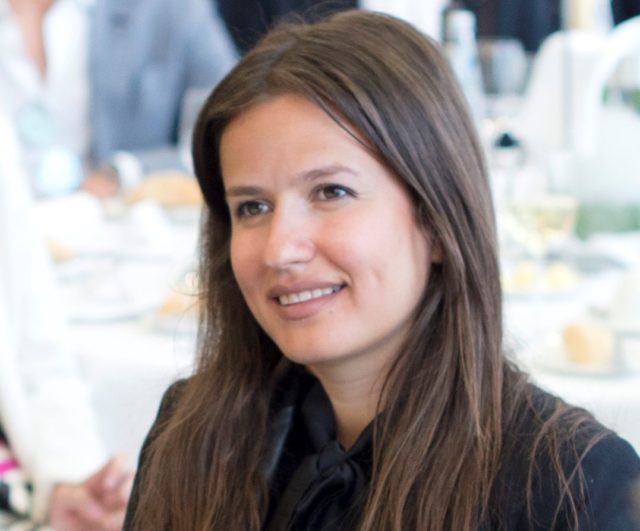 In 2014, when she was just 24 years old, Braverman teamed up with serial entrepreneur David Leb, who had decamped from a high-tech career to Panama where he was running a surf camp.

The lure of creating a company in renewable energy brought Leb back. Braverman and Leb named their new company Eco Wave Power.

The company landed its first client in Gibraltar. “It’s the first wave power company to be connected to the electrical grid under a PPA [power purchase agreement],” Braverman says.

A second working installation, in Jaffa, is used by the company for R&D and to demonstrate the system to investors and potential partners.

Eco Wave Power is now negotiating deals for a 4.1-megawatt installation in Mexico and a four-location 20-megawatt mega-project in Portugal. The latter has already progressed towards a concession agreement with APDL, the company that manages the port in Leixos, northern Portugal. 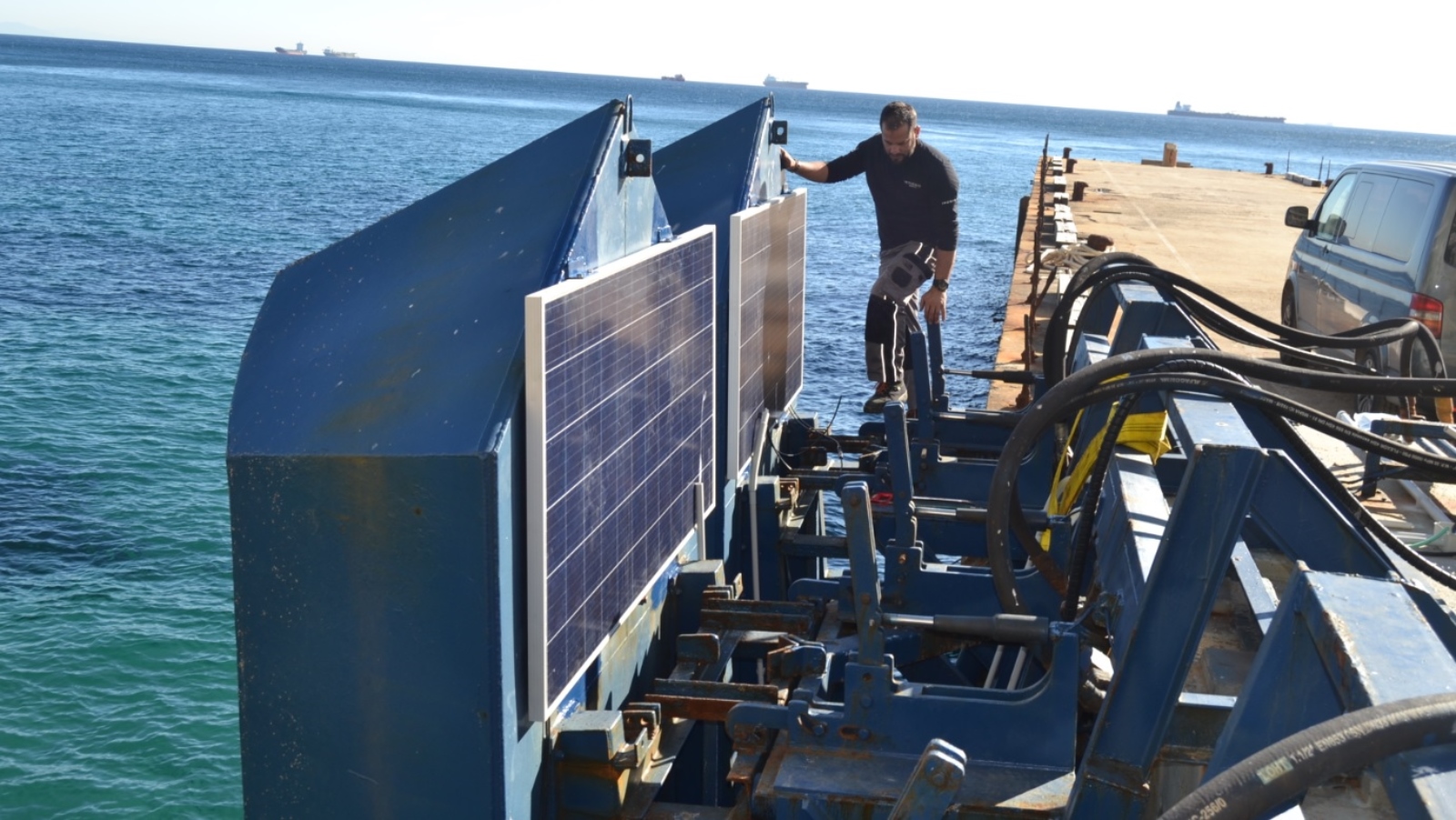 How does Eco Wave Power convert the movement of waves into electricity? Unlike hydroelectric systems, the waves do not spin a turbine directly. Rather, as the floaters bob up and down according to the height of the waves, pressure is created in hydraulic pistons, which push a biodegradable liquid through a pipe to an “accumulator” located shoreside.

That, in turn, turns a hydro-motor coupled to a generator to produce electricity. The fluid is returned to the pipe where it can be re-used by the pistons, making it a closed and “green” system.

Eco Wave Power can work in any location with waves of at least a half meter in height.

Braverman says if Wave Power were implemented everywhere in the world meeting that requirement, it could generate twice the amount of electricity currently created by all sources.

To that end, Portugal ultimately hopes to supply 25% of its annual power consumption from wave power. “There is a potential to install three to four gigawatts of wave power capacity in Portugal alone,” Braverman points out.

Wave power also generates jobs: the Portugal project, if fully implemented, would result in the creation of 1,500 new positions. 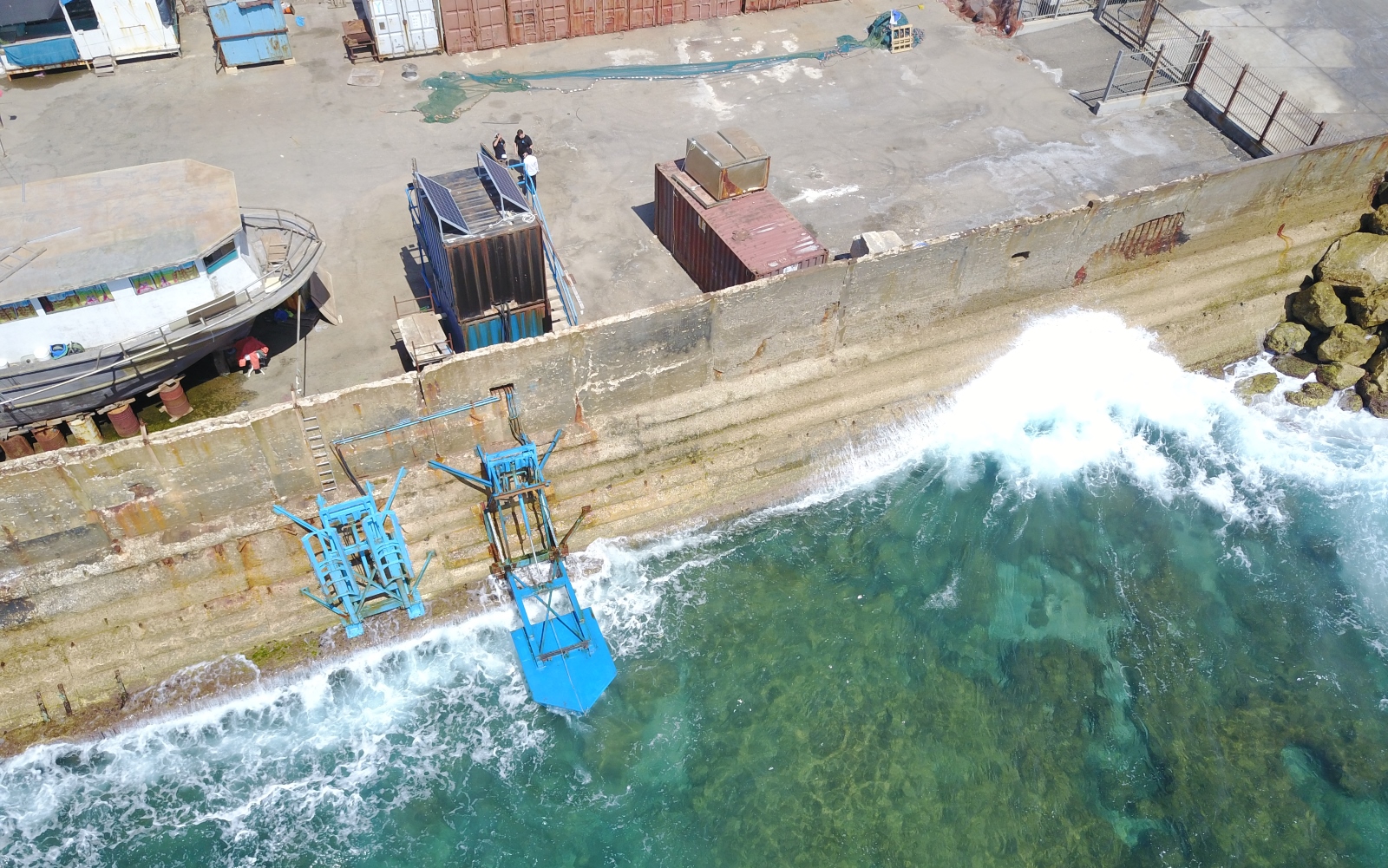 While Eco Wave Power’s technology is key, the biggest obstacles the company runs into are not mechanical but bureaucratic.

“In many countries, the only policies they have in place relate to solar or wind and are from 20 to 30 years ago,” Braverman says.

New regulations need to be drawn up – what licenses does a wave power company need? What fees must it pay? “Countries, ports and investors are very excited by these new types of projects, but it takes time to develop the first one.”

Eco Wave Power was recognized as a “pioneering technology” by the Chief Scientist of the Energy Ministry of Israel and received an “Efficient Solution” label from the Solar Impulse Foundation. The United Nations gave the company its Global Climate Action award.

The 11-person company raised $13.6 million when it went public in 2019. Its IPO took place on the NASDAQ First North market in Stockholm. Why Scandinavia?

“First, Sweden is very supportive of renewable energy, with 54% of the country’s energy coming from renewable,” Braverman says.

There is also a poetic justice to the Swedish connection, dating back to Braverman’s childhood. Swedish scientists were the first to detect the radiation from the Chernobyl disaster and to alert the world, at a time when Soviet officials were still denying there was a problem.

How has the coronavirus connection affected what Braverman and Eco Wave Power are doing?

“In the short run, it has a negative influence,” Braverman admits. “During the crisis, governments are not pushing renewable energy projects as a priority, which causes delays in execution and licensing, since a lot of the organizations responsible are not working or are working part-time.”

But there’s an upside, too. “In the long run, coronavirus

has taught us something important,” Braverman says. “When we start to get images of clear skies in China and sparkling canals in Venice, we get a glimpse of how a cleaner world could look.”

In this article:Finance, renewable energy