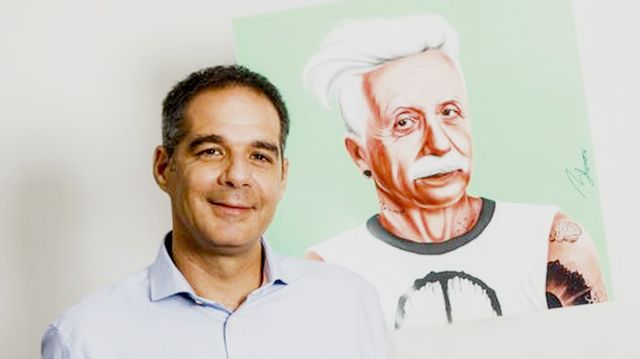 The world is inching ever closer to making cultured meat – a lab product based on animal cells – a staple of our diets, and Israeli companies are taking the lead in the global race to the plate.

The Meatech company of Nes Tziyona has taken it one step further, creating cultured meat tissue using a 3D printer, perhaps for the first time ever.

The unique head of the printer moves across the receiving tray, spraying it with precise layers of biological ink containing the embryonic stem cells of a calf.

While the results currently may not look very mouth-watering, the company is convinced that within no more than a year it will be the first in the world to 3D print a proper small steak, complete with fiber, fat and an enticing aroma.

The cultured meat is essentially real meat, aside from the fact that no animal was killed to put it on the table.

The meat has all the required nutritional value, does not contain viruses, cholesterol or other undesirable ingredients, does not require the huge amount of resources used in farming – no grazing land, food and water – and does not release toxic methane gas into the atmosphere like cows do.

It may well be that we are seeing one of the most revolutionary technologies in the history of mankind.

The meat is produced by taking animal stem cells and mixing them with nutritious proteins and growth-enhancing materials inside a massive advanced-technology pot called a bio-reactor. The cells grow and multiply, collect in tiny clusters and then connect to create a live muscle tissue.

The growing process is a slow one, and at this point in the process most companies in the field chop up the manufactured meat into a kind of ground beef.

Meatech’s innovation, however, allows it to liquefy the tissue, enabling it to be sprayed through the 3D printer they developed and to rapidly create the look and thickness of a steak.

It is possible to direct the cells’ growth in the bio-reactor so that some of them develop into fat cells, which give meat its flavor, or into other kinds of meat muscle cells. The printer can combine different “inks” and in this way, create different kinds and flavors of steaks.

Sharon Fima, CEO and co-founder at Meatech, says that the company is focused on the industrial market, and its goal is to fast produce multiple steaks, creating one unit every few seconds.

For this purpose, the company is developing an industrial 3D printer with multiple printing heads, allowing it to deliver a significant number of the product to the market.

In the meantime, the company has submitted a patent request for its printing technology. “It is already known globally that it is possible to produce cultured meat cuts. Our goal is to show that this can be done in an industrial capacity,” Fima says.

According to Fima, the company is developing two technologies from scratch – biological ink and industrial-level production of live tissue.
The company has also developed its own bio-reactor, after realizing that the equipment available on the market was not suitable for the process it is developing.

“We have a number of scientific challenges to deal with, but the best people in this field in the world are right here in Israel,” Fima says.
Meatech was founded in 2018 by Fima, Amir Hasidim and Omri Schanin. The company raised $3 million and employs 15 people, as well as two scientific advisors.

The concept of growing live tissue in a lab stems from the need to repair or replace human organs, and as scientists worked towards this goal, they also discovered a way to grow edible meat tissue.

One of Meatech’s scientists is Prof. Tal Dvir from the Department of Molecular Microbiology and Biotechnology at Tel Aviv University, who found international acclaim last year when his lab managed to 3D print a live human heart.

According to Dvir, producing printed meat has its own unique challenges.

“We have to differentiate between edible tissues and medical tissues,” Dvir says. “In the medical lab you don’t have to meet the goals that Sharon and the guys have to meet.”

Meatech’s challenges arise from its plan to create life-like steaks. Dvir says that all of the companies know how to produce a small piece of tissue, but producing a 200 gram steak needs a huge quantity of cells, making it necessary to develop a new kind of bio-reactor that can provide billions of cells. 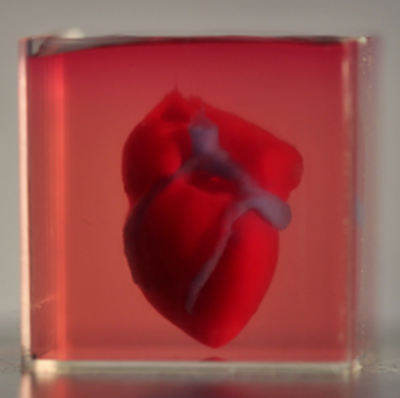 Another challenge not yet solved is the incubation process, in which the raw tissue is modified into a meat cut with typical steak-like texture, the nutritional ingredients and of course, the flavor.

“The company knows exactly what should be done to achieve the final product. It won’t happen tomorrow, but the company knows what’s needed to create tissue that is both nutritious and delicious,” says Dvir.

Israeli hi-tech firms quickly threw themselves into the field of cultured meat, and Meatech is joining three other local companies already operating in the field.

Supermeat, led by Ido Savir, Koby Barak and Shir Friedman, was the first. In 2016 it launched a crowd-funding campaign in order to develop cultured meatballs, sausages and chicken nuggets.

The campaign received wide interest and the company initially raised $215,000. Then came the investors like German food concern Weitzenhoff and Israeli companies Zoglowek and Neto, and the company raised a further $3 million. 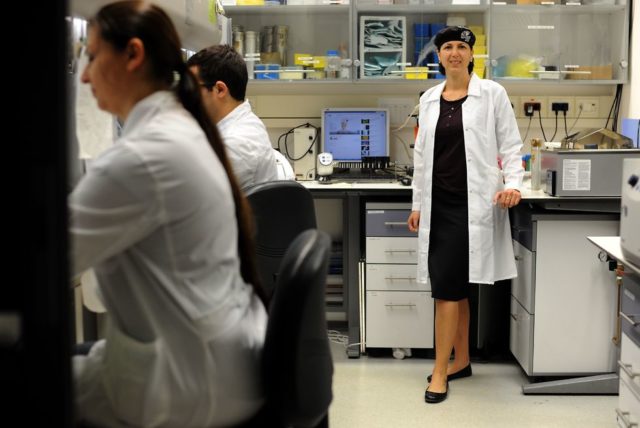 Supermeat plans to get its first products out to restaurants in 2021.

Aleph Farms, established by Didier Toubia, Jonathan Berger, Amir Zeidman and Prof. Shulamit Levenberg of the Technion – Israel Institute of Technology, entered the field a year after Supermeat, and raised $14 million from investors.

The company is developing technology to manufacture whole steak cuts based on Levenberg’s research. It plans to complete its experimental stage next year and to hit the market two years after that.

Future Meat was founded in 2018 by Prof. Yaakov Nachmias from the Hebrew University of Jerusalem, who previously took part in the creation of Supermeat, and Rom Kshuk, who is currently serving as CEO.

The company has raised $16.5 million so far, with funding coming from, among others, Tyson Foods, the world’s second biggest food supplier, who has also invested in Beyond Meat.

Future Meat, which develops meatballs from beef and chicken meat based on Nachmias’ research, is expected to be the first to hit the markets next year.

The company does not use expensive stem cells but produces what it calls “hybrid meat” – a mix of animal meat fat and vegetable protein tissues, hoping that this method will eventually lead to a target price of $5 per kilogram.

3D printing technology is also the focus of Redefine Meat, another Israeli company that was established in 2018 and has already raised $7 million.

Unlike Meatech, Redefine Meat’s printed steak is based on vegetable meat replacement products.

Israel’s supermarkets already sell some of the new meat replacement products, from companies like Beyond Meat and Impossible Foods, who have raised huge investment capital and received vast media coverage.

But the research currently being done is not for a meat replacement product but actual beef, chicken, fish, pork and even sea fruit meat – grown in a process of industrial culturing.