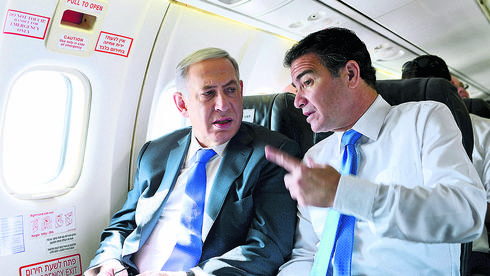 The Mossad intelligence agency obtained hundreds of millions of protective gear and thousands of medical devices as part of a concerted effort to combat coronavirus said an internal report obtained by Ynet on Tuesday.

Mossad chief Yossi Cohen, who oversaw the operation, on Tuesday was to officially pass the authority over the coronavirus control center to the Health Ministry, in special ceremony.

As part of the global bidding war that erupted following the COVID-19 outbreak, Cohen was forced to utilize his personal connections with various nations around the world, including countries that have no diplomatic ties with Israel, to attain the lifesaving gear.
According to media reports, some of the equipment arrived from unnamed countries in the Persian Gulf.

Over the past few days, Mossad’s command has begun the process of transferring the task of handling and purchasing the equipment to the Health Ministry in order to free up its operations in case a second virus wave hits the country.

In total, Israel’s hospitals are expected to receive close to 10,000 ventilators by October.

In addition, the report mentions four million protective vests and over two million coronavirus test kits, most of which arrived from China and South Korea.
The report points to deliveries of 47 different types of medications, including anesthetics as well as insulin.

Prime Minister Benjamin Netanyahu thanked Cohen and the Mossad during a meeting between the two on Sunday, saying “you have done something extraordinary.”

“The results speak for themselves,” said Netanyahu. “As we transfer the operations to the Health Ministry, we don’t know what the future holds. We must take advantage of the experience we have gained if it will be needed again. In the name of the citizens of Israel and me, I thank you for your excellent work.”

In this article:Mossad, Finance, Coronavirus