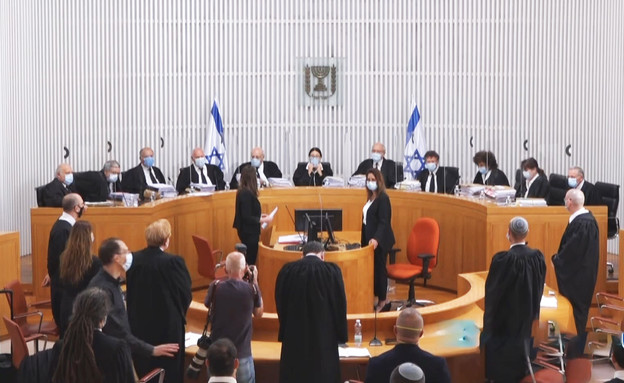 Prime Minister Benjamin Netanyahu’s indictment on corruption charges does not disqualify him from forming a government, Israel’s top court ruled unanimously on Wednesday, paving the way for the veteran leader to remain in power.

In its ruling against opposition petitioners, the High Court of Justice also found that Netanyahu’s unity government deal with his election rival Benny Gantz does not violate the law, dismissing arguments that it unlawfully shields him in a corruption trial.

The ruling came after two days of televised courtroom debates by the panel of 11 judges after a number of petitioners questioned the legality of the unity agreement between Netanyahu’s Likud and Gantz’s Blue & White.

Had the court ruled against Netanyahu, it would have plunged the country into its fourth consecutive election in just over a year as the nation battles the coronavirus epidemic.

“We did not find any legal reason to prevent Netanyahu from forming a government,” the court said. “The legal conclusion we reached does not diminish the severity of the pending charges against Netanyahu for violations of moral integrity and the difficulty derived from the tenure of a prime minister accused of criminal activity,” it added.

The judges ruled that while the coalition deal presents significant legal difficulties, the court would not interfere in its contents following changes submitted by Netanyahu and Gantz.

“For example, if the agreements on Norwegian Law are executed, they will constitute a retroactive change to the rules of the game … and will result the decline of the status of the opposition in Israel,” she added, referring to the controversial law that allows ministers and deputy ministers to resign from the Knesset and enable the next candidate on their party’s list to enter, but they still have the right to return if the Knesset dissolves.

The Movement for Quality Government in Israel, one of the main petitioners, said the respect the decision but will nevertheless take to the streets in protest.

“We respect the High Court’s ruling,” said the statement. “However, from a moral standpoint, we are unable to come to terms with this situation of a criminally indicted prime minister. The Movement for Quality Government in Israel will hold a large demonstration Saturday evening under the banner of ‘Israel is ashamed,'” it added.

“The Netanyahu-Gantz government is the exact definition of the expression ‘it’s kosher but it’s stinks.'”

Only minutes before the ruling had been made, Netanyahu and Benny Gantz agreed the unity government, if approved by the Knesset, will be sworn in next Wednesday, May 13.

Netanyahu has been charged with fraud, breach of trust and accepting bribes in a series of scandals in which he is accused of offering favors to media moguls in exchange for favorable press coverage.

He denies the accusations and says he is the victim of a media-orchestrated witch hunt. His trial was postponed in March due to restrictions his hand-picked interim Justice Minister Amir Ohana placed on the courts after the coronavirus crisis erupted. It is now scheduled to start later this month.