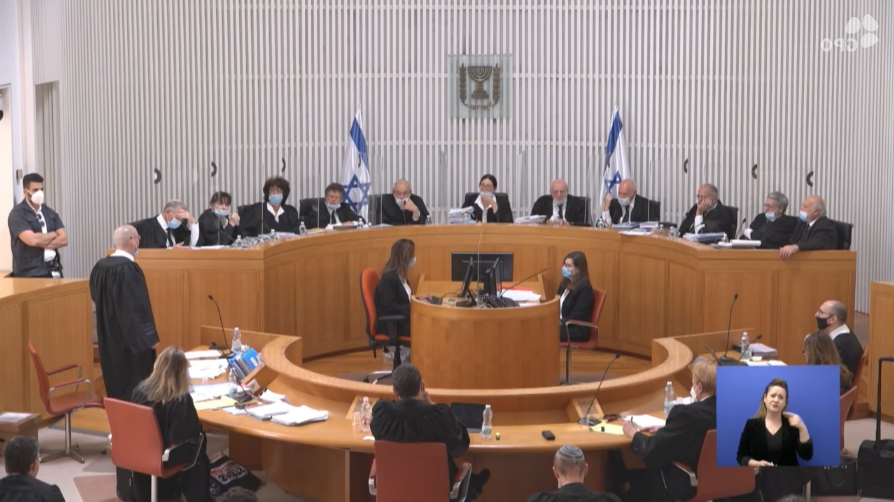 Historical hearing: the High Court began hearing on Sunday against petitions against the government by a criminal defendant and against the coalition agreement signed between the Likud and the blue, which includes – for the first time in state history – unprecedented move Where two prime ministers are simultaneously being sworn in.

The hearing opens at 10:00 and is held before a panel of 11 judges, chaired by Supreme Court President Esther Haim. Today’s debate is about whether a defendant indicted could form a government, but tomorrow’s hearing – around the coalition agreement – will be just as significant.

Outside the Supreme Court building, there have been demonstrations for and against Supreme Court justices this morning. Activists of the Movement for Quality Government read: “Backing the judges and urging them not to give a person accused of bribing the mandate to assemble the government.”

On Thursday, Attorney-General Avichai Mandelblit delivered his legal opinion to the court. In his opinion, there is no impediment to a member of the Knesset accused of criminal action forming a government. In his response, he admitted that there were significant difficulties in the matter, but nevertheless – there is no ground for judicial intervention.

With regard to the coalition agreement, the Attorney General added, it is better to check the legality of the agreement at the time of its implementation, and not at this time. “The final decision on the legality and constitutionality of the individual arrangements should be examined only after the legislative procedures are completed – and against the practical implementation of the provisions of the agreement.”

Mendelblit addressed the circumstances surrounding the decision, writing that “The decision to impose the government’s role on Netanyahu is called for in an unprecedented national emergency – both because of the unprecedented political situation we have been in for a year and five months, following three Knesset election campaigns; and because of the national emergency. In it, the state, in dealing with the Corona epidemic, has all the difficulties involved. ”