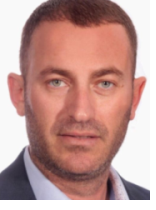 The Coronavirus crisis does not take prisoners. It is not slow and patient and does not recognize Israeli holidays or Israeli leaders, winter or summer, or the fact that it has come to us when the official state has been in a pause over a year.  We are likely to suffer from the crisis even when we will finally forget what the virus symptoms are or how to make a Friday night zoom call.

But this virus, which migrated to us from the Far East, not before embarking on a tour in Europe, made us Israelis show our true character in the best possible way. After a year of social, religious and communal polarization that the state apparently did not know of its existence, the horrid virus managed to make us unite against a common enemy. However, this time it is not political view which unit us but life itself.

This year, many records were broken in the State of Israel. There were three election cycles in less than a year, political parties collapsed, united and fell apart again, and our most unifying holiday we celebrated alone. But maybe the shock we have been going through got the best out of us. Suddenly a unity government is not a crude word, ultra-Orthodox BneiBrak citizens bake Sabbath bread for soldiers overseeing the city, and even the leaders of the Arab community are working in close cooperation with the police to prevent contagion for the Ramadan holiday.

This crisis, however severe and critical, is the cure for the virus that the country has been suffering from over the past year: hate towards the other just for being different, populism and standing behind false principles. And now, when we are after our most patriotic holiday, Independence Day, we notice no less the sense of unification and maintaining values themselves: no large shows, no fireworks but unity on the balconies, unity among neighbors. However, those who did not take the opportunity to unite are our leaders. And within the whole “just not Netanyahu” camp – it’s not just Netanyahu.

PM Benjamin Netanyahu survived almost everything, but if he continues to do nothing regarding the untreated employers, those who do not receive the money of the IAF and all the people who are suffering from the economic crisis, he is expected to have a “battle” that is doubtful if he is prepared for .

A state that collects taxes from the dead may face resurrection. With the resurrection of “black flag” protests, we are a moment from protests becoming riots. When there is no personal example of leadership, personal anarchy becomes economic anarchy and we already seeing its symptoms. The domino effect, a collapse of sector-by-sector which we are currently experiencing, is the direct result of the lack of governance and the lack of a government. And it will cause a major loss to the people.

Our Non-Leaders leave the authorities to think about solutions for residents’ property taxes, taxes and commitments. This leaves the employers with zero help in managing the crisis with one-sided moves such as layoffs and DRAs. This is why the Coronavirus can be an opportunity – an opportunity to shake up companies, reinvent entire industries, whether it is through technological adaptation to a world of commerce that operates primarily online or if it is through ways of maintaining personal contact with customers during a time when social distancing is enforced – it is here to stay for the foreseeable future.

I urge not only Netanyahu but all the leaders of our country, which have long been cohesive for the first time, and look up to them – do not miss the opportunity. Do not give up on messages of consolidation, nor about total assistance or differentiation between self-employed and employees.

Yes, it will pass too. The question is- how?

Gal Baysberg is the founder and owner of the Baysberg Team, CEO of Galai Communication & PR and a strategic advisor for public campaigns