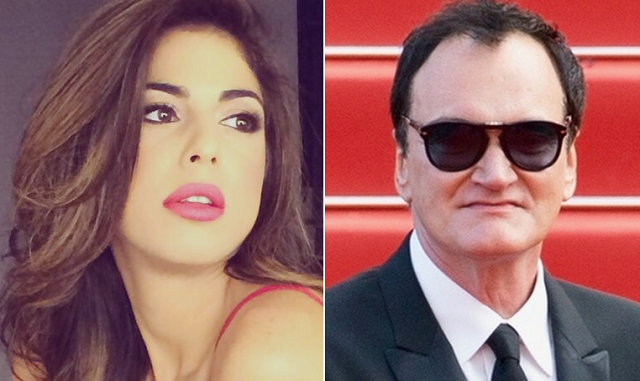 Danielle Pick (36) gave birth today to a firstborn son with her husband, Quentin Tarantino (56), one of the world’s most successful directors. The two married in November 2018 in Los Angeles. Congratulations!

The pregnancy came to light last August, nine months after the couple married in a wedding earned headlines all over the world. Daniella Pick gave birth at Ichilov Hospital in Tel Aviv.

The love story of the new parents, who chose to live and have a birth in Israel, received quite a bit of coverage over the years. The two met  in 2009 when Trentino came to visit Israel as part of the promotion of his film “Inglorious Basterds.” In 2017, the two renewed their relationship and got engaged in June 2017.

Daniella Peak and Quentin Tarantino’s first child together. Israeli model gave birth to her son with the famous Hollywood director, just a year and a half after marrying him in intimate ceremony in Los Angeles. #Israel #quentintarantino pic.twitter.com/FsoaZdDk2i

A year later Pick and Trentino married in their Beverly Hills home in a reformed intimate ceremony for family and close friends. In recent months, the couple has been spending time in Israel, in their North Tel Aviv apartment. Lucky people meet the director around town.

In an interview published last month in “7 Nights” Magazine of Yedioth Aharonoth, Tarantino said of his new life in Israel:

“My life here is so wonderful. During the day Danielle does what she does, her presence at home is so pleasant, she is pregnant, happy to heaven. I’m happy just to look at her. I sit in my office, write the book, and then she makes lunch, we eat, and then around dinner, she calls me and I go downstairs and we have dinner, and then we just spend time together watching something or talking or doing together whatever, and then either I go to bed with her or I go back upstairs to my office and write some more or I watch alone something she doesn’t want to and going to bed a little later. Real life. It’s something I’ve never had before. Just a really pleasant experience. ” 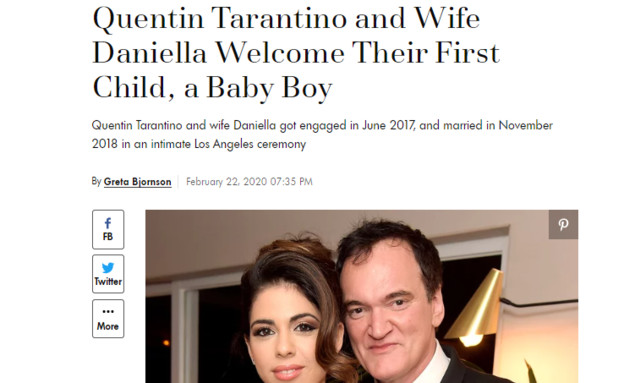 In this article:Finance, Quentin Tarantino