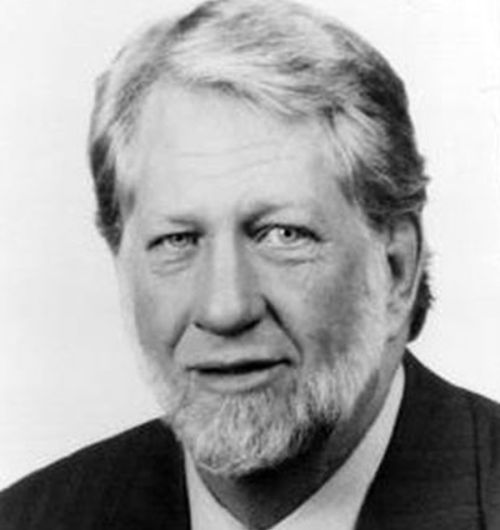 Ebbers, 78, released in December for a rapid deterioration in his health after running 13 years in prison.

bobbers (not Jewish) was convicted of conspiracy, securities fraud and filing false documents to authorities as part of an $11 billion accounting fraud. The scam led to the biggest corporate bankruptcy of the time – WorldCom (renamed MCI) went bankrupt in 2002 with $103.8 billion in assets. Only in 2008 did this dismal record break, with the bankruptcy of Lehman Brothers, which had $600 billion in assets.

The fraud at WorldCom and other companies early in the last decade (he was convicted in March 2005) led to far-reaching reforms in stock exchange accounting, which was reflected in the Sarbanes Oxley Law, which changed the regulation of accounting control worldwide, including criminal liability for executives who sign the reports. Bernard Ebbers is responsible for reform, the New York Times reports.

Ebbers, who was once a high school basketball coach, turned WorldCom over two decades from a small phone company in Mississippi that provided overseas calls to the $175 billion telecom giant, which acquired MCI Communications in 1998 for $37 billion.

The fraud was based on recording expenses as capital investments to allow a deduction from profit and spread it over years. This makes it possible to maintain a higher profit on the paper. This way WorldCom inflated its billions of dollars each year. Company employees testified that Ebbers instructed them to inflate the results. Its purpose, of course, was to satisfy investors’ desire to lead to a rise in share price and executive compensation.

The fall of one of the world’s largest corporations

The fraud exposure came after another fraud was disclosed to Enron, an energy trader. Enron performed much more complex accounting exercises, including off-balance-sheet rotary and cross-over transactions. In the fall of Enron, its accounting auditor, Arthur Andersen, was also one of the five largest accounting firms in the world and one of the largest multinational corporations. Arthur Andersen revoked her audit license and was closed after being convicted of assisting with the Enron scam.

Ebbers faced a longer sentence than Jeffrey Skilling, 24-year-old Enron CEO, and 15 years to John Rigas of Adelphia, who was also convicted of accounting fraud. Both were released early. Leo Dennis Kozlowski, CEO of  Tyco International, was convicted of fraud in 2005 and sentenced to 8-25 years in prison. He was released after six years.

Even after his imprisonment, Ebbers continued to claim that he was innocent and that company employees had committed the fraud. Unlike Kozlowski, Skilling, or Chairman Enron Kenneth Lay, Ebbers did not sell his shares in the company in the months before it collapsed, a fact used by him in his defense to claim he did not participate in the scam.

Behind the fraud was hidden personal and business financial hardship. WorldCom’s acquisitions in the late 1990s brought it to the climax of the debt-laden dotcom bubble. Ebbers himself gambled on falling stocks and owed his brokers money and borrowed money from the company, until he was ousted in April 2002 for $400 million in debt. Two months later, accounting irregularities were revealed and the company announced that it would reissue its reports. Other senior executives, including CFO, were fired.

Ebbers’ health began to deteriorate in 2019, seeking early release on the grounds of old age. He lost his sight, fell several times, and found it difficult to walk, eat and taking care of himself. He probably suffered from dementia and lost a quarter of his body weight during one year and a half. Judge Valerie Caproni, who presided over the second half of his trial, supported his early release. She said that “13 years of imprisonment – until his death approaches – is not a light sentence. Ebbers is actually serving a life sentence.”