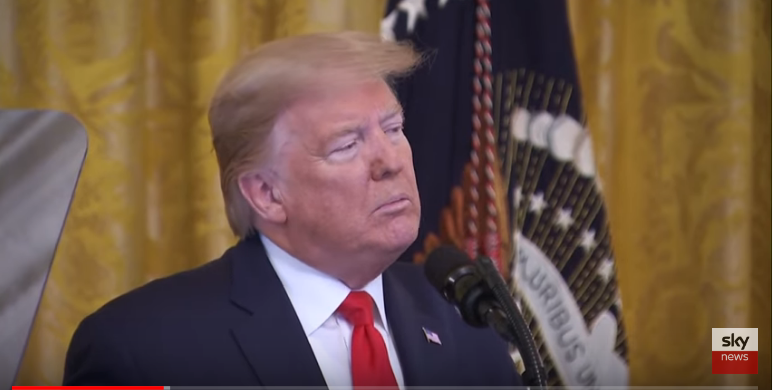 Trump on Tuesday held a special press conference together with Prime Minister Benjamin Netanyahu to unveil the details of the long-delayed Middle East peace plan, so-called “the deal of the century.” The plan that Jared Kushner, Trump’s son-in-law, and senior adviser, has been working on for nearly three years.

President Donald Trump called for “two-state resolution” and the creation of a State of Palestine with its capital in portions of East Jerusalem. Trump expects Palestinians to take steps to become self-governing. The future Palestinian state would consist of the West Bank and Gaza, connected by a combination of above-ground roads and tunnels.

Both Prime Minister Benjamin Netanyahu and his political rival Benny Gantz had signed off on the plan.

The Palestinians have already rejected the proposal, accusing Trump of being biased in favor of Israel as he has adopted policies that bolster Israel at their expense.

Trump said: “Today, Israel has taken a giant step toward peace. Yesterday, Prime Minister Netanyahu informed me that he is willing to endorse the vision as the basis for direct negotiations – and, I will say, (opposition leader Benny Gantz) also endorsed and very strongly – with the Palestinians a historic breakthrough.”

The plan includes a four-year freeze in new Israeli settlement construction, during which time details of a comprehensive agreement would be negotiated. It was not immediately clear if the freeze could be extended if a final deal is not concluded in the four years.

Trump sent a letter to Palestinian President Mahmoud Abbas, where the U.S. president promised that the Americans and other countries as well “will be there every step of the way to help” if the Palestinian accept the plan,

Netanyahu said at the event in the White House that he is ready to enter the negotiations with the Palestinians on the basis of the peace proposal, calling it “a realistic path to a durable peace.” He added that Trump’s plan “strikes a balance.”
Netanyahu said: “On this day, you too have charted a brilliant future, a brilliant future for Israelis, Palestinians and the region, by presenting a realistic path to a durable peace.”

The prime minister added that Trump recognizes that Israel must have sovereignty in the Jordan Valley and other places “where it can defend itself, by itself.”

Here are some of the key points:

—Israel will hold a four-year land freeze to secure the possibility of a two-state solution.

—Over time, the Palestinians will work with United States and Israel to assume more security responsibility as Israel reduces its security footprint.

—Neither Palestinians nor Israelis will be uprooted from their homes.

—Palestinian refugees will be given a choice to live within the future State of Palestine, integrate into the countries where they currently live, or resettle in a third country.

The plan calls for a four-year freeze in new Israeli settlement construction, during which time details of a comprehensive agreement would be negotiated, according to the officials who spoke on condition of anonymity ahead of Trump’s announcement. However, it was not immediately clear if the freeze could be extended if a final deal is not concluded in the four years.

The event comes as Trump’s impeachment trial continues in the Senate and Israel’s parliament had planned a hearing to discuss Netanyahu’s request for immunity from criminal corruption charges. Netanyahu withdrew that request hours before the proceedings were to begin, but Israel’s parliament, the Knesset, is still expected to meet. The body had been likely to vote against immunity, dealing Netanyahu a blow.

In the run-up to the March 2 election, Netanyahu has called for annexing parts of the West Bank and imposing Israeli sovereignty on all its settlements there. 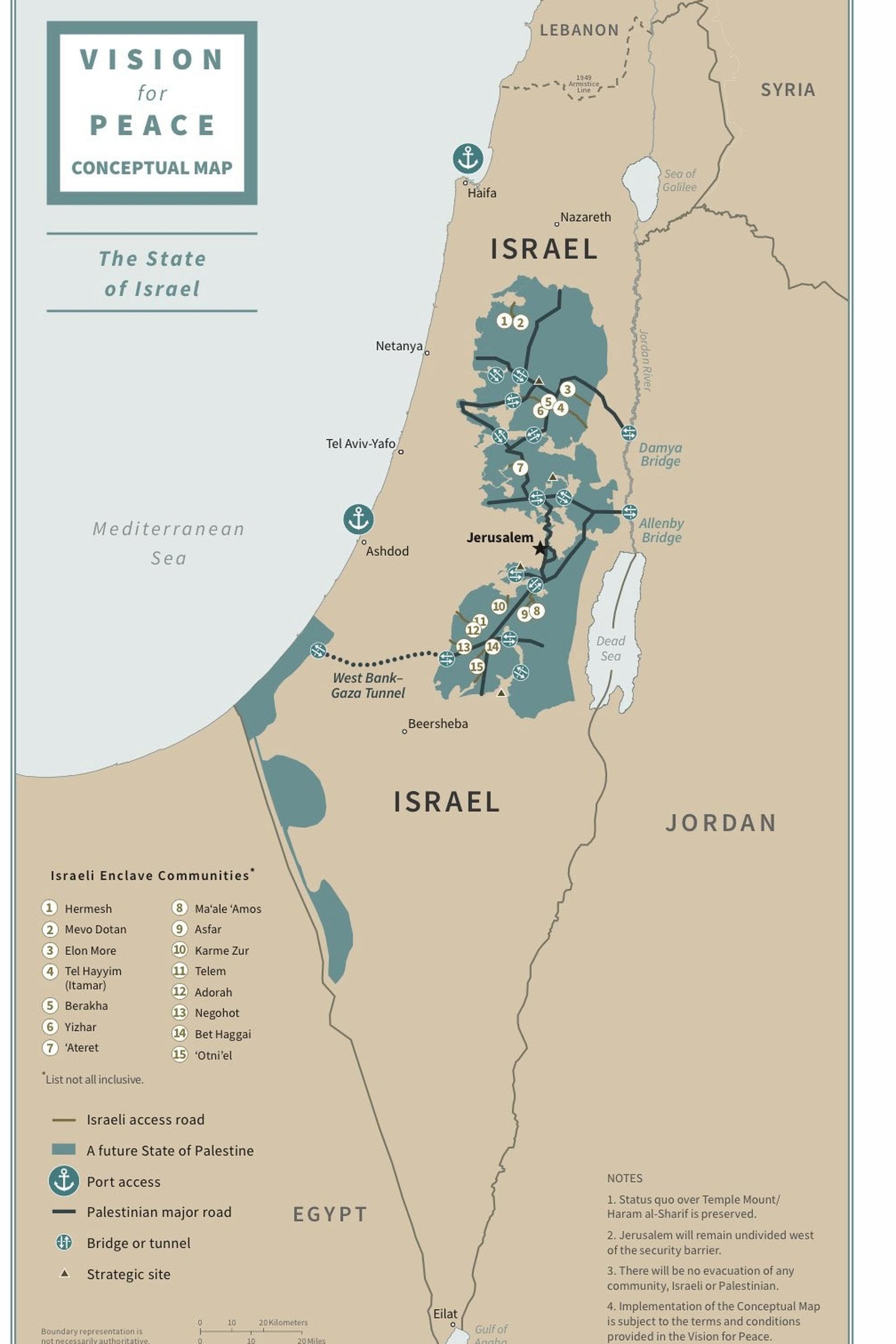 Security responsibility for the Jordan Valley would remain in Israel’s hands for the foreseeable future but could be scaled back as the nascent Palestinian state builds its capacity, under the terms of the plan, which says that statehood will be contingent on the Palestinians meeting international governance criteria.

The officials said they expected negative responses from the Palestinians, as well as Turkey and Iran, but were hopeful that Jordan and Egypt, the only two Arab nations to have peace treaties with Israel, would not reject it outright. The officials said they expected Gulf Arab states like Saudi Arabia, the United Arab Emirates and others to cautiously welcome the plan.

The reaction of Jordan, which would retain its responsibilities over Jerusalem’s al-Aqsa Mosque under the plan, will be particularly significant, according to the officials, who said Kushner and others were reaching out to Arab leaders ahead of the rollout.

The Palestinians see the West Bank as the heartland of a future independent state and east Jerusalem as their capital. Most of the international community supports their position, but Trump has reversed decades of U.S. foreign policy by siding more blatantly with Israel.

The centerpiece of his strategy was recognizing Jerusalem as Israel’s capital and moving the American Embassy there. He’s also closed Palestinian diplomatic offices in Washington and cut funding to Palestinian aid programs.

Those policies have proven popular among Trump’s evangelical and pro-Israel supporters and could give him a much-needed boost from his base as he gears up for a reelection battle this year.

But the Palestinians refuse to even speak to Trump and they are calling on support from Arab leaders. The Palestinian leadership also has encouraged protests in the West Bank, raising fears that the announcement in Washington could spark a new round of violence. Ahead of the announcement, the Israeli military said it was reinforcing infantry troops along the Jordan Valley.