On January 26, Los Angeles Lakers legend Kobe Bryant was tragically killed in a helicopter crash along with 8 others including his 13-year-old daughter, Gianna. Bryant is one of the highest scoring NBA players of all time, with a total of 33,643 points scored in regular-season games over his 20-year career.

LeBron James is the only player in the current top-10 to still be playing in the NBA. In third place with 33,655, the 35-year-old still has some way to go if he is to beat Kareem Abdul-Jabbar’s career tally of 38,387. 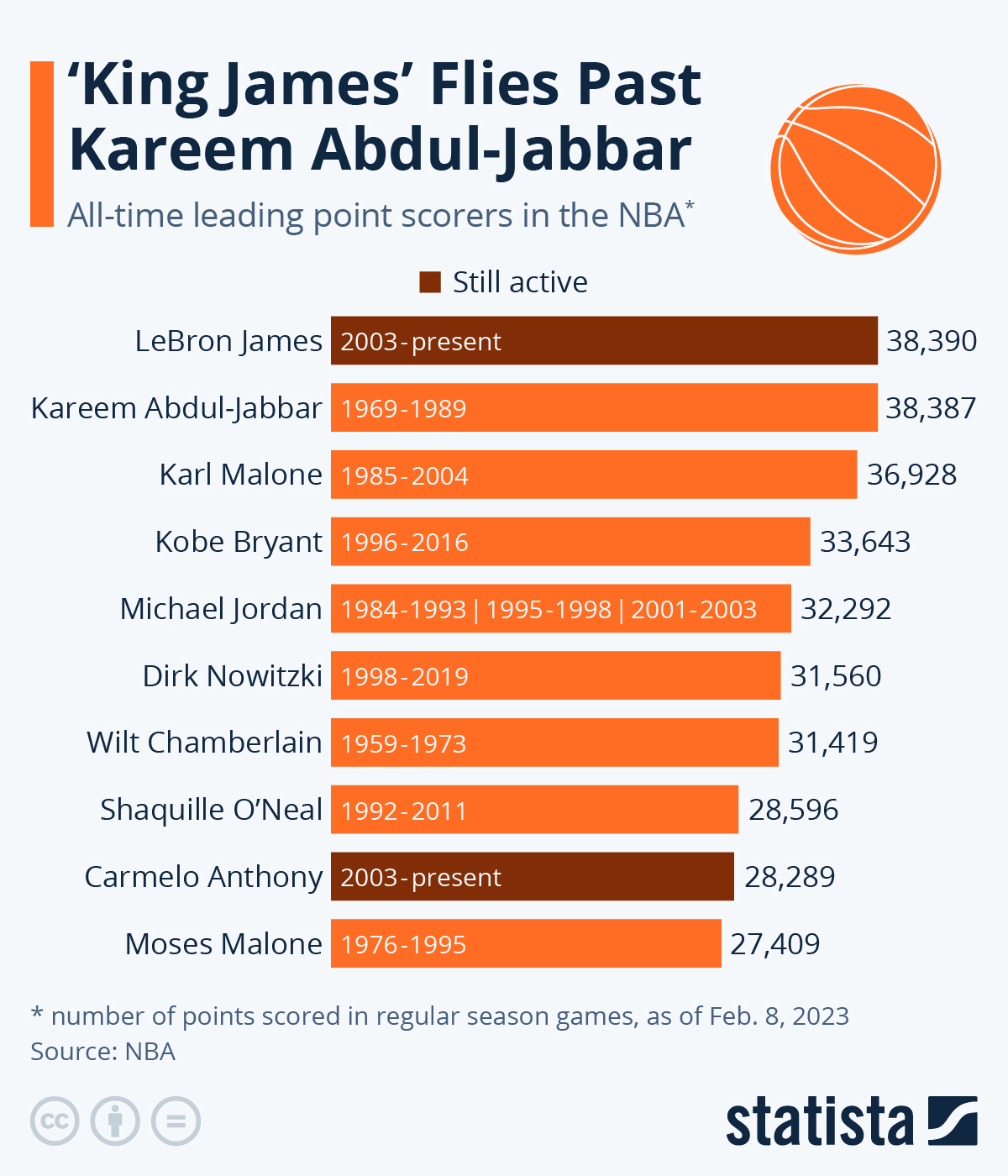 The Largest Militaries in the World