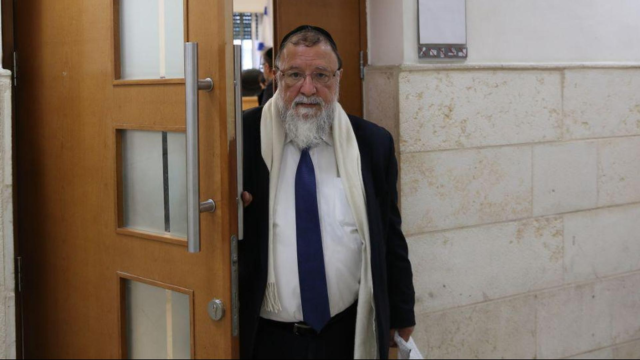 A Jerusalem rabbi was sentenced to four years in prison for sexually abusing at least four children at his synagogue.

The Jerusalem District Court on Tuesday sentenced Shalom Hazan, a community rabbi in the capital, for committing indecent acts with children under 16.

Hazan was convicted for abusing two boys and two girls, aged 6-12, whom he met at his synagogue where they assisted him with chores and studied Torah. He was ordered to compensate the victims with a sum of NIS 40,000.

The indictment against Hazan has filed nearly a year ago and detailed the manner in which the rabbi groomed the victims and sexually exploited them.

According to the indictment, he sat the children down on his knees, groped them and kissed them on multiple occasions. He then bribed the children money and gifts in order to keep them from speaking up about the ordeal.

During the trial, Hazan maintained that he did not harm the children and treated them “like a loving grandfather.”

“A community rabbi who is supposed to support and comfort to the general public, including parents and children, has turned into an abuser,” said Attorney Shimrit Wolf of the Jerusalem District Attorney’s Office following the sentencing.

“He bought the children gifts, he developed this method and used it to hurt child after child,” she said. “The defendant took advantage of his power and status, the admiration the children felt for him, thereby violating their rights.”