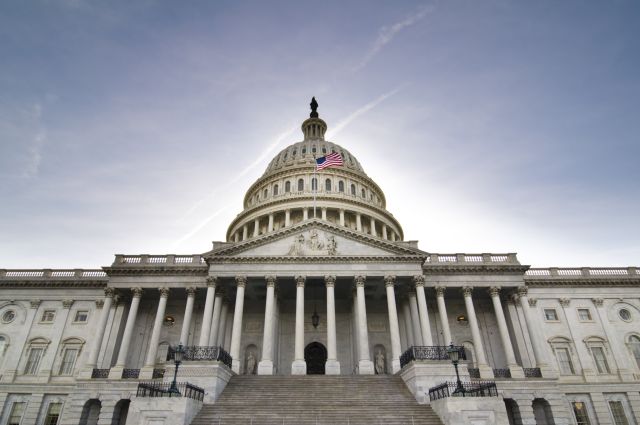 Right now, millions of people in the U.S. and around the world are glued to their screens watching the Trump impeachment hearings taking place in Washington, D.C.

Now, it is not the purpose of this article to advocate for the merits or illegitimacy of this process. Rather, we will be pragmatic instead of political, and look at what impeachment means, and how it works — especially since many people are unclear on this now very relevant U.S. Constitutional mechanism.

To start with — and contrary to popular belief — the U.S. House of Representatives (commonly referred to as the House) does not have to vote on whether to launch a formal impeachment investigation. However, it did just that on October 31. To nobody’s surprise given the Democratic majority in the House, the resolution passed 232-196.

Once the formal impeachment investigation ends, the House will vote again on the matter of impeachment. Notably, only a simple majority of one vote is required for the motion to carry. As such, given that there are 435 Congressmen and Congresswomen, all that is necessary to endorse impeachment is 218 votes in favor. Provided that the House inquiry wraps up before the 2020 elections (which is virtually a foregone conclusion), and in light of the fact that there are 235 Democrats in the House (three Democrats abstained in the vote to launch a formal impeachment investigation), it is hard to imagine a scenario in which an impeachment resolution falls.

Presuming that Congress votes to impeach — which is about as safe a political bet as you can make these days — the matter will be taken up by the Senate. A trial will take place, which will be ultimately voted on by 100 Senators. Unlike the impeachment resolution in the House, a two-thirds majority (i.e. 66 votes) is needed to pass the resolution in the Senate. Currently, there are 53 Republican Senators, 45 Democratic Senators, and two independent Senators. The math on this is easy: presuming that all 45 Democratic Senators vote to impeach, 21 votes in favor will need to come from the mix of Republican and independents. At the time of this writing, pundits say that Democrats don’t have enough votes in the Senate; but things can and do change quickly in Washington (just ask Rex Tillerson, John Kerry, John Bolton — the list is long).

Ultimately, if a resolution to impeach passes the House (likely) and the Senate (currently unlikely), then Donald Trump will be officially removed, and Vice President Mike Pence will be sworn into office. Pence will then nominate a new Vice President, who will be subject to a (probably lengthy and hostile) confirmation hearing in Congress.

Lastly, it’s worth noting that the U.S. has never impeached a sitting President. Three Presidents prior to Trump have been subject to an impeachment inquiry: Andrew Johnson, Bill Clinton, and Richard Nixon. For Johnson and Clinton, the matter passed the House but died in the Senate (and in Johnson’s case, by just one vote). Nixon resigned before a vote in the House could take place; one that most political historians say would have invariably passed in both the House and Senate, and therefore kicked him out of office.

Now, will all of this information quiet down the non-stop 24/7 noise of impeachment hearings and commentary? Of course not. But at least you now have the basic information you need on what impeachment means, which is no mean feat considering just how complex the entire process is. That is one of the best things about the internet.