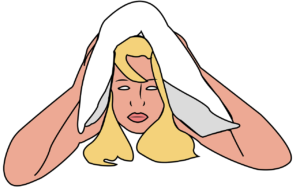 In August 2018, 3M Corporation signed a $ 9.1 million agreement with the U.S. government. On the allegations that he had deliberately sold defective equipment to the Department of Defense. The equipment in question was the version of earplugs of Combat Arms 2 or CAEv2.

A battlefield can have up to 130 decibels, much more than a rock concert. 3M supplied the US army UU. Thousands of earplugs intended to protect the hearing of veterans. However, many of those who served in Iraq and Afghanistan returned home with hearing loss and tinnitus, a related ringing in the ears. The army sued 3M for knowingly selling defective caps, so 3M has agreed to pay $ 9.1 million to the government to end this dispute between the two.

Between 2003 and 2015, 3M supplied Combat Arms, version 2, double-ended (CAEv2 ) earplugs to the United States military, which had a defective design that made them too short for proper insertion into the ear canal, by what they did not hold properly and end up falling. This resulted in US troops not being protected from dangerously loud sounds and having suffered hearing loss and tinnitus. Both conditions limit the quality of life and make it difficult to comply with labor obligations, as some of those affected have stated.

3M gun combat plugs became the new standard problem for US troops in 2009, with the promise that they would protect soldiers’ hearing as long as they were used properly. But countless members of the military personnel suffered hearing loss and tinnitus, such as Joseph Junk, who described the constant ringing in his ears as “torture,” in an interview with CBS.

Subsequent examination of the earplugs revealed that they were not sealed properly, which left the ears of users vulnerable to deafening sounds of the helicopter and artillery. 3M has agreed to pay $ 9.1 million to the Government to end this litigation between the two, in a lawsuit claiming that the company knowingly sold defective products to the Department of Defense.

However, the court did not rule that 3M was liable for damages suffered by people wearing earplugs, leaving soldiers who suffered hearing loss without compensation. Now, military personnel are filing lawsuits to try to recover funds to help them get treatment for tinnitus and hearing loss.

The tinnitus, a symptom of hearing loss, produces a ruthless, or sometimes whistling noise, roaring, clicking, ringing or buzzing. It is also the number one cause of disability among men and women in the US service. UU., Since it affects 2.7 million people who receive benefits from the US Department of Veterans Affairs. UU.

Tinnitus remains a rather mysterious symptom.

But from there it is not clear why we hear the sounds we make. Some research suggests that the brain cells responsible for interpreting sound waves increase their volume, as a way to compensate for the loss of sensitivity. Other research suggests that it is a kind of phantom sound phenomenon, in which the cause of that sound disappears, but the brain continues to experience it.

When it comes to veterans, especially those who have served in Iraq and Afghanistan, where unexpected explosions in the vicinity are not uncommon, the skull and brain are compressed by violent shock waves. This damages the areas of the brain that interpret the sound signals, resulting in the perception of endless noise.

Earplugs are designed to prevent the damage caused by tinnitus by sealing the ear canal to protect the eardrum and the inner ear behind it, where the most critical nerves for our ability to translate sound are located.

3M promised the military, which in turn promised the soldiers, that the caps for the combat arms with flanges would expand towards the ears, and that a kind of dial could be easily turned to completely close the wearable when the soldiers They were in the noisiest environments.

Earplugs should fit comfortably in the ear and prevent sound waves from reaching the eardrum and inner ear, but military personnel claim that the products did not reach them (archive)

But as combat veterans continued to return home with hearing loss, the army investigated the design of earplugs.

Whistleblower’s lawsuit, filed in 2016, alleges that the 3M company and its predecessor Aero Technologies Inc. were aware of the problem since 2000 and that instead of correcting the problem, the company falsified the certification and declared that its evidence complied with military standards

However, 3M continues to deny responsibility for the injuries suffered by thousands of soldiers, this compensation of 9 million dollars being a way to end the accusations that were told to sell knowing the defects. In fact, in January, he issued a statement stating that “security is a key component of what we do for the United States Army and 3M denies that earplugs could cause injuries.”

Thus, the court did not rule that 3M was responsible for the damages suffered by the military, leaving the soldiers who suffered hearing loss without compensation. Therefore, now, US veterans are suing the company individually for irreparable hearing loss.

The company was the exclusive manufacturer of earplugs in the following wars:

According to various information, non-US military personnel could have received and used these types of defective plugs in the context of different missions supported by NATO, among which are some of those mentioned.

The military won the lawsuit and 3M paid $ 9.1 million to the United States Department of Defense. But the case did not address the question of whether or not 3M was responsible for the injuries of individual soldiers.

As of January, the soldiers began to present a series of their own lawsuits against 3M. Nothing will cure soldiers’ tinnitus, but demands, at least, give men and women of service the opportunity to recover some funds to help pay for the treatment with antidepressants, known to help with tinnitus, and hearing aids.