At the end of a political drama that is not remembered in the history of the state, the 21st Knesset was dissolved Wednesday night a month after swearing in. Prime Minister Benjamin Netanyahu failed to form a government and new elections will be held on September 17, just six months after the previous elections and two weeks before the eve of Rosh Hashana. 74  lawmakers supported the bill to dissolve the Knesset against 45.

Netanyahu failed to muster a majority coalition by the midnight deadline, due to an impasse between the secular and ultra-Orthodox members over contentious draft law.

At the last minute, Netanyahu turned to the ultra-Orthodox parties and Yisrael Beiteinu Chairman Avigdor Liberman with a compromise proposal for the draft law, according to which the original law would be re-approved by the Knesset plenum, but would not guarantee it would pass into law. Shas and part of UTJ accepted the offer; Liberman rejected it. He insisted during coalition negotiations that the draft law pass unchanged; the ultra-Orthodox parties rejected this, and Netanyahu blamed Liberman for the deadlock.

Liberman said at the start of the Knesset vote that “the State of Israel is, unfortunately, going to elections because of Netanyahu’s refusal to accept the Yisrael Beiteinu proposal and vote on the draft law in the original format .

“We agreed that the ultra-Orthodox MKs would not participate in the vote, and all the compromise proposals were intended to attract time and dissolve the law. We are part of a right-wing government, but we will not be part of a halachic government,” Liberman said, adding that” the law is intended to prevent a general mobilization of Haredim because of the High Court of Justice decision, and we are in this situation not because of essence, principle or achievement. That’s what we’re going to vote for.”

Prime Minister Netanyahu answer to Liberman: “The public chose me, Lieberman, unfortunately, misled his voters, and he had no intention from the first moment to carry out what he said.”

Netanyahu also said that Liberman “is part of the left,” and promised a “sharp, clear election campaign in which we will win.”

In April’s election. Netanyahu’s Likud party won 35 seats, and his religious and nationalist allies won another 30, appearing to give him a solid majority in the 120-seat parliament.

But disagreements over proposed bills that would protect Netanyahu from prosecution and the draft law stymied his efforts to put together a majority coalition.

Rather than concede that task to one of his rivals, Netanyahu advanced a bill to dissolve the Knesset and send the country to the polls for a second time this year. 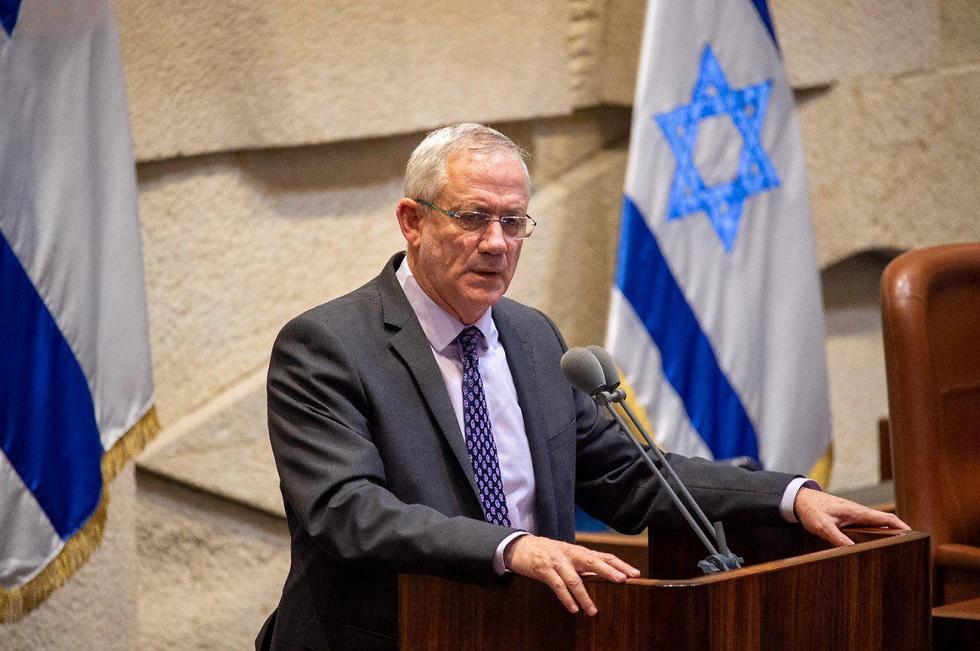 According to the law, the prime minister had until 11:59 pm Wednesday to notify the president regarding the formation of a coalition and if not, the task of forming a government could be given to another MK.

As of 10pm, MKs were ascending to the dais to present their assessment of the situation. The opposition intended to vote against the motion to disperse the Knesset but decided to withdraw their reservations and allow the vote to proceed immediately.

After the vote, Gantz – whose Blue and White party also won 35 seats in April – angrily accused Netanyahu of choosing self-preservation over allowing the country’s political process to run its course.

Gantz said that instead of following procedure, Netanyahu opted for “three crazy months” of a new campaign and millions of wasted dollars over new elections because he is “legally incapacitated” by looming indictments.

“There is no other reason,” Gantz said.

Earlier Wednesday evening, Likud said that Netanyahu tried offering Liberman and the ultra-Orthodox parties a compromise on the draft bill, which would have paved the way for the formation of a coalition and prevented repeat elections, but the offer was rejected by both parties.

The Prime Minister expects a hearing with the Attorney General on the decision to indict him for bribery, fraud, and breach of trust in three cases. The date of the hearing was set for the beginning of October, two weeks after the elections.

With the dissolution of the Knesset, the initiatives to change the immunity law and limit the power of the Supreme Court will also be frozen.