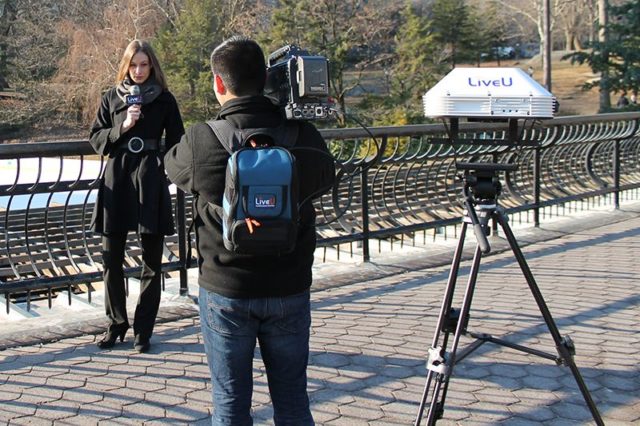 The Israeli live broadcast company LiveU sold for $200 million to the investment fund Francisco Partners and IGP Capital who later joined the deal.
The two funds bought more than 90% of the company, and the remainder 10% owns by the founders.

The company, which founded in 2006, raised $50 million to date from Viola Ventures, Pitango Lightspeed, and Canaan. The last round of $ 27 million took place in 2012. The company told Globes that in the past four years, the company has been profitable and is making tens of millions of dollars a year.

The company established by CEO Shmulik Wasserman, Avichai Cohen, who manages the branch in the US, and Roni Ohayon VP of technology.

The LiveU system device, embedded in a backpack, is connected to the camera and sends the video stream to the company’s cloud. From there, all videos route to their destination. The company’s technology was used, among other things, to broadcast news events around the world. Among them, the recent elections in Israel, the World Cup in Russia, the Eurovision Song Contest, and the Royal Wedding in England.

Among the company’s customers are leading broadcasters such as the BBC, Sky, and Fox. In the field of sports, the NFL.

The company has 230 employees in more than 20 countries around the world, of which 130 are in the development center in Israel.

According to Wasserman, the acquisition is intended to provide the company with financing for future growth, in light of technological developments in cellular networks such as the G-5 networks and new cloud technologies. “We did not look for a buyer, but given the opportunities outside, I thought it was a good time to take a private equity investor to help us leverage the company,” Wasserman told Globes.

According to him, LiveU is expanding into the worlds of sports, New Media and Automotive, including live broadcasts from moving vehicles. “In the world of autonomous vehicles, we will have to transfer photos to a control center, and we can transmit reliable and stable information as they need,” Wasserman told “Globes.”

Eran Gorev of Francisco partners will be the chairman of the company’s board of directors.