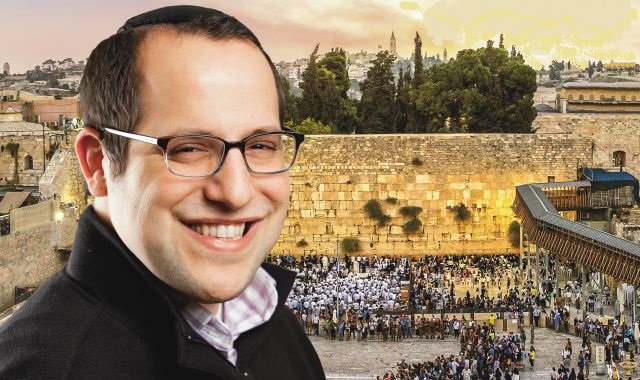 The New York-based performer is embarking on his first trip to Israel to entertain audiences during Passover this year. With his self-deprecating style, stemming from over a decade of Jewish education behind him, Lebowicz injects Jewish ideas and references into his material with ease. Here, he discusses his start in comedy, how he decides what material will attract and appeal to a wider audience, and what prompted him to take his act overseas at this time.
How’d you break into comedy, and why do you focus on Jewish topics and themes in your routine?
The first time I performed was as a student at Yeshiva University. Some friends were organizing a fundraiser for camp HASC (a special needs camp located in New York) and decided to have an amateur comedy contest. I did the show and didn’t do very well. But the next year they had it, I won the contest.
The first time I performed in a club was a little while later at Stand Up NY, and I was the last comedian to go up after several other Jewish comedians, so I knew from early on, comedy and Judaism go together well. I’d say much of my material delves heavily into very Jewish topics because with 16 years of Jewish education behind me, my Judaism is so much a part of me. Not talking about those subjects and experiences would feel like ignoring a huge part of my identity. The way many comedians gravitate toward material about the pains of traveling and dating, I naturally think of jokes about Jewish practices and ritual. Even on Rosh Hashana, it crops up. When I was at synagogue, the rabbi mentioned that although Rosh Hashana is two days, God only judges us on one of them. Just then, I thought to myself, “Yeah, because he first tackles people whose names start with ‘A-L’ and then does ‘M-Z’, but you don’t know which day he’s doing first.”
Some of your content deals with your experiences as an observant Modern Orthodox person. Is your intended audience exclusively other Modern Orthodox people, or does your comedy appeal to others as well?
While many of the audiences I perform for are Modern Orthodox because they have a similar background to me, you don’t have to be Modern Orthodox to connect with my material. I’ve performed for Chassidim in Boro Park (Brooklyn) and have done successful shows for Conservative and Reform audiences, as well.
I find that anyone that has even a little bit of a Jewish background can relate to my jokes. If you’ve ever encountered the challenges of being confronted by a loud Israeli lady scream at you in unintelligible Hebrew, which seems like a prerequisite for surviving a Jewish day school or a local kosher supermarket, then you can get it. It’s about finding relevant moments and feelings that all of us have experienced. Some topics are just so universally Jewish. We as a people may bicker a fair amount, but we can all agree that, when you’re in synagogue on Yom Kippur trying to get through the service, the greatest words any Jewish person can see are, “Most congregations omit this.” 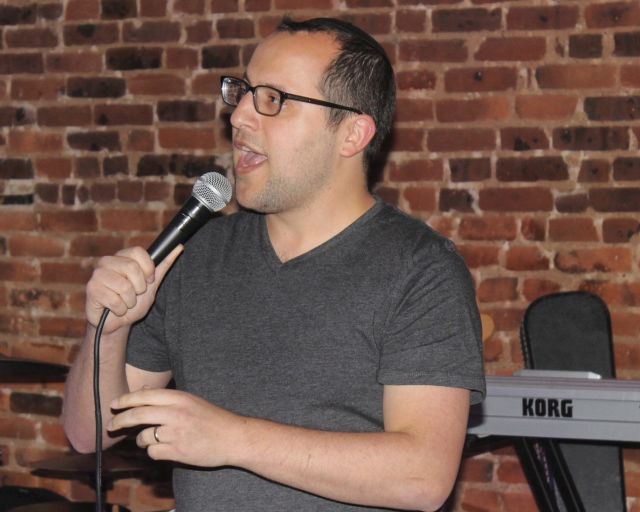 In addition to the inherently Jewish content in my set, I also speak about my married life and the ups and downs that come with raising a child. People told me I’d get so much material from being a father and I tell them, “why do you think I did it?” This material transcends any perceived religious divide. I particularly love when people who aren’t Jewish come up to me after a show and tell me how much they enjoyed it, and related to it. When something is funny, you can tell, even if you might miss a reference or two. Not every joke I tell will appeal to everyone in the audience, but I hope to offer enough variety of material that everyone can find a few things that speak directly to them.
Why’d you decided to do launch your first tour of Israel this coming Passover? Have you performed internationally before? How do your jokes transfer to other locations?
My wife and I plan to visit Passover to visit my in-laws, who moved there this past summer. Passover is very much designed to be a family holiday — which is probably why there are four cups of wine prescribed at the first meal. But once we were planning the trip, I realized it’s an opportunity also to increase my reach, professionally. I’ve been fortunate to build a pretty solid following on social media across the United States, by consistently posting jokes and original content on Facebook and Twitter. I decided to see if that momentum could carry over to Israel. I’ve primarily performed shows all over the United States. I expanded over the past year to include two visits to Toronto, and I’m in discussions now about coming to Montreal and Ottawa as well. I would love the chance to go to England and Australia sometime in the future. But it seemed like the right time to try my act out in Israel, home to all those loud Israeli women I recall from my childhood.
I know that not every joke works for every crowd because of cultural differences, but the overall style I lean on to deliver my comedy, through self-deprecating humor and laughing about what we all share in common, is an effective way to break through any divides.
Comedy is a notoriously tough industry to break into. What does this area of your career bring you, personally, that makes all of the hard work, long nights, and travel worth it?
Stand-up comedy came to me unexpectedly, but it’s also been very natural. I was always the person at Shabbat meals making jokes and entertaining the table. As much as it pains me to watch myself on video, I can actually see how far I’ve come over the years in my timing, stage presence, word selection, and my thinking through a joke. It’s an amazing feeling when you’re making a crowd laugh.
People have said that my silly jokes about Shabbat have brought them joy, and they have been able to find a comedian who looks and sounds and thinks like them. It’s definitely challenging to be traveling so much and being away from my family, and I really owe my wife for taking care of our son when I’m away and believing in me and my dreams. She also has to endure my same jokes at the Shabbat table week in and out.
For information about Eli’s upcoming visit to Israel, which is taking place on April 22-24, you can visit EliComedy.com.