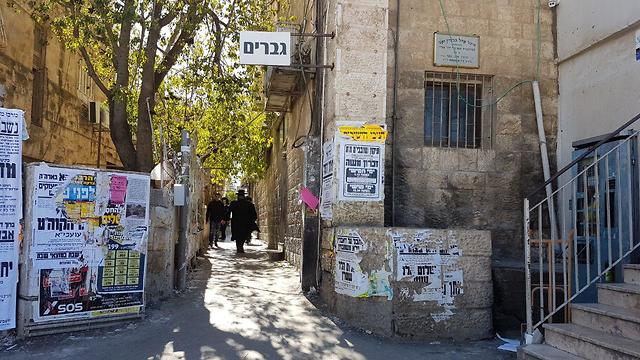 Several members of the ultra-Orthodox community daubed writing overnight Tuesday instructing women and men to walk on separate streets at the junction of Zefania Street and Ezra Street in Jerusalem. The graffiti, reading “Passage for women only,” and “Passage for men only” was scrawled on walls in the Kerem Avraham neighborhood.

The incident comes after members of the ultra-Orthodox community put up signs calling for segregation between men and women on Jerusalem’s central streets.

“The Jerusalem municipality better gets off its high horse, otherwise we will fight it until it is exhausted,” a radical ultra-Orthodox resident of the Kerem Avraham neighborhood told Ynet. “Segregation is imperative on these streets because a synagogue is located between Zefania and Ezra.”

The signs were hung near the Har Tzvi Yeshiva that is attended by members of the Perushim community, a radical stream in the ultra-Orthodox community. Most members maintain an ant-Zionist point of view, do not vote in general elections, and send their children to educational institutions that are not under the auspices of the Education Ministry. 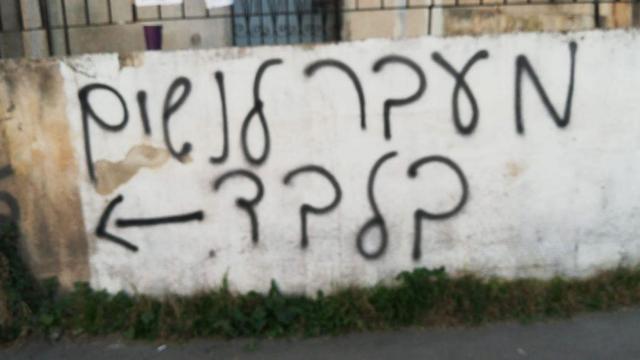 Meanwhile, Laura Werton, a member of the city council coalition from the left wing, secular Meretz Party, appealed to the municipality to sent inspectors to take down the signs.

“The matter is being dealt with in conjunction with the municipality’s adviser to advance women’s status in Jerusalem. We will not allow any violation of the law. Women have equal rights in this country, including in Jerusalem’s neighborhoods, and it is impossible to exclude them,” she said.

On Monday, the municipality dispatched an inspector who managed to remove only one out of the six signs calling for segregation between men and women in Jerusalem before a group of Haredim threatened to attack him, and chased him away.

“Get out of here. You should be ashamed of yourselves. At least take off your skullcap. You are not Jewish,” the Haredim shouted at him.

According to Resolution 1526, which was approved in 2014, “the phenomenon of excluding women from public areas is a grave one, and is based on gender discrimination. The government must act to eradicate it.

Clause A3 of the resolution states that “government ministries are responsible for taking concrete action against the exclusion of women by implementing the report formulated on the matter.” 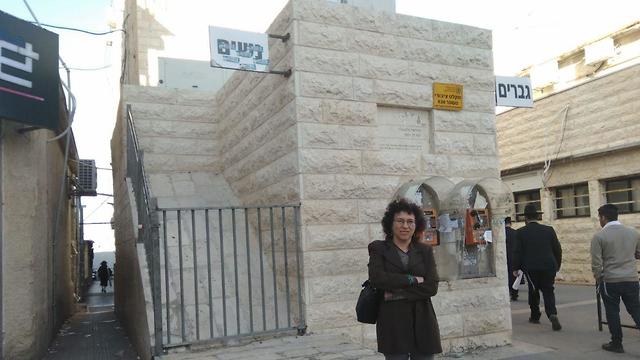 Einat Fischer Lalo, CEO of the Citizens’ Empowerment Center in Israel, said: “The Interior Ministry was ordered to issue two circulars – one instructing local authorities to ban signs that require modest attire or instruct women and men to walk on separate streets, while another to prohibit separate seating arrangements for women and men at ceremonies and state events.

“But the ministry did not implement that decision, and the circulars were not issued,” she said.

Israel Women’s Network compared the unlawful segregation to the fundamentalist regime in Iran and called on the authorities to put an end to it.

“This is a grave and outrageous incident in which radical elements are repeatedly trying to push women out of public domains, barring them from walking the streets as if we were living in Iran and not in Israel in 2019,” the network said.

“It appears there is a need to state the obvious—women and men cannot be forced to walk on separate streets due to absurd “modesty” demands, according to which women are turned into a public hazard,” it said. 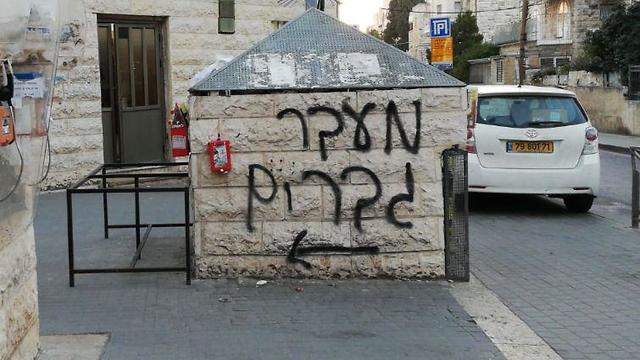 “After attempts were made to segregate men and women in the sukkahs erected throughout Jerusalem and when signs calling for women to dress modestly were put up in Beit Shemesh, the High Court of Justice explicitly declared this phenomenon illegal.

“Public areas belong to men as well as women, and each and every one of us is entitled to walk down the streets as they see fit. The Jerusalem Municipality must enforce this law,” the statement said.

In addition, Uri Kedar, Chairman of Israel Hofsheet (Be Free Israel), also demanded that the authorities in the city take action.

“The municipal freedom index published in October indicates that the Jerusalem Municipality does not have orderly procedures prohibiting gender segregation in public areas in the city.

“The 100-day grace period since Moshe Lion was appointed Jerusalem mayor has ended, and we demand that he comes to his senses and publicly announce his plan on how to fight this dreadful phenomenon,” he said

Advertisement. Scroll to continue reading.
In this article:Jerusalem, Finance