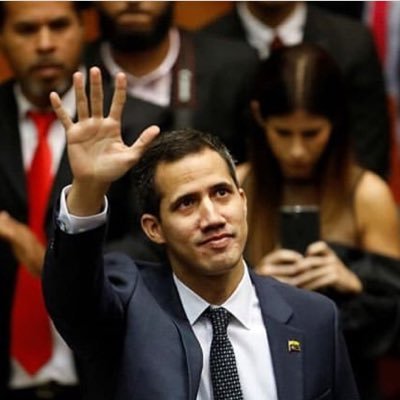 In the background of the coup attempt in Venezuela: Israel decided Sunday to recognize the opposition in Caracas following the American request. Israel hesitated on this issue and delayed the decision out of fear that recognition of Juan Guido’s opposition would harm the small Jewish community in the country.

In a video released, Prime Minister Benjamin Netanyahu said that “Israel is joining the United States, Canada, most Latin American countries and European countries, and today I announce that we recognize the new leadership in Venezuela.”

Last week, the State Department ordered diplomats and staff members not essential to the Venezuelan embassy to leave the country. According to the department, the directive was made for security reasons. The embassy in Caracas will remain open.

On Wednesday, the United States announced that it had decided to recognize the opposition leader Guido’s announcement that he was the interim president of the country instead of Nicholas Maduro, while Donald Trump said that if his column tried to hurt his opponents following the announcement, “all options are on the table.” In response to the US announcement, Russia’s Foreign Ministry warned the United States not to launch a military operation in Venezuela, saying that Caracas is a strategic partner of Moscow, a “partner in which we support.”

The Russian statement said that American military intervention in Venezuela would be a catastrophic scenario and that Russia would stand by Venezuela to protect its sovereignty and the principle of non-interference in its internal affairs. Moscow said the US behavior in Venezuela is further proof of its total disrespect for the norms and principles of international law and called on the opposition in Venezuela not to become a tool in someone else’s chess game. “The events in Venezuela are reaching a dangerous point,” the Moscow statement said, Destructive is unacceptable. ”

At the same time, Russian President Vladimir Putin spoke on the phone with Maduro and expressed his support for him. We “support Venezuelan law enforcement and peaceful dialogue in the country,” Putin said according to the Kremlin.

Since Guido’s announcement last week as the legitimate provisional president of the state, a number of countries, including the US, Canada, Brazil, and Colombia, has recognized him as well.

Dozens of people have been killed in the conflict since Guido’s recognized as the country’s legitimate provisional president. But Venezuelan military officials are conveying a different message, promising their unqualified support for the president of his country.