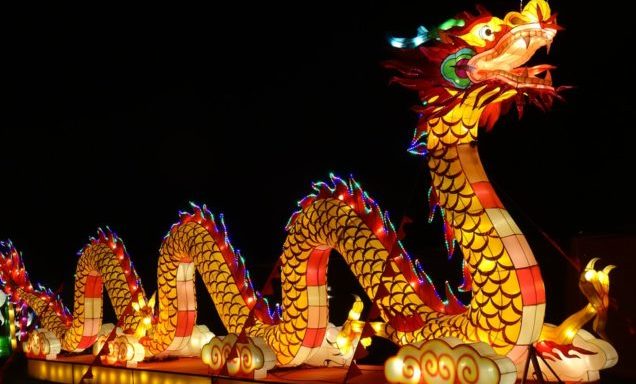 China aims to strengthen its position and its global role – China’s activities are directed by economic and commercial needs, and its leaders are educated to exploit weaknesses in markets and countries around the world in order to control them and tie them to China in a long-term manner. Using manipulations.

Rapid economic growth requires the Chinese to seek raw materials of all kinds in all corners of the globe. One of the guiding principles of the Chinese government in the process is to prevent dependency on countries from which it imports the raw materials. Therefore, the Chinese invest considerable resources in the establishment, development and acquisition of civilian infrastructure in African countries, while simultaneously taking control of infrastructure companies and organizations in various countries around the world. China gives these countries a “political umbrella” that supports commercial ties between the two countries and in fact ties them to it.

China has a long-term plan to achieve “global electronic control” under the “2050 Plan”, which will enable the ability to control and disrupt the information infrastructures of China’s enemies. Senior US officials, including National Intelligence Chief Dan Coates, said last year that China is focusing on cyber attacks against US federal officials and that its activities are no less dangerous than Russia’s. “China plans and acts for the day after tomorrow, while other countries such as Russia are working Today and think at most about tomorrow. ”

The use of Chinese-made communication and computer equipment generates many potential threats, mainly for the placement of a “back door” that will allow remote access, control and more. The fact that 90% of the world’s PCs are manufactured in China, combined with the potential spyware component of some of the equipment itself, raises a real difficulty in locating it and as a result, China has extensive possibilities for espionage.

From the way the Chinese defense/intelligence establishment operates and the dependence of the large Chinese companies on their relations with the government, it can be concluded that the integration of these companies into vital infrastructures in Israel constitutes a threat that is mainly the provision of access and damage to these systems and the use of them as a platform for future operational attacks, Activity in Israel.

Since some of the security establishment’s operations are carried out by private companies that develop classified systems, it is possible to direct the espionage operations to the employees of the company that manufactures the system. In recent years, there has been a trend encouraging measures to prevent Chinese espionage in Israel. For example, the Shin Bet prevented a large Chinese phone company from participating in a tender to supply infrastructure for communications systems in Israel.

The impression is that the Israeli government is active and active, especially the prime minister and the ministers of economy, with an emphasis on the transportation minister, to provide a “tailwind” for the entry of Chinese corporations to operate with Israeli infrastructure, and Chinese companies take part in many infrastructure projects in Israel, (The red line), the Carmel Tunnels, etc. In fact, there is a takeover by the Chinese government of significant assets in the State of Israel, and only last month the Cabinet held a discussion on foreign ownership of resources in Israel, mainly in light of American pressure.

The leadership of the country should be prepared and prepared for the possibility of a Chinese request for the exploitation of the long-term concession to operate the port in Haifa in order to create another Chinese logistics base in the Mediterranean, which will be the Chinese answer to Russian activity and US activity in the region. , The contracts are long-term, with the intention of making them permanent forever.

The Chinese government’s activities have long been strategically oriented and require a strategic approach that will place different emphasis on issues such as infrastructure and technology costs, corporate costs and cooperation, as opposed to the long-term damage that these factors may have under Chinese control.

Dr. Harel Menashri, Head of Cyberspace at the Holon Institute of Technology

In this article:Finance, American Trade Wars