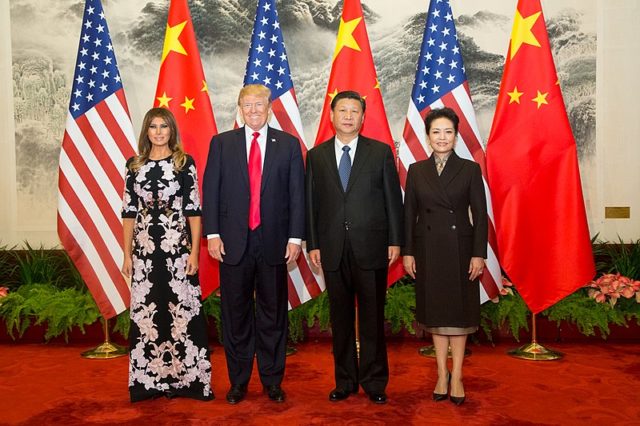 A trade war between China and the US, the arrest in Canada of Meng Wanzhou, Huawei’s CFO, and China’s quiet but powerful retaliation against various Chinese- American citizens has brought new cracks into the intricate power balance between the two world powers.

On the one hand, Beijing needs to appease national uproar in the face of what many leading national voices see as a belligerent American foreign policy, and on the other hand, it has to preserve a diplomatic relationship with the Trump administration, avoiding further raises in tariffs.

Nationally, many were outraged by the detention of Meng Wanzhou in Canada on an American warrant, interpreting the arrest as a tactic employed by the Trump administration in its trade war against Beijing or as a desperate try to restrain China’s economic rise.

Ms. Meng faces fraud charges being accused of directly participating in a conspiracy “to trick U.S. banks into violating sanctions currently in place against Iran”.

Under the exit bans U.S. citizens can be kept in “China for years” or until they agree “to participate in Chinese government investigations”, or “to aid Chinese authorities in resolving civil disputes in favor of Chinese parties”. Furthermore, exit bans were used “to lure individuals back to China from abroad”.

The Department of State says that “U.S. citizens under exit bans have been harassed and threatened” or “detained without access to U.S. consular services or information about their alleged crime”.

According to Amy Celico of business advisory firm Albright Stonebridge Group, Canadian andAmerican executives are alarmed by the recent arrests of former Canadian diplomat Michael Koyrig, businessman Michael Spayor, and the detention of the Liu couple and Sandra Han.

As problems escalate and the US- China relation is deteriorating, it’s safe to say that retaliation instead of cooperation might bring a serious decrease in tourism and business traveling to China. In consonance with state-controlled Global Times Chinese tourists are also disinclined to travel to the US, thus in the long- run both countries might suffer due to these new tourism trends.

In this article:Finance, American Trade Wars