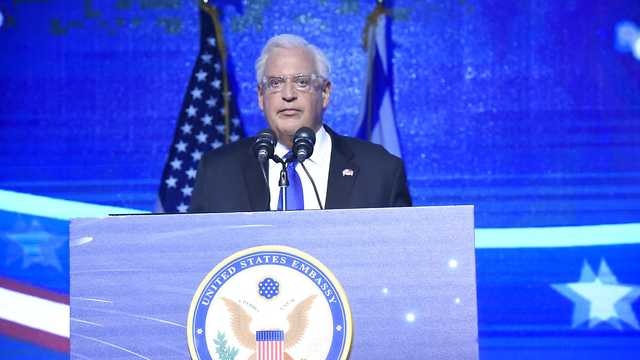 The Trump administration’s peace plan will probably wait for the next government and not be published before the April elections, the US ambassador to Israel David Friedman made it clear Sunday.

The remarks were made at a press conference held by Ambassador Friedman alongside US National Security Advisor John Bolton, who is currently in Israel.

At the press conference, Bolton made it clear that US President Donald Trump’s position was that an American withdrawal from northeast Syria would happen – as Trump promised last month – but only after a victory over the remaining ISIS and subject to guarantees with the Turks to protect the Kurds. “The timetable will be the result of the policy decisions that we have to implement,” he said.

Bolton said he did not want Turkey to launch a military operation unless it was coordinated with the United States. He said that during his trip to the Middle East, he would discuss withdrawal from Syria with Israel and Turkey.

Bolton’s remarks constitute the first official confirmation of a slowdown in the US withdrawal from Syria, in light of Trump’s harsh criticism of the move, including the resignation of Secretary of Defense Jim Matisse. Bolton, who will arrive in Turkey tomorrow, added that the United States insists that its Kurdish allies be protected from any possible Turkish attack.

His visit to Ankara will serve as a warning to Recep Tayyip Erdogan: “We do not think that the Turks should carry out a military operation that is not fully coordinated with and agreed upon by the United States. Trump declared that he would not allow the Turks to kill the Kurds, those who fought with us. ”

He said that the United States had asked the Kurds to wait and not rush to ask for protection from the Russians or from Bashar Assad’s Syria, adding that Joint Chiefs of Staff Joseph Danford would continue talks with his Turkish counterparts this week to secure protection for the Kurds.