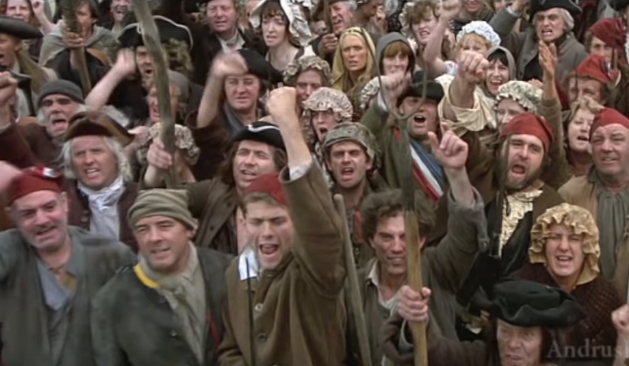 Thank goodness that Trump is now over 70 and overweight, but who knows if there will be a “Monica” in his final story. Bobby Kennedy is a name to remember in history. What about Ellen Rometsch? Bobby knew the dangers of having Rometsch around (in Washington, D.C.) and took action to hush up the Kennedy-Rometsch affair. And two months later, thinking everything was fine, the New York Times asked “Baker Inquiry Is Asked If German Woman’s Ouster by U.S. Involved Security.”

There was no election going on, but there was speculation that Kennedy would run again. Trump has had the Stormy Daniels Affair to deal with and all the lies. John had Bobby and Donald had Michael Cohen.

Then we turn to the Russians involving Trump, his children, and his staff. Enough has been said about that.

Kennedy and his family surely had to be concerned. There was a rumored affair between Jackie Kennedy’s sister and a Greek, a Greek that had a “troubled relationship with the U.S. government.” The Greek might have been found guilty of violating Maritime Commission regulations, but he paid a fine. John did not want Jackie to go near the man on a trip to Greece. Interesting? The Greek was Aristotle Onassis who later married Jackie Kennedy.

Kennedy operated under great pressure in other ways. He feared a coup by our military. The military wanted to take out the Soviet Union. And today we learn that our military apologized for a “joke” about dropping “catastrophic bombs.” But we also know that there are generals who have launched great criticism of Trump and at that time the military was critical of Kennedy for appearing to be soft, the opposite of Trump in the White House. It also leads us to ask who took out Kennedy in Dallas.

The Cold War climate that produced the Bay of Pigs Invasion and threat of nuclear war created much more fear than exists today. But Trump himself is stoking the fears of impeachment and civil war, almost directing his base to turn to or think about committing violence if things happen to him.
Then there is the comparison to Nixon and what the White House has branded (almost everything including the truth) as “fake news.”

I wonder if we are done comparing Trumpf to Hitler and Mussolini. There are people who think that is unfair to do, but a careful presentation proves otherwise. The two do not have to be exactly the same and we know about Trump’s so called “peace” move concerning the U.S. Embassy in Israel.
Trump is being Trump and even though he retreated on Syria and slowed things down days later, we all see that the Taliban are moving closer to Iran which proves his initial “hunch” was wrong.

People who support Trump will slowly recognize that we didn’t win as he promoted it. He says we won. Another picture is that if we won, the troops should be coming home now so that no new American lives are lost. This is not comedy. We won yesterday, but not today? Not one more American should be killed now.

Now we can compare Trump with great history, which Trump is always talking about in relation to his accomplishments. We could look at climate and adapting to climate and see Trump. Neanderthal man has been replaced by Neo-Neanderthal.

Today Trump is surrounded by people of faith, which has happened in the past. Even as Trump signs executive orders and gives us new laws to obey. Unfortunately, there is no proof that Jesus favors America and don’t even think about Jesus and Trump.

Today Trump is surrounded by people of faith, which has happened in the past. Even as Trump signs executive orders and gives us new laws to obey. Unfortunately, there is no proof that Jesus favors America and don’t even think about Jesus and Trump.

And there have been others who have pushed themselves into the center of power. Remember Trump at a world conference pushing someone out of the way. There you see another example of Trump with Trump getting into the picture.

Then there is a man using his power when he shouldn’t be using it. There has been Trump in others throughout history. And claims that Putin controls Trump and he has something behind Trump’s back.

There is the “groping” issue where it is good to be the Trump in any era. The “droits de seigneur” fits well into the Trump Corporation, the Miss Universe Contest, or anywhere that Trump happened to be. Thank goodness that Trump is now over 70 and overweight, but who knows if there will be a “Monica” in his final story. That “Monica” will be someone’s daughter, if, and it could be a former White House staffer (a la Lewinsky).

Breaking news is not what Trump was telling the country about shooting at rock throwers when and if members of the caravan did that. But here we see American border personnel firing tear gas at the immigrants who were not throwing rocks. They missed their targets? Proper or improper training? Were Trump’s words a promise?

I can assure you that people were killed after the Americans won the War of 1812, but that happened because there were lots of people that could not be informed that the war was over. But Trump won!

It’s Good To Be The King. Presidential, Trump is not!