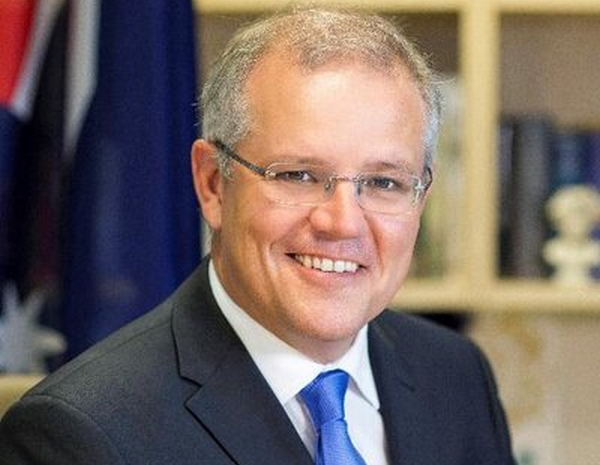 Australian Prime Minister Scott Morrison has reached a decision, which is a compromise: his government will recognize Jerusalem as Israel’s capital, but only West Jerusalem, which is within the boundaries of the Green Line. While Australia said it would only be willing to move its embassy from Tel Aviv to Jerusalem after Israel and the Palestinians sign a peace agreement, it will open a commercial and military branch in the capital. Furthermore, Canberra also announced it will begin looking into possible locations for the embassy in Jerusalem.

The Israeli government wasn’t happy with this announcement. It expected a recognition of a united Jerusalem—including both West Jerusalem and East Jerusalem—as the Jewish state’s capital, with the Australian embassy immediately moved.

The Palestinians weren’t happy either. The head of the Palestine Liberation Organization’s (PLO) Executive Committee, Saeb Erekat, who is in charge of the non-existent negotiations with Israel, called on Arab and Muslim countries to freeze their relations with Australia.

There was something heartwarming in Israel and the PA’s shared disapproval of Australia’s announcement—the Israeli government and the PA leadership have finally found something they agree on.

Morrison is an unusual politician in the Australian scene—he is an evangelical Christian, a vitriolic right-wing populist and a follower of US President Donald Trump. All of this was supposed to make him an enthusiastic supporter of the Israeli government. But when he announced two months ago that he was planning on moving the Australian Embassy to Jerusalem, his motives were neither religious nor political.

Midterm elections were held in southwest Australia’s Wentworth County in October, and 12.5 percent of the voters were Jewish. Dave Sharma, the former Australian ambassador to Israel, was the candidate from Morrison’s Liberal Party. The Australian prime minister sought to gain the Jewish votes, thinking the promise to move the embassy to Jerusalem was the way to do it.

He was wrong. Sharma lost the midterm elections, which I lamented. I knew him when he served as an ambassador in Israel. He impressed me with his youthful enthusiasm and his genuine sympathy to Israel.

Morrison’s declaration that he would move the embassy to Jerusalem has been haunting him ever since. The Australian Security Intelligence Organization (ASIO) said such a decision would have ramifications. Indonesia’s government, which is supposed to sign a free trade agreement with Australia, feared backlash on Jakarta’s streets.

Australia’s sheep breeders were afraid that Saudi Arabia, a major sheep importer, will seek other importers. Former Australian prime minister Kevin Rudd claimed that during Prime Minister Benjamin Netanyahu’s tenure, the Israeli Mossad had used fake Australian passports to carry out the assassination of a senior Hamas official in Dubai in 2010. Netanyahu should not be rewarded, Rudd said.

There are decisions that are hated by everyone. Nevertheless, they deserve a second chance. World nations should have recognized Jerusalem as Israel’s capital prior to the 1967 Six-Day War. But they didn’t because of mental stagnation, pressure from countries hostile to the Jewish state, and because Israel had other, more urgent matters on its agenda.

After East Jerusalem was captured and the Israeli capital’s borders were expanded, everything froze. Jerusalem’s future became a hot topic with far-reaching ramifications, the brick wall that all negotiations hit. Israel was left without an internationally recognized capital. Israeli leaders tend to describe Jerusalem as the Jewish nation’s eternal capital, but they have been failing in convincing other nations to move their embassies to this capital.

Trump’s decision to move the US Embassy to Jerusalem did not fundamentally change the situation. Every government in the world knew what Trump got during the 2016 elections, and what he had to give in return. According to the Daily Beast, a reliable news website, special counsel Robert Mueller’s team of investigators is examining the connection between the money Trump received and the interests of Middle Eastern countries, among them Saudi Arabia and Israel.

The Australian compromise suggests a reasonable alternative. Its starting point is simple: in practice, Israel, the PA and the international community agree that West Jerusalem is part of the State of Israel. The dispute is about East Jerusalem, with the Old City and its surroundings—the Holy Basin—at the center of it. They all also agree that the way to settle the dispute is through negotiations.

And then the Israeli government will be able to start treating Jerusalem as its capital by transferring government offices there from the Shfela region; improving the infrastructure and the education system in the Arab sector; working to attract young people to the city; supporting high education and cultural institutions, primarily the Hebrew University of Jerusalem and the Bezalel Academy of Arts and Design; and bolstering Jerusalem’s middle class.

Jerusalem is the poorest city in Israel. I don’t know any other capital in the world that boasts that title.