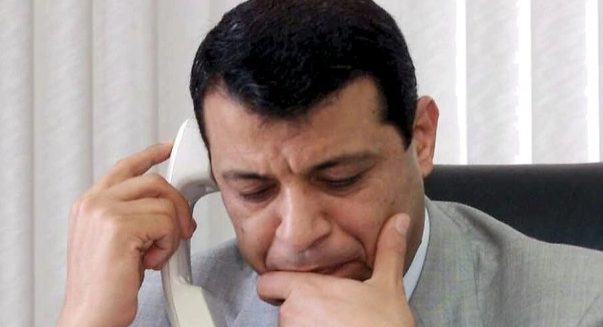 Mohammed Dahlan, considered one of the candidates to succeed the Palestinian Authority Chairman, Mahmoud Abbas, no longer believes in the two-state solution. He proposes the establishment of one joint state for Israelis and Palestinians—The Greater Israel—with Jerusalem, its capital, “belonging to both nations.”

“Our bigger dream is, of course, an Independent Palestinian State in the West Bank and Gaza,” he explained in an interview for the Russia Today TV channel. “But the United States will never agree to it, and Israel is opposed as well. Instead of nurturing illusions that will never be fulfilled, we should start internalizing the notion of one state for two nations, and demand full rights for the Palestinians.”

“The ‘deal of the century’ that the Americans speak of as a solution to the Palestinian problem is a total disaster,” he said. “And I do not see the two-state solution happening as well. That is why I come with a new proposal: to establish one state, where Palestinians can run their lives without being dependent on Israel.”

Dahlan, 60, born in Khan Yunis refugee camp in Gaza, rose to fame in the first intifada, and became the leader of the Fatah Youth in the Gaza Strip.

Following the Oslo Accords, he was nominated as head of the Palestinian Preventive Security Force in Gaza, and was considered to have strong ties to members of the Israeli security forces.

Because of his activities and prominent image, Dahlan served time in Israeli prisons 11 times. While in prison, he learned to speak fluent Hebrew and completed an academic degree in Business Administration. In 2011 he left the territories following a public feud with Abbas, which was full of scathing mutual accusations.

Dahlan refrained from speaking about the Emirate of Abu Dhabi, his residence in the last few years, as well as about his post as confidential advisor to the ruler, Muḥammad ibn Zayd. But he did stress repeatedly: “I will always belong to Fatah. You cannot take Fatah away from me.”

He did not, however, refrain from strongly criticizing Abbas. “(Yasser) Arafat’s death marked the end of the era of great leaders in the Palestinian Authority,” he said. “Abbas is nothing but a manager of a civilian authority in Ramallah. Nothing more. I suggest he pays a visit to the Gaza Strip, to pacify and encourage the people there, because the Gaza citizens are paying a very heavy price.”

The interviewer, Sallam Mussafer, described Dahlan as the most prominent candidate to succeed Abbas, next to Jibril Rajoub. In the meantime, Dahlan has the support of Egypt, Saudi Arabia and the United Arab Emirates, and when Abbas is gone, he may return to the territories, where he has quite a number of supporters, maintain a low profile and wait to take over the leadership.