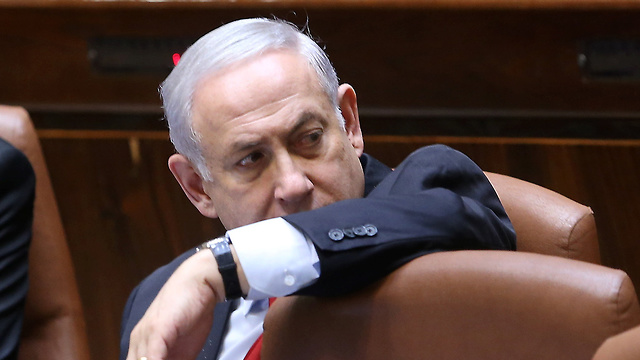 Riddle me this: who is the prime minister, the foreign affairs minister, the defense minister, the health minister, and the immigrant absorption minister, all at the same time? You’ve guessed it. During this Knesset’s session, Benjamin Netanyahu was also the communications, regional cooperation, and economy minister.

And Netanyahu has a lot more on his plate. The prime minister, let’s not forget, also has several pending criminal cases, which don’t seem to bother him, and surprisingly, nobody else as well.

Between the outcries sparked by another nonsense uttered by the prime minister’s son, Yair Netanyahu (another not-simple-to-handle case), and cries of praise coming from the right wing, nobody wonders how the man has the time for all his commitments.

Netanyahu’s time is valuable, like a mother’s heart, which expands and expands to contain more children. And nobody seems to wonder about the impact Netanyahu’s multiple portfolios—the mystic-political time division in the executive branch occurring before our very eyes—have on law and administration in Israel. How much power is it reasonable to bestow upon one person?

The answer lies in the fact that in the Jewish-Democratic country, the power is in the hands—completely legally—of our dear leader. Above all, the ministers are not independent entities with free will and responsibilities. They are extras on a show that has only one rising star. In practice, Netanyahu holds all the portfolios in his government. The ministers, some more and some less, are responsible for the tedious maintenance work, while the prime minister makes all the decisions and receives all the credit.

They feed off of the little crumbs of power falling off Netanyahu’s desk, being careful not to irritate, not to criticize, chanting his praises and secretly swallowing their insults. They don’t have their own power. If Netanyahu goes down, they will go down with him. If he only wants to, he can stand in front of the camera, accusing them of being “The Left! The Left!”

And they will crawl back into their holes in shame, weeping their apologies, explaining that their remarks were taken out of context. They were misunderstood, they will say with tears in their eyes. They only wanted something, only asked—something happened! they would cry out. They understand that they made a mistake, they know about “the Left,” but had forgotten for a moment. But now they are themselves again. Forgive them. 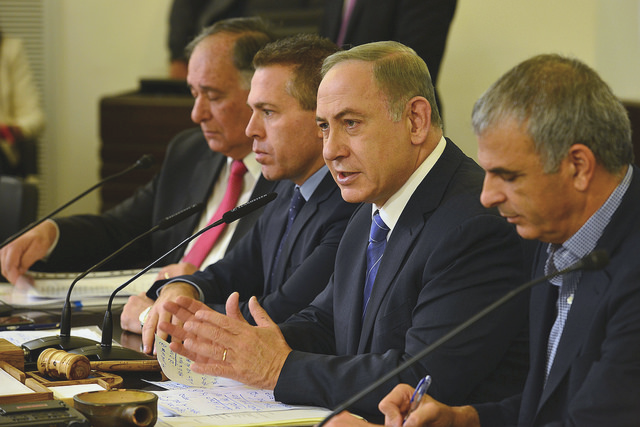 Ben Gurion led huge coalitions (if you add the Arab bloc satellite parties to Mapai, then Ben Gurion had almost half the Knesset under his direct control), while Netanyahu’s Likud only has 30 seats—a quarter of the Knesset. In a country where the prime minister is completely dependent on his coalition partners, this phenomenon belies any political explanation. It can only be explained in mental health terms.

The opposition’s collapse (to which former prime minister Ehud Barak, who has somehow become our great hope again, contributed a lot) created a situation in which it is Netanyahu and Netanyahu alone.

If the choice is between Netanyahu and nothing else, even those who don’t want him, will not fight him. Netanyahu is no good in their eyes, but he is better than nothing. The fight against him became apolitical, moral, almost academic, an expression of a righteous desire. However, when no alternative exists (not only in the eyes of his proponents but also in the eyes of his detractors), Netanyahu remains the default.

Netanyahu’s “policy” is to buy time, this is it. His domestic policy is to crush any possibility of an open and rational discourse, for the distribution of responsibility, for a functional and not corrupt administration, for social solidarity between Jews and Arabs. A rigouts, self-victimizing cliché—long live the king!