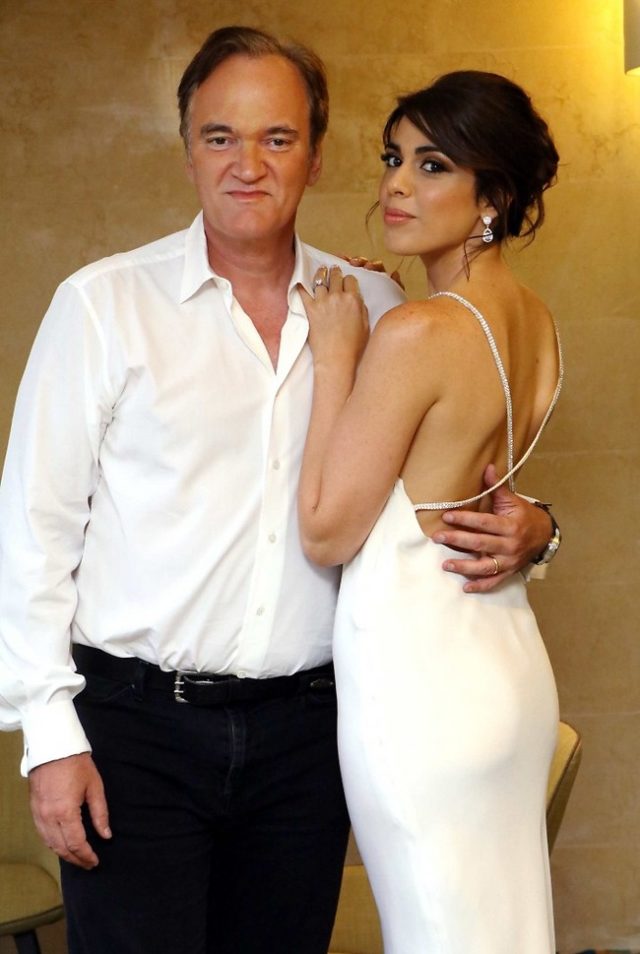 Film director Quentin Tarantino, 55, and Israeli singer Daniella Pick, 35, has tied the knot on Wednesday evening in a private ceremony in Los Angeles.

Pick looked like a fairy princess in Tiara with diamonds. A flattering dress by Israeli designer Dana Harel, and silver sandals. The two were filmed against a wall of white flowers, and these are exactly the materials from which romantic love films are especially wreathed.

Tarantino and Pick will celebrate the wedding at another event scheduled to take place tonight.

The couple looked happy and in love and those who did not attend, as already reported, are Zvika Pick, the father of the bride, who in light of his health was forced to miss his daughter’s event. This fact certainly makes the wedding sweet-sour, but Pick will probably attend the wedding event that will take place in Israel.

The two met in the premiere of Tarantino’s “Inglourious Basterds” in Israel, in 2009. They got engaged in 2017 after having a transatlantic relationship with quite a few dramas.

The couple’s engagement party with the participant of large Hollywood stars. Pick shared a photo of herself in a white dress, posing with her hands on Tarantino’s shoulder. She wrote “We’re so excited and happy to celebrate our engagement here in Israel. Thanks for your kind wishes. We feel truly blessed.”

When he was asked, Tarantino explained that he had never married until now because of lack of time. He was entirely immersed in his career. Pick arrived at him just in time, when he was already ripe for a meaningful relationship. Tarantino and Pick already bought an apartment in Tel Aviv.

In this article:Finance, Marriage, Quentin Tarantino