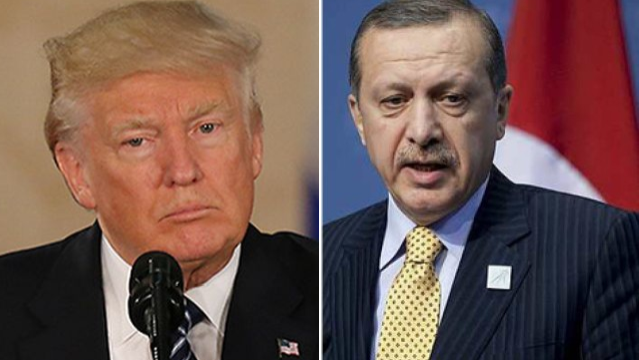 The Vietnam War was a failure and now we see more clearly various aspects of this administration in Washington, D.C. But here is information about Vietnam first.

The level of lying to the American people was enormous. In my readings over hundreds of pages, we find out that Lyndon B. Johnson called President Diem “the Churchill of the decade” and he knew better than that. Eisenhower called Diem “our miracle man of Asia.” Just about any report of Diem was that he was weak, had no real contact with the people, kept his family around him to rule, and did not fight much against the Communists, creating more hate and divisions in the south of Vietnam until he was ruthlessly overthrown.

The people surrounding President Johnson were just supporting the lies (with a couple of exceptions) and reporting to the people that things were going well and it would be a short time only for the Vietcong to be eliminated. All plans put in place kept failing, plans to support Diem and finally Johnson turned to Americanization of the war, but doing it quietly to keep the American public calm.

Johnson talked on the phone just about every day with a man who had great influence on him. That man was Abe Fortas, a liberal and Jew who maintained the outlook of those liberals of the 1940s who were against appeasement. It was taking conservatives their dear old time to catch up to liberals as conservatives were largely isolationists. Abe Fortas was at the meetings (cabinet, national, security council, etc.), but Johnson trusted him and shared information. The Abe Fortas today has been revealed as Sean Hannity of Fox News. Should we pardon the Fox and the Turkey?

President Johnson at the end of my last reading announced to the American people that “I have asked the commanding general, General Westmoreland, what more he needs to meet the mounting aggression. He has told me. And we will meet his needs. We cannot be defeated by force of arms. We will stand in Vietnam.” Johnson was deceiving Americans, because he knew long before that what he was going to do as he dragged Americans in deeper and deeper.

The best part of the war, after reading and seeing hundreds of photos was Bob Hope and Jill St. John entertaining the troops. Donald “No Hope” Trump has still not visited the troops in Afghanistan and the New York Post reported days ago that Trump is thinking about making peace with the Taliban. The Communists continued the struggle after the Americans retreated from Vietnam and I would conclude that the Taliban know what they try to accomplish if Trump takes Americans away from that war.

The economic situation is becoming clearer to us. The Goldman Sachs appointees of Trump have to now deal with the economic report of Goldman Sachs and the outlook is there will be slowdown in 2019. In other words the Trump economy will suffocate. And there are lots of economists who do not give Trump credit for those “amazing” numbers. When you read that skilled workers have been given nine percent raises that are fantastic because there is a shortage of good workers, that has nothing to do with Trump. That is the free market economy producing good for some people.

The economy appears strong for now, but erosion may take place and turn the roaring economy into less than 2 percent growth by election time in 2020. Here is the article and video to watch about the Goldman Sachs predictions that tell us that housing may have a crisis growing and the China trade war is affecting us now and will continue to affect the market adversely. Gains made in 2018 have almost been wiped out right now, but the market could rebound.

There are lots of things to look at and there are no calls by Trump to “lock her up” as we have learned that Ivanka Trump has been using her private email server to discuss government business. An investigation will surely follow, but credibility is not assured by this leak of information.

Then Trump keeps telling us about our great ally Saudi Arabia. What happened to England, France, Germany (before the fall of the Iron Curtain it was West Germany), and other countries? Trump’s poor handling of the assassination of Jamal Khashoggi and his passion for increasing the arms race and bringing jobs to Americans through arms deals is not what our nation needs, especially since Saudi Arabia is still untested and it is controlled by a ruler who make take his vengeance out on anyone now.
In the news right now is the opening up of Saudi Arabia American evangelicals. Certainly those ambassadors of Donald Trump are going to show their loyalty by telling people in their communities just how great their reception was by the Saudi Prince. Would I go to Saudi Arabia? No way.

Here is the most recent article about Saudi Arabia to read. I am not saying that Saudi Arabia is lying as it makes tiny changes, but I prefer not to trust it. I can just imagine all hell breaking loose if Trump made a deal with Saudi Arabia to allow a million Jews and a million Christians to live and work there.

This is Lyndon Johnson again in the White House (different party), different background (poverty for Johnson, wealth for Trump), different state (Texan mentality contributed to Johnson’s bias against people from the East, and Trump’s New York values are no values at all), both were huge liars and lacked honesty as proven over and over. The conclusion is that we are in big trouble.

Breaking news. Trump just turned in his senior test paper and the White House reports that has complied with the Mueller investigation to the fullest. I have not seen the questions nor have I read the answers, but anyone who has really watched Trump for the last two years or more knows about the lies, false information, and misinterpretations, thousands of them. His paper will not be rated A+ and I suspect that he will be subpoenaed or something like that or worse.

And with all the talk about the Mueller investigation taking too long, what great ideas will the Trump team share with us about the opioid epidemic that his commission has taken too long to meet and assess things? What gains have we made in our neighborhood schools under Secretary Betsy DeVos or is she just an administration secretary taking notes? Our educational system was criticized by Trump, but where has he taken us? There still is no health plan to replace Obama Care which was not repealed and people are suffering. And why has he not told us that the War in Afghanistan is a failure?

Enjoy Thanksgiving with or without that turkey. And a bit more. Have you tried a bottle of Golden Shower Russian dressing with Mueller egg noodles?