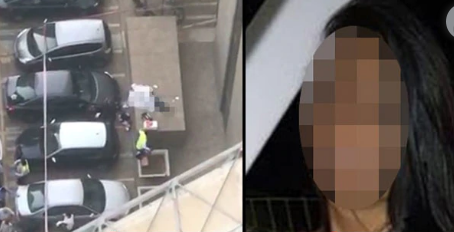 A woman who had been questioned under caution about her part in the alleged smuggling diamond case was found dead after falling from her office window on the ninth floor of the Israeli Diamond Exchange building in Ramat Gan.

Earlier this month several employees of the company arrested including Leviev’s son, Zvulun Leviev, LLD CEO Reuven Shmuelov. They have been under investigation for allegedly operating a diamond smuggling network between the years 2010 and 2018. The case called “Black Diamond” smuggled diamonds worth approximately $80.5 million (NIS 300 million) between Israel and Russia.

The company points an accusing finger at the police and has asked Attorney General Avichai Mandelblit to examine a conduct of the investigation unit.

LLD said in a statement that the company is shocked and saddened by the death of the employee. LLD said it would assist in the investigation.

“The circumstances of her death raise the concern that the worker took her life out of severe emotional distress due to an aggressive and disproportionate investigation that she had been in the past few days at the offices of the International Criminal Court,” the company wrote in a letter to the legal adviser. “This incident, against the background of the matter that will be brought forth immediately, requires an independent and urgent examination by the Attorney General’s office”.

The letter states that the worker was concerned about the delay in the monthly payment. Her summoned for questioning at Lahav 433 offices, during which she was warned on suspicion of committing felony offenses, led to a significant delay in the payment of workers’ salaries, the worker was expressed with great concern about her financial situation due to nonpayment of wages.

A statement by Israel police said that it regrets the tragic turn of events. The police did not provide details into the investigation.