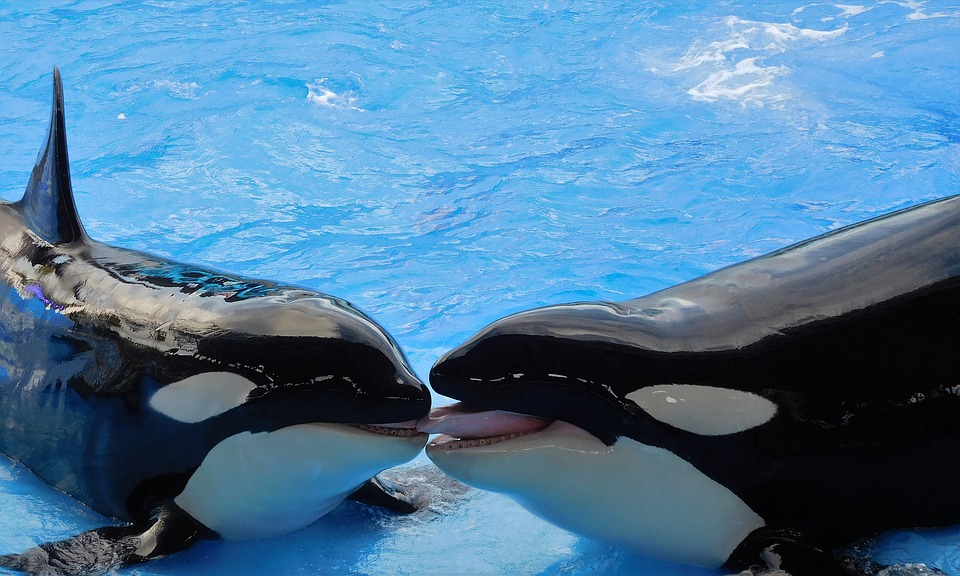 killer whales, chimpanzees, and humans display similar personality traits such as playfulness, cheerfulness, and affection, researchers in Spain revealed. in the first study on killer whales and how they relate to us.

The researchers examined the personality traits of 24 captive Orcinus orcas (killer whales) at SeaWorld in the US and the zoo in Tenerife, Spain. Six of the killer whales were caught in the wild while the remainder were born in captivity.

The new study analyzed trainers surveys ranking each animal on a list of 38 personality traits, including playfulness, independence, stubbornness, bravery, sensitivity, and protectiveness.

In comparison with previous studies of the same personality traits for chimpanzees, humans and other primates they found how identical killer whales relate to other animals.

Lead researcher Yulán Úbeda, at the University of Girona in Spain said. “These similar personality traits may have developed because they were necessary to form complex social interactions in tightly knit groups that we see in killer whales, humans and other primates.”

In addition, killer whales and chimpanzees shared a combination of personality traits for constant, stubborn and protective. They also shared patient, peaceable and not bullying, along with some personality traits relating to dominance.

Killer whales can live into their 90s in tightly knit pods that hunt together and share their food, displaying advanced communication skills and cooperation. Those traits received international news coverage when a 20-year-old killer whale, known as J-35 or Tahlequah, began pushing her dead newborn calf last July off the coast of Vancouver Island. With the help of other members of her pod, she kept the dead calf afloat for 17 days while swimming hundreds of miles, an exhausting effort that interfered with the pod’s ability to hunt.

There is some debate among researchers about whether the mother whale’s actions displayed grief over her loss. Despite their name, killer whales actually are the largest member of the dolphin family. Both killer whales and dolphins have been known to keep dead newborns afloat, but not for such a lengthy period. Grief is a complex emotion that hasn’t been observed in most animals, although some research points to mourning by some species that live in tight-knit groups, including chimpanzees, elephants and giraffes.

“Some previous studies suggest that the mother’s contact with the lifeless body could be important for the mother to make a psychological adjustment to the death of her offspring,” she said. “In any case, those behaviors show how complex these animals are.”

Previous research has shown that captivity can alter the personality of killer whales, increasing neuroticism and aggression. Physical changes, such as dorsal fin collapse, also have been observed.