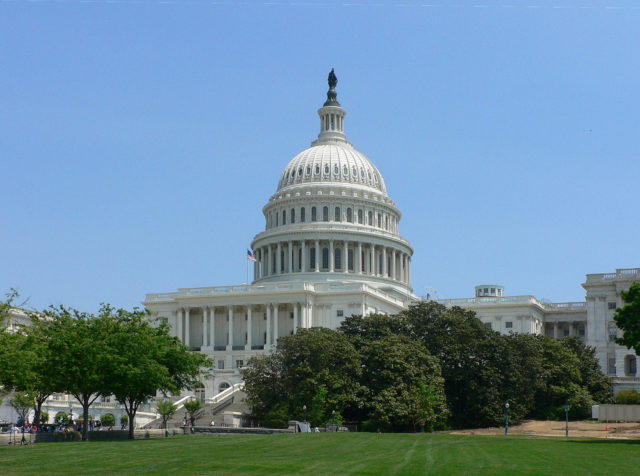 While the Republicans breathe a sigh of relief, and the Democrats celebrate winning control of the House of Representatives, Israel is mainly focused on analyzing the political ramifications of the United States midterm elections outcome, and has yet to comment on the results.

Deputy Minister in the Prime Minister’s Office Michael Oren was the only one who said that the Republican Party’s loss of the House, would prompt US President Donald Trump to invest more time in foreign relations and present his “deal of the century,” meant to resolve the Israeli-Palestinian conflict.

According to Oren, the US midterm election results will effect Israel, leading the country to reinvest efforts in the battle against Democrats and liberal Jews.

However, Israeli officials said Wednesday that the Senate—which remains under Republican control—would not change its stance towards the Jewish State. However, the fact that several American Muslims, who publicly express their anti-Israel views, had been elected to the House, makes the situation there far more complex.

Nevertheless, pro-Israeli Democrats will still lead House committees, with the most prominent being Eliot Engel, a Jewish congressman that will head the Foreign Affairs Committee.

A total of five Jewish Democrats will lead main committees in the House of Representatives, among them California’s Adam Schiff, heading the House Intelligence Committee.

Israeli senior officials expected that a tie in Congress, which would see the Senate remain Republican control and the House under Democratic control, would alter the dynamics of US politics. However, it is still too soon to tell whether it would trigger domestic or foreign changes in US politics.

One of the first tests of the new leadership will be the elections for Congress, whose Foreign Affairs Committees’ members are considered to be critical of Israel.

“We have to wait and see how this pans out. If (Congress members known for their criticism of Israel-ed) are appointed to domestic affairs committees, it would signal the leadership is not interested in a confrontation with Israel,” according to Israeli Consul General in New York Dani Dayan.

Dayan said that over the past few months, he had met with almost all new congress members in New York, New Jersey and Pennsylvania, in an attempt to establish joint work relations.

In addition, AIPAC (the pro-Israeli lobby in Washington) representatives have met with all candidates for Congressional elections.

Democratic Party officials added that many of the Congress members elected by the party are pro-Israeli.

However, officials affiliated with the Republican Party said Israel should be very worried, since the Democratic Party is shifting more and more to the left wing, with its anti-Israel policy strengthening.

Israel is losing young voters’ support in the US

The Jewish State’s main problem is the criticism it draws among the Jewish and non-Jewish American youth.

According to latest surveys, the voting rate among the young people in the US has increased by 50 percent in the last elections in comparison to the previous ones, and by 2020, 22 million young voters will be eligible to vote.

The younger segment of the population in America views Israel as the bad side of the conflict with the Palestinians. In other words, the Democratic electorate in the US is gaining power in anticipation of the next presidential elections, and Prime Minister Benjamin Netanyahu should prepare for a possibility of losing his good friend in the White House.

Another point against Israel is the fact the Democratic candidates are more dependent of small rather than on big funding sources for their campaigns, which will decrease the influence of major Jewish donors.

Seventy-nine percent of American Jews gave their vote in the midterm elections to the Democratic Party. Most of them do not consider Israel as a factor influencing their vote, find less interest in the Jewish State and are more preoccupied with domestic issues, especially social matters.

J Street, the American liberal lobby attempting to promote an Israeli-Palestinian agreement, scored a big achievement after 120 candidates whom it had endorsed were elected to the House.

The pro-Israeli lobby doubled the sums it raised for its candidates in the 2014 midterm elections, and now supports more than half of the Democratic members in the Senate and the House.

J-Street’s President Jeremy Ben-Ami said, “Voters across America, including a large majority of American Jews, strengthen the democratic values in the US and its ability to demonstrate responsible leadership to the world.”

“By impeaching many of Trump’s allies, US citizens said no to hatred, no to racism, and no to wars of choice in the Middle East. They elected a Congress that will act with responsibility to restrain Trump and his policy,” Ben-Ami explained.