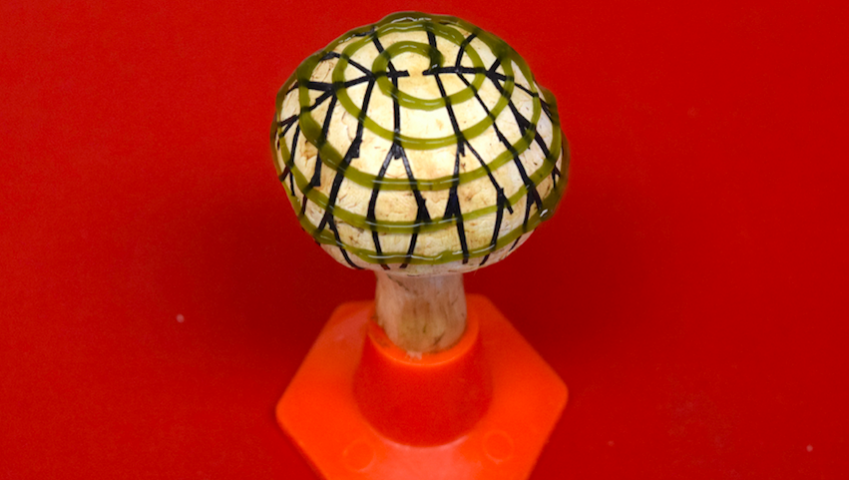 In the quest on the lookout for alternative friendly sources of energy US researchers have taken an ordinary white mushroom from a grocery store and made it bionic, covered with bacteria and an electrode network that produces electricity via photosynthesis.

The mushroom provides great symbiotic conditions for the bacteria to thrive. The mushroom would provide shelter, temperature, moisture, and nutrients, while bacteria 3D-printed on the mushroom’s cap would supply energy by photosynthesis.

The scientists at Stevens Institute of Technology found the Cyanobacteria which are common on land and in the oceans, survived several days longer on the mushroom than on other surfaces.

The research was carried out by Manu Mannoor and Sudeep Joshi and their results published in the ACS journal Nano Letters.

“In this case, our system – this bionic mushroom – produces electricity,” said Manu Mannoor. “By integrating cyanobacteria that can produce electricity, with nanoscale materials capable of collecting the current, we were able to better access the unique properties of both, augment them, and create an entirely new functional bionic system.

To make their bionic mushroom a reality, the researchers first 3D printed  a” bio-ink” containing cyanobacteria onto the cap of a living mushroom in a spiral pattern intersecting with the electronic ink at multiple contact points. The ink containing graphene nanoribbons intersected with the electronic ink at multiple points.  At these locations, electrons could transfer through the outer membranes of the bacteria to the conductive network of graphene nanoribbons. Shining a light on the mushroom activated cyanobacterial photosynthesis, generating a current of about 65 nanoAmps.

Although this current is insufficient to power an electronic device, the researchers say that an array of bionic mushrooms could generate enough current to light up an LED.

With this work, we can imagine enormous opportunities for next-generation bio-hybrid applications,” Mannoor says. “For example, some bacteria can glow, while others sense toxins or produce fuel. By seamlessly integrating these microbes with nanomaterials, we could potentially realize many other amazing designer bio-hybrids for the environment, defense, healthcare and many other fields.”

The researchers are now working on ways to generate higher currents using this system. They say that this 3D-printing approach could be used to organize other bacterial species in complex arrangements to perform useful functions, such as bioluminescence.