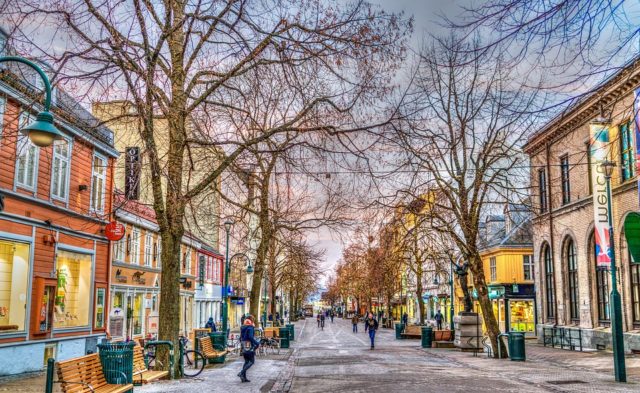 Norway’s economy Is one of three world economies with $70,000 GDP per capita (Luxembourg and Sweden are the other two). Unemployment in 2017 was around 4.2 percent. Economic growth was 1.8 percent. The government controls 31.6 percent of publicly-listed companies and owns other non-listed companies as well. And I just had a brief talk with one of the old timers that I hit golf balls with and he thought that Norway is completely capitalist. Republicans do not want to tell you just how socialism can be. I’ve Never Been to Norway, but I’ve Been to Oklahoma.

Venezuela on the other hand is making headlines because Trump, Ken Langone of Home Depot, and even people that I know (Republican) are mentioning Venezuela as the beacon of socialism when it is not. You will find out more about Norway later, but let’s look at our own history.

There have been riots throughout our history. When I was still teaching on the Lower East Side, a student provided some background information about the riots that had taken place in our community over a decade before. He mentioned that the sign over one of the vacant stores that had been set on fire revealed to him the name Ox Brothers. I had to correct him and perhaps I was one of the few teachers who could do that. You see I used to walk those streets and shop at the push carts on Avenue C. I went to the Kosher butcher there to make our family’s purchases. The name of that store was Fox Brothers and the F had been destroyed.

Here is an example of how things were very much the same in the 1960s as they were when our immigrant relatives first came here. There were food riots in New York and the Lower East Side was one of several areas where they happened. This is also reminiscent of Irish history when the potato blight hit. The cost of food went up very fast, too fast. Chicken prices (we were always eating chicken soup at home) went from 20-22 cents per pound to 28-32 cents per pound. You can read more in Alan Singer’s article with Jasmine Torres in 1917 Food Riots Led By Immigrant Women Swept U.S. Cities, but Trumpism was alive when the Police inspector John F. Dwyer testified how the rioting continued after women heard Marie Ganz speak in Yiddish. She, like my grandparents, was from Galicia in Austria-Hungary.

I can just picture Trump saying that she spoke in Yiddish and the women kept rioting. That was horrible. We need America First to keep those immigrants out. Dwyer was later implicated in real estate fraud. Actually in St. Louis, Missouri, a movement called “Feed America First” was organized, because people were actually starving and people like John D. Rockefeller contributed to the massacring of people who protested (the Ludlow Massacre was one example). And what was particularly the right thing to do at that time was selling food at cost in New York State so people would not starve. That was crushed by farmers in New York State. After reading a few books on Irish history, we have to commend those efforts that were taking place in America. Justice was destroyed back then as it often gets destroyed in different ways.

As far as Norway goes, we can learn about socialism from Norway and it is so critical to learning about socialism. First of all there is the article that appears on the internet about federal taxes before the 2016 Election which shows Norway vs. Massachusetts and Florida (comparing two types of states for state taxes paid). After all deductions the person with $537,000 of income in the three jurisdictions is compared and the person in Norway come out ahead, even though there are tremendous entitlements in Norway. Florida does have a lower tax bill than Massachusetts (by $25,000) but Norway beats Florida by $85,000. See for yourself Comparing Tax Rates. Trump and others told you that we had a higher tax rate (which was true), but he did not tell you that we did not do as well as Norway in tax performance.

And now after his tax cuts have produced a deficit, he wants the cabinet programs to take a 5 percent cut, including defense.

More on Norway in After living in Norway, America feels backward.

Now after touting a $110 billion dollar arms deal with Saudi Arabia we find out that the amount turned out to be about $14 billion.

Now after being the great job builder, Indiana, home of Mike Pence and that special visit to Carrier Air Conditioning, did not save that many jobs and job performance is not good. And all that talk about the forgotten American probably is not going to work since the jobs engines are in blue states. I see booming projects here in Suffolk County.

Here is one such project to learn about. It is called Islandia Village Commons. I just went to the meeting with our neighbors last night. This is an example of what is probably going on in a significant percentage of construction projects across America. See The Midwest’s Economy About to Get Pummeled. You tell me if Trump deserves credit.

Amount of cost of Islandia Village Commons is projected at $100 million for a mixed-use project including a hotel, apartments, and retail space.

How far has it advanced? There has been work on the property, but the plans have not been approved by the Islandia Village Board. Groundbreaking may take another three years or more. Conceivably the next president of the United State could take credit for the jobs created.

Here is an update about my Elizabeth Warren article. Major newspapers have now written that the truth about Warren was not correctly revealed, leading to a backlash by the Cherokee Nation and others. Let’s go to Fox News and Tucker Carlson with a relative of America’s Pocahontas. And where is the support mentioned on that program after Warren took the DNA test and passed it? Pocahontas Descendant Has a Challenge for Elizabeth Warren.

Forget the conversation on Venezuela and let’s spread the word about Norway.