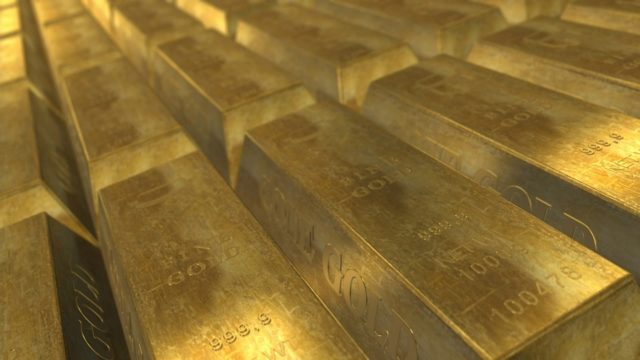 Today the price of gold and the US dollar are both standing strong and firm as the minutes from the September Federal Reserve’s meeting were released. The notes reinforced expectations of a much tighter monetary policy in the US, along with a raised interest rate coming at some point of this year.

Despite the US President Donald Trump sharing his view that the interest rate hikes have already been taken up too much, Federal Reserve policymakers feel largely united that borrowing costs need to be taken even higher.

The Director of the National Economic Council, Larry Kudlow, stated that Trump was not demanding a policy change from the Federal Reserve despite his criticism that rising US interest rates were among the chief threats to his administration.

Another important point to consider is that Trump has said that he is not prepared to abandon the relationship that he has built with Saudi Arabia, despite the news regarding the disappearance of a Saudi journalist who was a member of the Muslim Brotherhood. Instead Trump has sought proof to the claim that he was killed by Saudi agents that has come from Turkey.

Asian stocks edged lower, with it being reported that Asia-Pacific shares outside of Japan are down 0.3%.

During September the new bank loans in China rebounded, after a two month dip, however, the credit conditions are still tight, which could be caused by the ongoing tariff war with the US.

In Britain, the British Prime Minister Theresa May appeared in Brussels, discussing Brexit and reaching a deal. She still seems certain that a deal can be met despite their being stalled talks and a failure in the negotiations.

At the same time, Guenther Oettinger, the commissioner from the EU budget, denied a report in the media that stated the EU Commission had already rejected the draft budget from Italy that will cover the next year.

Want the most up to date news around the gold rate? Why not check out GoldRate.com and you can see exactly what the price of gold is.